Post Ajab Prem Ki Ghazab Kahani, Upen didn’t take up any project (or so does he claim). Considering his nose-diving Bollywood career, Upen must have taken up Bigg Boss 8 as a right platform to elevate his popularity levels on television. 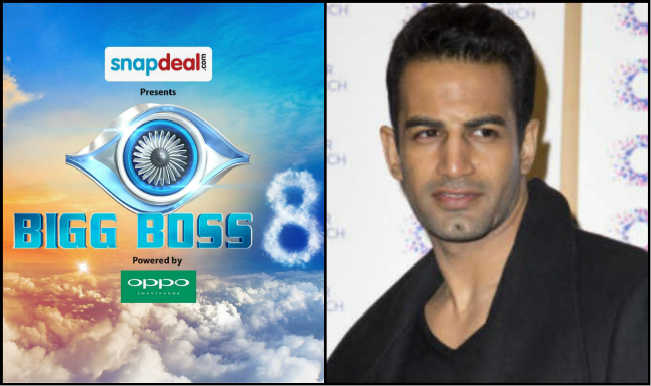 Bollywood actor Upen Patel has been confirmed as one of the final passengers of the Bigg Boss 8 flight. Upen made a grand entry at the openening ceremony of the show. The actor who was last seen in films like Namastey London and Ajab Prem Ki Gazab Kahani, was seen setting the stage on fire as he danced with Elie Avaram. Elie, who was seen in the seventh season of Bigg Boss 8 made Upen groove to the beats of the title track from Salman Khan starrer Kick. The actor’s sexy sculpted body might have sent ladies into a frenzy  but his unimpressive acting skills couldn’t take his Bollywood career too far. Upen had also made appearances in several music videos, one of it being Kya Khoob Lagti Ho. Also Read - Bigg Boss October 20 Episode Major Highlights: Hina, Gauahar Get Into Heated Argument With Sidharth, Rubina Wants To Quit

The actor who had been living in London since quite a while now, looked no less than a stud dressed in a black tuxedo. On being asked why he was entering the Bigg Boss plane, he said that he is on the show to have a different experience. Upen, who has been roped in for the show was also seen flirting with Elie Avram in front of her ‘good friend’ and host of the show Salman Khan. Post Ajab Prem Ki Ghazab Kahani, Upen didn’t take up any project (or so does he claim). Considering his nose-diving Bollywood career, Upen must have taken up Bigg Boss 8 as a right platform to elevate his popularity levels on television. Also Read - Bigg Boss 14 Somvaar Ka Vaar October 19 Major Highlights: Sidharth Shukla Gets Into Heated Argument With Hina Khan, Gauahar Khan

While Upen is pretty popular for his casanova image, it would be too much fun to see sparks fly as he would be surrounded by Bollywood beauties like Karishma Tanna and Xpose actress Sonali Raut.