Vaani Kapoor’s birthday gift from YRF: Befikre poster where she is not kissing Ranveer Singh, but has HOT abs!

Kiss or no kiss, Vaani Kapoor is looking HOT with that flat tummy! Just check out her fit bod, man! She is taking away all the attention from Ranveer Singh.

Actress Vaani Kapoor was born on August 23, 1988, and celebrated her birthday yesterday. The actress, who made a splash with her latest revealing pictures where she is showing off her assets under a jacket, is being touted as the newest hottie on the block. Vaani Kapoor is not new in Bollywood but her film Befikre opposite Ranveer Singh has made her a bigger star than her earlier supporting role in Shuddh Desi Romance. She also starred in the south remake of Ranveer Singh and Anushka Sharma’s Band Baaja Baaraat (also produced by Yash Raj Films), and so her chemistry so far in the Befikre posters seems like she has been dying to work with the Bajirao Mastani hunk! Vaani Kapoor and Ranveer Singh’s every poster of Aditya Chopra’s Befikre has been a kissing one and has broken the Internet! SEE ALL THE BEFIKRE POSTERS HERE! Also Read - Karan Johar is Back on Social Media, Comments on THIS Actor’s Instagram Post

But on Vaani Kapoor’s birthday, it seems Yash Raj Films wanted to take it easy, and so they released a new poster of Befikre wherein for a change, the lead pair of Ranveer Singh and Vaani Kapoor is NOT kissing! No prizes for guessing why this poster of Befikre didn’t exactly go viral. But if you look closely at the full poster of Befikre below, you will realise that kiss or no kiss, Vaani Kapoor is indeed looking HOT with that flat tummy! Just check out her fit bod, man! She is taking away all the attention from Ranveer Singh. The Befikre as well as YRF team also released two GIF images of Vaani Kapoor on her birthday. Also Read - Shekhar Kapur to Dedicate His Ambitious Project 'Paani' to Sushant Singh Rajput, Says 'It Has To Be Made With Humility, Not Arrogance' 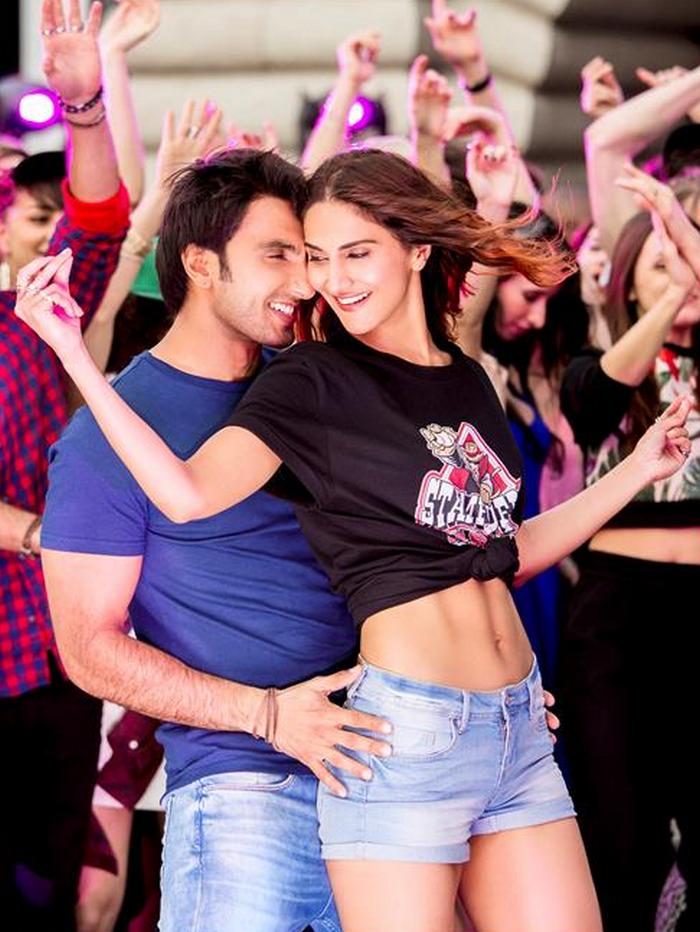 YRF released the new poster of Befikre saying, “#HappyBirthdayVaani! 23 August 2016 Ranveer’s new girl is as #Befikre as it gets & we love her for it!  #HappyBirthdayVaani!#BefikreOn9th”. Well, the reference to 9th is actually December 9, 2016, the release date of Befikre. Seeing all the posters of Befikre and the tone of the film, we were surprised to see Aditya Chopra directing a different kind of film! Looks like marriage to ace actress Rani Mukerji and fatherhood to Adira Chopra has made Adi Chopra turn over a new leaf, as also the demise of his father, the maverick filmmaker Yash Chopra. (ALSO READ: Befikre new poster: Another steamy kiss between Ranveer Singh and Vaani Kapoor! What’s happening, Aditya Chopra?)

Our best wishes to Vaani Kapoor on her birthday, and we now can’t wait to see what Befikre and the hot new Befikre couple is all about! Hope the movie doesn’t leave us feeling dry like YRF’s Shuddh Desi Romance, directed by Maneesh Sharma.