Varun Dhawan is All Praises For Anushka Sharma, Says ‘Proud of You Producer Saab’

Bollywood actor Varun Dhawan is all praises for Anushka Sharma in his latest Instagram story and said that he is proud of Anushka the producer. Also Read - Paatal Lok Teaser Out: Anushka Sharma's First Web Series on Amazon Prime is About Darker Side of Humanity 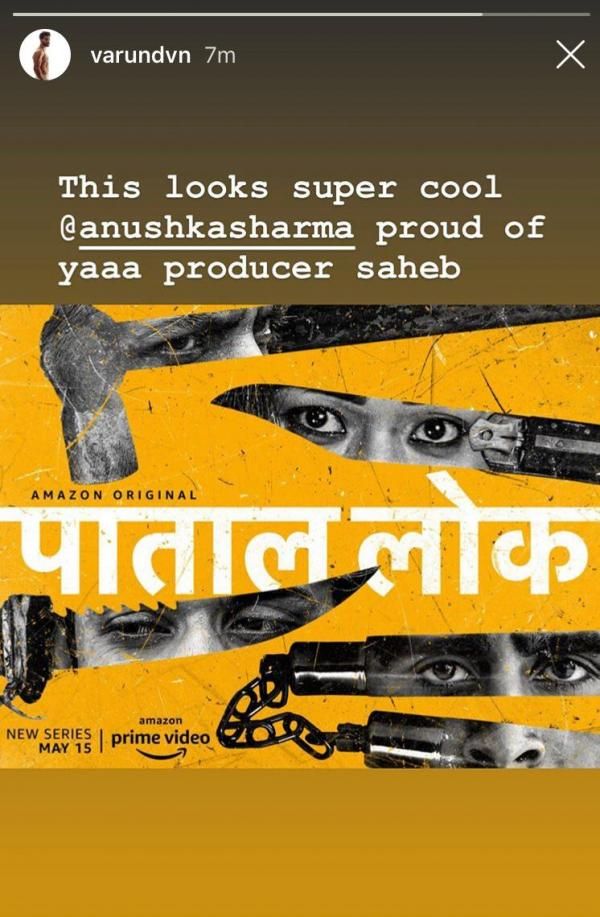 Anushka Sharma and Varun Dhawan were last seen together in Sui Dhaaga movie.

OTT platform Amazon had earlier announced that they will be streaming 20 shows globally of which, one will be an Anushka Sharma production. The show has been created by Sudip Sharma who happens to be the writer of Anushka Sharma’s NH 10 & Shahid Kapoor starrer Udta Punjab.The series will be backed by Clean Slate Films. The exciting new Indian Prime Original series would be an investigative thriller that also talks about the scathing commentary of modern day Indian society as well as politics. The series went into the pre production stage in February 2019.

Varun Dhawan, who was last seen in Street Dancer 3D, will be next seen in Coolie No 1 co-starring Sara Ali Khan. The movie is the remake of iconic comedy film of 1990s of the same name. Varun Dhawan is one of the most talented Bollywood actors and he recently turned 33.