Varun Dhawan celebrates his 33rd birthday with the family at home. He shares a few pictures of his small birthday celebration on Instagram. Check out the heart-shaped chocolate birthday cake of the actor.

Actor Varun Dhawan celebrated his 33rd birthday at home with family on Thursday night. The actor cut a heart-shaped chocolate cake and posted the pictures of the same in his Instagram stories. Varun is celebrating a quiet birthday this year while spending time with his family members and playing with his niece. In one picture, Varun’s beautiful home-baked cake is seen while in the other, he can be seen posing in front of the cake. Also Read - Entertainment News Today, April 24: Varun Dhawan Celebrates Birthday With Family, Engagement Announcement With Natasha Dalal Postponed

As per a report in Mumbai Mirror, apart from celebrating it with the family, Varun has also planned to make his special day big for the wage workers as well. The actor has already been working towards the welfare of the daily wage workers and helping them in the times of the coronavirus crisis. He has reportedly decided to donate more and help even more aggressively by joining hands with various trusts and organisations working to provide food and other essentials to the needy in these uncertain times. Also Read - Happy Birthday Varun Dhawan: Top10 Dialogues of The Bollywood Heartthrob 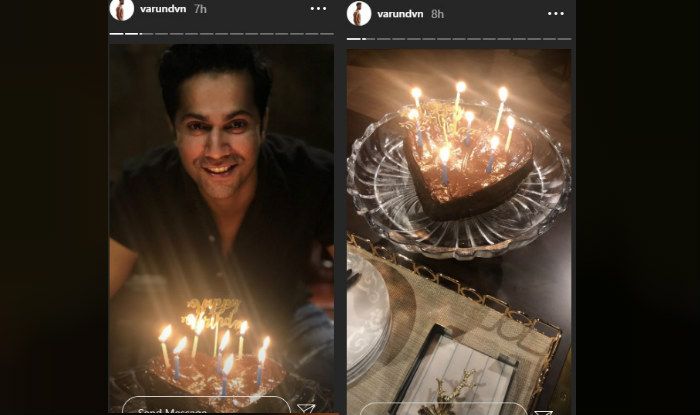 The report in the daily also reveals that the actor has started praying once again. After starting his day with a glass of warm water and working out at his in-house gym, the actor goes on to take bath and pray before continuing to plan his day. He even ends his day with a prayer. Also Read - Varun Dhawan's Relative Has Coronavirus, Actor Says, 'Until it Happens to Someone You Know, You Don't Take it Seriously'

Talking about his birthday, Varun’s father David Dhawan told Mid-Day that the actor has been spending his birthdays at home for the last few years and currently, he is too worried about the health of his parents. The director said he is diabetic and that’s what worries his son even more. The daily also reported that the family had planned to announce Varun’s engagement with Natasha Dalal on his birthday but things have been put on hold until normalcy returns after the crisis.