A mock terrorist attack was carried out as part of a security drill at the 69th Cannes International Film Festival or Cannes 2016 that begins on Wednesday, May 11. 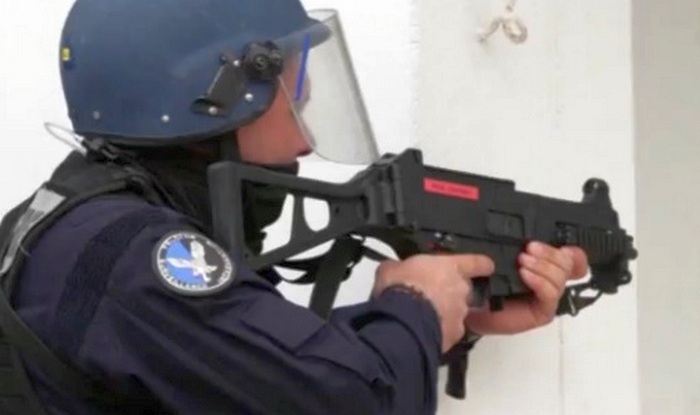 A mock terrorist attack was carried out as part of a security drill at the 69th Cannes International Film Festival or Cannes 2016 that begins on Wednesday, May 11. France has seen a number of terror attacks in recent times, and organisers of the prestigious annual film festival do not want to take a risk. They have hired as many as 400 security personnel to take care of any threats the festival may face. France’s Interior Minister Bernard Cazeneuve had informed a day ago that bomb experts will be carrying out daily sweeps at the Cannes film festival, as France faces its highest ever terror threat. France is still under a state of emergency after two terror attacks in the country by the Islamic State (IS), including the one on employees of satire magazine Charlie Hebdo. Also Read - Major Terror Attack Foiled in Delhi, Two JeM Terrorists Arrested

So at Cannes 2016, the famous celebrities from Hollywood, European cinema, Bollywood and film industries from across the world will have to be ready for security checks on the red carpet and other locations, just like at the airport. Cannes is also facing a threat from random thieves and robbers, say reports, with so many high-profile guests in the town at one go. Also Read - Al-Qaeda Planning Terror Attack in West Bengal, Recruiting Locals Through Online Media: IB Report

The festival, held on the banks of the French Riviera each year, will have 500 closed circuit television (CCTV) cameras installed to monitor any terrorist attack, Mayor David Lisnard revealed to the media. Watch the mock terrorist attack video at Cannes Film Festival 2016!