The story which began on the sets of a shampoo advertisement finally seems to meet a fairytale end! Virat Kohli and Anushka Sharma are the latest to join the list of Bollywood-cum-cricket love sagas! 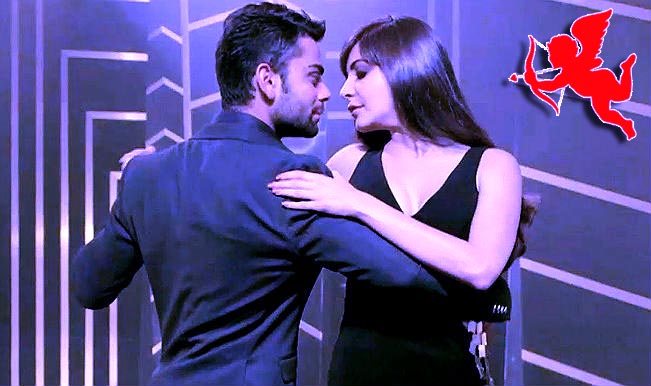 The dashing Indian batsman Virat Kohli has publicly confirmed that he and Anushka Sharma are seeing each other. The revelation puts an end to all the speculations that were doing the rounds for quite some time now. India’s stand-in-skipper declared of his love by saying, “its out in the open and the public should respect their privacy“. The first official statement on the most-speculated issue related to the stars in spotlight in recent times came at a public function on Thursday, where the top batsman was present to launch his fashion line ‘Wrogn’. Also Read - IPL 2020: For RCB Allrounder Chris Morris, Cricket Without Pressure is Boring

Virat Kohli said that it is pretty obvious the duo is in relationship and it is up to the public to let some sense prevail by not breaching their privacy. The Delhi player said, “Jo bhi hai, aapke samne hai (Whatever is there, is out in the public). We aren’t hiding anything and there is nothing to hide either. We will personally not like to speak anything about it as it is something very personal to us.” Also Read - IPL 2020: RCB Skipper Virat Kohli Reveals His Cricket Superstition While in Conversation With Pep Guardiola

Talking further about the relationship Virat Kohli said, “If you’re seen together somewhere and the public still ask, ‘is it confirmed?’ It is a common sense. The same things shouldn’t be asked repeatedly. It should be respected by the media and the public as well.”

It’s for the first time that either of the two, Virat Kohli or Anushka Sharma has confirmed over their love affair. With Kohli confirming the relationship, the so-called ‘just friends’ tag can be dropped now, and the relationship status can definitely advanced to ‘dating’. The duo was recently seen at the Mumbai airport, walking hand-in-hand and trying to evade the questions about their relationship.

The story, which began on the sets of a shampoo advertisement finally seems to have finally met a fairytale end! Bollywood diva Anushka Sharma accompanied Virat Kohli on many foreign tours, be it New Zealand or England and may accompany in Australia. The relationship was quite obvious as there were many public displays of affections of late, only this official confirmation was what was required.

Watch this space for more news on the recent ‘love-birds’ in Bollywood-cum-cricket love saga!