In defence of their relation's privacy, the batsman warns everyone to respect their personal space. 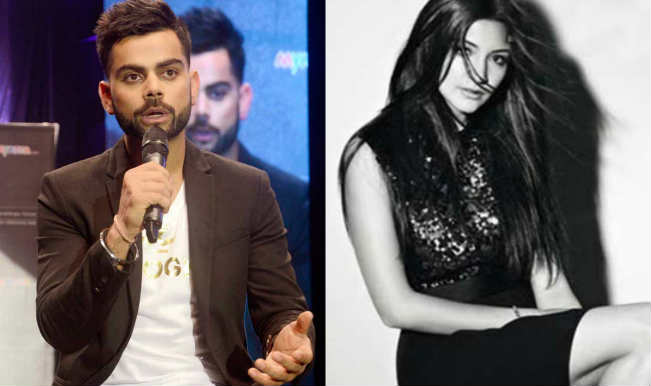 All the hue and cry revolving around the alleged romantic relationship between India’s cricketing icon Virat Kohli and Bollywood actress Anushka Sharma seem to have settled now. For the two individuals have confessed to their love and relationship on occasions if not in so many words. Anushka in an interview with a leading daily opened up about her close equation with the Indian cricketer. The leggy lass had said that she doesn’t want to hide anything from anyone; everything that is going on in their relationship is pretty much visible to all. And same were the tunes of Virat during the launch of his fashion line. But despite the two being open about their relationship, the couple has cautiously hinted the media of maintaining a distance from their personal space! Also Read - Not Far From Achieving my Dream of Becoming MMA World Champion: Ritu Phogat

Virat Kohli during the launch of his fashion line ‘WROGN’ agreed with his girlfriend  Anushka’s comments made in a recent interview said that, “Jo hai sabke saamne hai!” (Everything about our relation is visible to everyone). The stand-in-skipper was quite annoyed with the frequent questions asked to him about their alleged relationship. He justified his anger saying, “But whai chiz k bare me agar repeatedly sawal puche jae aur wo chiz ko agar matter of debate bana dia jae, to wo chiz dono individuals to thik nai lagti.” (If we are asked the same questions repeatedly about the same thing and make it a matter of debate then both the concerned individuals will obviously not like it.) Also Read - India vs Australia 2020: Virat Kohli And Co. Allowed to Train in Quarantine by NSW Government

Additionally, he also stressed on the point that there is nothing wrong in what they are doing.“Agar aap kahi saat me dikhte hai fir bhi apse pucha ja raha hai ki, is it confirmed. I mean, woe k common sense ki chiz hai ki, obviously if you know then why ask the same question. Its just the basic logic behind it.”, says Virat. In defence of their relation’s privacy, the batsman protested, “There is nothing to hide and we would not like to personally speak about it because it is something very personal to us and that should be respected by media and everyone else as well.”

Virat’s last statement was an indirect hint to everyone that the couple doesn’t want anyone to interfere in their private space. Well one can only say that it looks very difficult to keep the world away from Virat-Anushka love story after all it witnesses the unison of two young, talented superstars of their respective individuals!