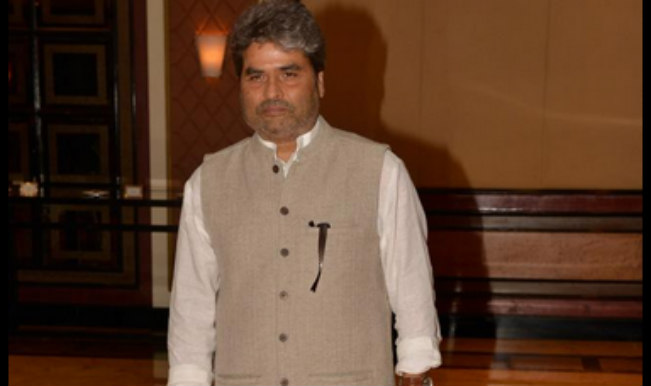 Panaji, Nov 22: Director Vishal Bhardwaj says filmmakers express their experience on the big screen, but they can’t transform society. The “Haider” director believes that movies are mirror of society, but filmmakers are not social workers. “We are storytellers. Whatever happens in life, filmmakers reflect that. We express what we experience. Films can be brought to a level of discussion, but we can’t change society because it is made up of different individuals,” he said here Saturday during a session on “Cinema as a tool for social change” at the ongoing Film Bazaar. Also Read - Vishal Bharadwaj Honours His Friend Irrfan Khan With a Screenplay That Breaks Heart Into Pieces

“Movies are supposed to start agreement or disagreement. That’s the beauty of democracy we live in,” he added. But films should not lead to riots in a country. “Why are we so intolerant? It’s because society is not educated. Proper education should be given and they should understand that they should not create riots when a film releases,” he said. Also Read - Who is Top Lashkar-e-Taiba Commander Haider Who Has Been Killed in Handwara Encounter?

According to film writer Jaideep Sahni, who was also one of the panelists, change in society is a “thing of decades and centuries”. But the writer of movies like “Chak De! India” and “Khosla Ka Ghosla” believes it is important to share your story with the masses.

“Sometimes my parents may not agree with me, but we are all part of the same family so we find a way. I will say what I want to because it needs to come out. The same goes for society. If something is bothering you, the way you talk to your family, the same way you talk to the society through movies,” he said.

He also highlighted that it is easy to make “B or C grade movies”, but if an Indian filmmaker wants to show something related to politics, the movie faces problems. “You can stuff in nudity or action in a film, but if you want to make a film on something like caste issue, someone will clamp down on you,” said Sahni. Film Bazaar, held alongside the annual International Film Festival of India, has packed an array of events for writers, producers, directors and more talents from across the world.