Gen-Z’s most iconic couple Manik and Nandini’s Kaisi Yeh Yaariyan’s third season has started streaming on Voot Originals from 15th May. The first episode received an overwhelming response by the fans. However last week’s episode made a jaw-dropping situation for their fans with MaNan splitting up. They even removed each other from Social media handles. Thursday did leave the fans with surprise with 4 episodes streamed altogether on VOOT. Although it wouldn’t be wrong if fans would call the episode a roller coaster ride of feelings and emotions. Out of 13 episodes, 5 are now available on the Voot app. However, we just our a hands-on few leak BTS pictures. Don’t believe us? The episode 6, 7 and 8 will be air on May 22 (Tuesday). But we have the glimpse of it already. Also Read - Kaisi Yeh Yaariaan Season 3: Kishwer Merchat Says She Enjoys Playing An Antagonist And Her Character Nyonika Malhotra Is Very Close To Her Heart - Exclusive 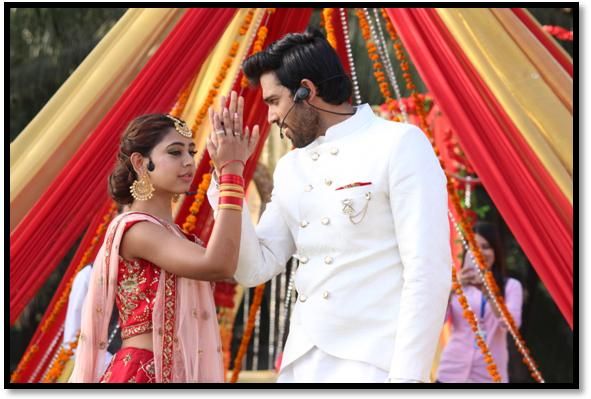 Kaisi Yeh Yaariyan 3 has portrayed a mix of emotions from comedy to romance till now and no one knows what the story withholds in the upcoming episodes. According to a source, Nandini lost her temper on Inaya and is seen abusing her publicly. The talk of the town is Mukti and Zubin are getting married in the next few days. Marriage in india comes with different rituals and events like mehndi, sangeet, etc. Mukti plans a unique Mehendi for herself. How would it be like if you were to spend the whole day handcuffed with your loved one and perform the rituals in a quirky way? Yes, you heard that right. Much awaited fans wish is coming true with Episode 6 where Manik and Nandini will be handcuffed with each other. Will they be back again? Well, you could find that out after watching the episode only. Also Read - Is Kaisi Yeh Yaariyan actress Niti Taylor dating Anubhav Bansal?

Episode 7 : Love is in the pyaar between Manik (Parth Samthaan) and Nandini (Niti Taylor) 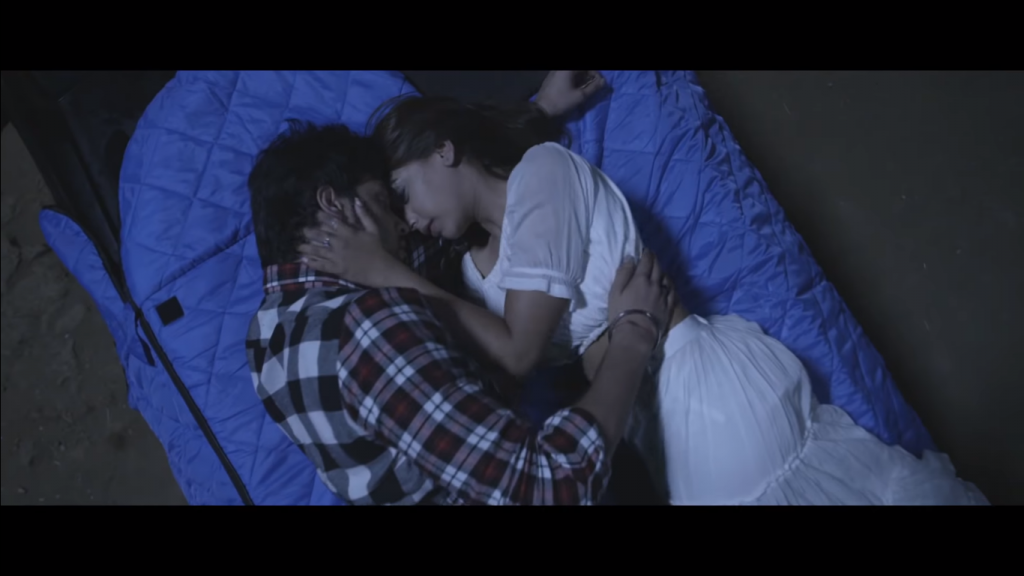 Who could have dreamt that Nandini will propose Manik in the most romantic way ever, the much awaited and by far the best scene of this season is here. Romance is in the air for MaNan under the stars and its the beginning of the perfect relationship. MaNan is back to thrill the fans and make their love for MaNan even deeper. Every guy or a girl dreams of having a relationship with a person whose unadulterated passion blurs everything around you. The much awaited moment in MaNan ’s life is here in the most romantic way possible, on the car under the stars. 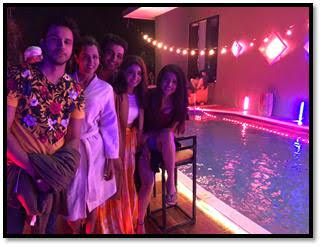 During the shooting of KYY3, pictures of a pool party were leaked. A spinsters party is a must for every girl before getting married. Our very own Nandini Murthy dreamt of having a spinsters party in the outskirts of the town as she knows Manik would gatecrash it. Since Childhood, Niti Taylor dreams of having her spinsters in Vegas. Little did she know that Manik and Zubin have evolved from being a man to becoming a legend, yes you heard that right. It wouldn’t be wrong if we say Kaisi Yeh Yaariyan always gives the best memories. Men dance on music, legends dance without music and that’s exactly what happened during the shoot. As per a source, both Manik (Parth Samthaan) and Zubin ( Pranay Pachauri) were dancing without any music being played and kept burning the dance floor with the moves while imagining the music. These two yaars are surely legends when it comes to dancing without music, making us look forward to the bachelorette and to this season.