Late actor Paul Walker's daughter Meadow shared a touching throwback photograph, in which she is seen smiling away while sitting next to her iconic father. 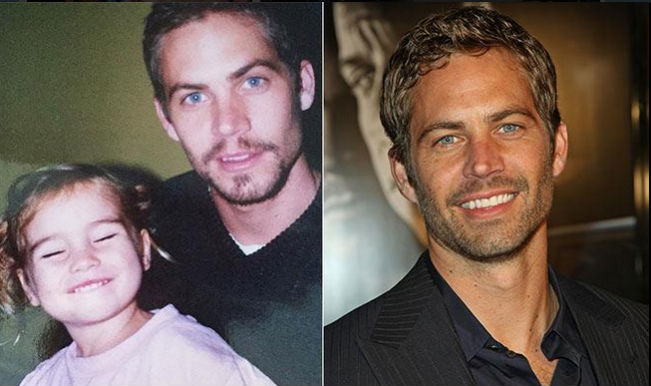 Los Angeles, April 23: Late actor Paul Walker‘s daughter Meadow shared a touching throwback photograph, in which she is seen smiling away while sitting next to her iconic father. The 16-year-old posted the photograph after returning from Coachella, a musical festival, where she had also shared a photograph of her hanging out with actors Vin Diesel and Elsa Pataky from the “Fast and Furious” franchise, reports mirror.co.uk. Also Read - Good News For Fast and Furious Fans, Vin Diesel Starrer Gets Official Podcast

Pataky, who stars in the franchise, had put her arm around Meadow as the group came in for the shot. Meadow, who was spotted letting her hair down at the festival in Indio, California, lived with her father for two years before his tragic death. Also Read - Fast and Furious 9: New Trailer Raises Excitement, Fans Can't Wait For This Action-Packed Movie

She now lives with her mother Rebecca Soteros, and attended the latest instalment’s premiere last week with her family here.
Paul, who tragically died in a car crash in November 2013, filmed a number of scenes for the seventh instalment of the franchise before his death, and his brother Cody thinks Paul would have loved the end result. “I wasn’t nervous to see it. I was more anxious to see how it turned out. It’s bittersweet, but I think Paul would be proud,” he said.