Mirzapur 2 actor Priyanshu Painyuli aka Robin hosted a wedding party with wife Vandana Joshi for their friends from the industry. The newlyweds wore grey outfits and looked totally head over heels in love with each other.

Mirzapur actor Priyanshu Painyuli aka Robin hosted a wedding party for his industry colleagues and friends on Friday in Mumbai. The actor got married to actor and choreographer Vandana Joshi in a beautiful traditional wedding ceremony last month after which the newlyweds flew to Mumbai. On Friday, the two matched their outfits in silver and posed for the paparazzi outside a hotel where they organised the formal party for their friends.Also Read - In Photos: All That Happened at Priyanshu Painyuli-Vandana Joshi’s Day Wedding in Dehradun

Joining them to celebrate their marriage was Priyanshu’s co-star from Mirzapur Shriya Pilgaonkar who played the role of Sweety in the show, actor Sayani Gupta and actor Aashim Gulati among others. While Vandana wore a heavily sequined silver saree that came with a sleeveless mirror-work blouse, Priyanshu wore a sherwani with a grey bandhgala jacket. Together, the two cut a striking picture as they posed for the cameras. Check out a few pictures here: Also Read - Mirzapur 2 Actor Priyanshu Painyuli and Vandana Joshi’s Grand Wedding Entry in ATV Bike- Watch Videos 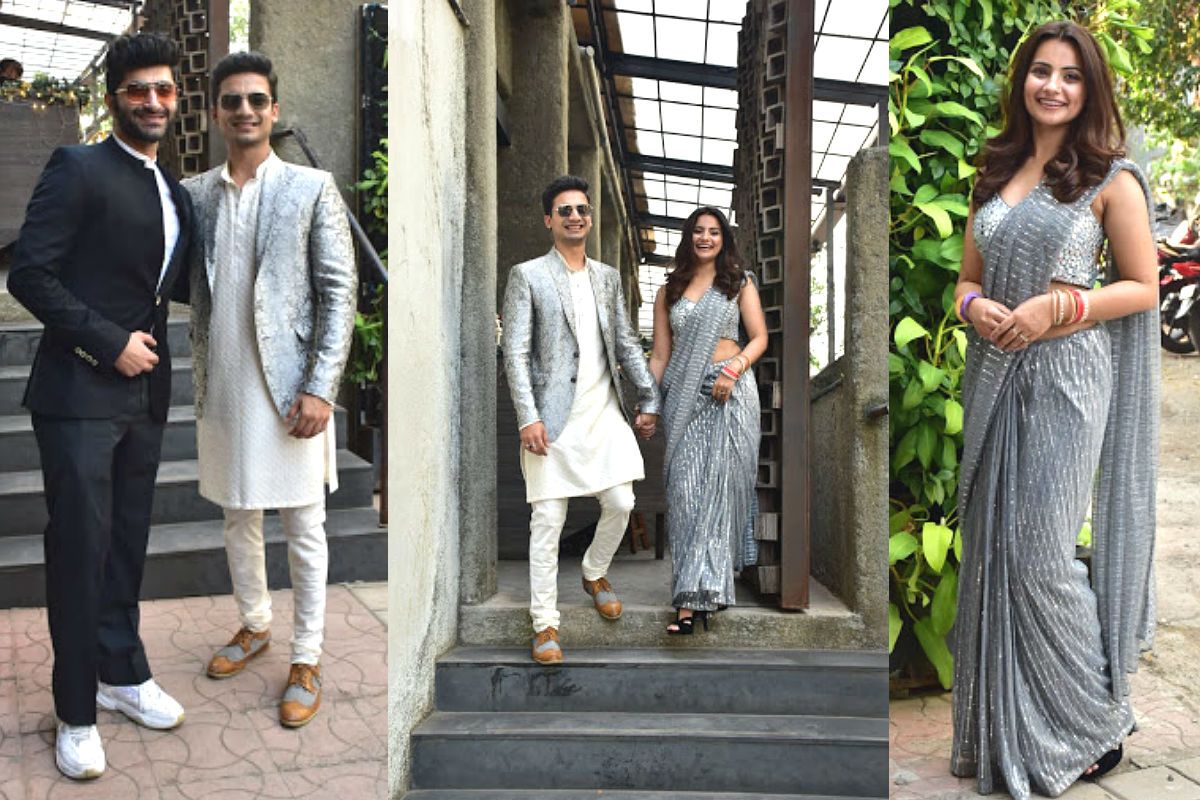 Priyanshu and Vandana flew to Dehradun at the former’s native place for their wedding. The couple looked gorgeous in the shades of pink on their wedding day while in their pre-wedding functions, they coordinated their outfits in the shades of yellow, red, and brown. It was an elaborate traditional wedding for the couple with their own quirky little touch. Also Read - Priyanshu Painyuli-Vandana Joshi's Haldi, Mehendi Pics: Mirzapur 2 Star Ties The Knot in Traditional Wedding Ceremony

Earlier, before leaving for his wedding, Priyanshu talked to Mumbai Mirror and mentioned how he has been with Vandana for over the last two years. He said, “We have travelled and performed together in several countries for around two years. I come from a stage background, and Vandana has been on Dance India Dance and many TV shows. I loved her dancing while she loved my acting.”