Shefali Shah is now the new global face for Indian content after her show, Delhi Crime, won an Emmy Award 2020. In an exclusive interview with india.com, Shefali talks about why she's in favour of capital punishment for rapists, how her show changes the narrative for women in the industry and how 'crimes against women' is not just an 'Indian' issue.

The Nirbhaya gang-rape case of 2012 forced people to come to the streets, walk miles to demand justice, and think about the safety of women in India and all over the world. The incident was relived when Netflix released India’s original web-show Delhi Crime that was a retelling of the case featuring actor Shefali Shah in the role of DCP Vartika Chaturvedi. The series, that recently made India win its first-ever Emmy Award, showed what went behind nabbing the culprits and how in between all the mass outrage and political pressure, there was a woman fighting to deliver justice to another woman. Also Read - The Pankaj Tripathi Interview - Honest, Candid, And Truly Inspiring | Exclusive

When india.com talked to Shefali Shah over a call, she seemed beaming with pride and happiness. The actor has given life to so many strong women on screen but this time, when she turned into Vartika, the world finally sat up and noticed. Excerpts: Also Read - Vidya Balan: I am a Feminist Work-in-Progress | Exclusive Interview

It took India a show about a woman, driven by a woman, to get an Emmy Award. Do you think this is going to change anything about the way female-driven shows are perceived in the country or how roles are written for women in the industry? Also Read - Exclusive: Rahul Bose on Misogyny in Movies, Marital Rape, Domestic Abuse And His Fight For a More Gender-Inclusive World

This is the story of a woman. It was led by women, not just by Vartika but by other female characters also. The whole project was fore-fronted by women and it’s commendable. It talks about a woman, her pain, agony, and her loss of life, and at the same time, it tells the story of another woman who fought for justice and who got the justice delivered to her. There are already a lot of shows that are women-oriented. People are telling the stories from a woman’s perspective. Delhi Crime’s win is now going to reinforce the fact there’s a lot of talent and talent is not gender-based. This is going to cement the fact that the credibility of an artiste is not gender-based. 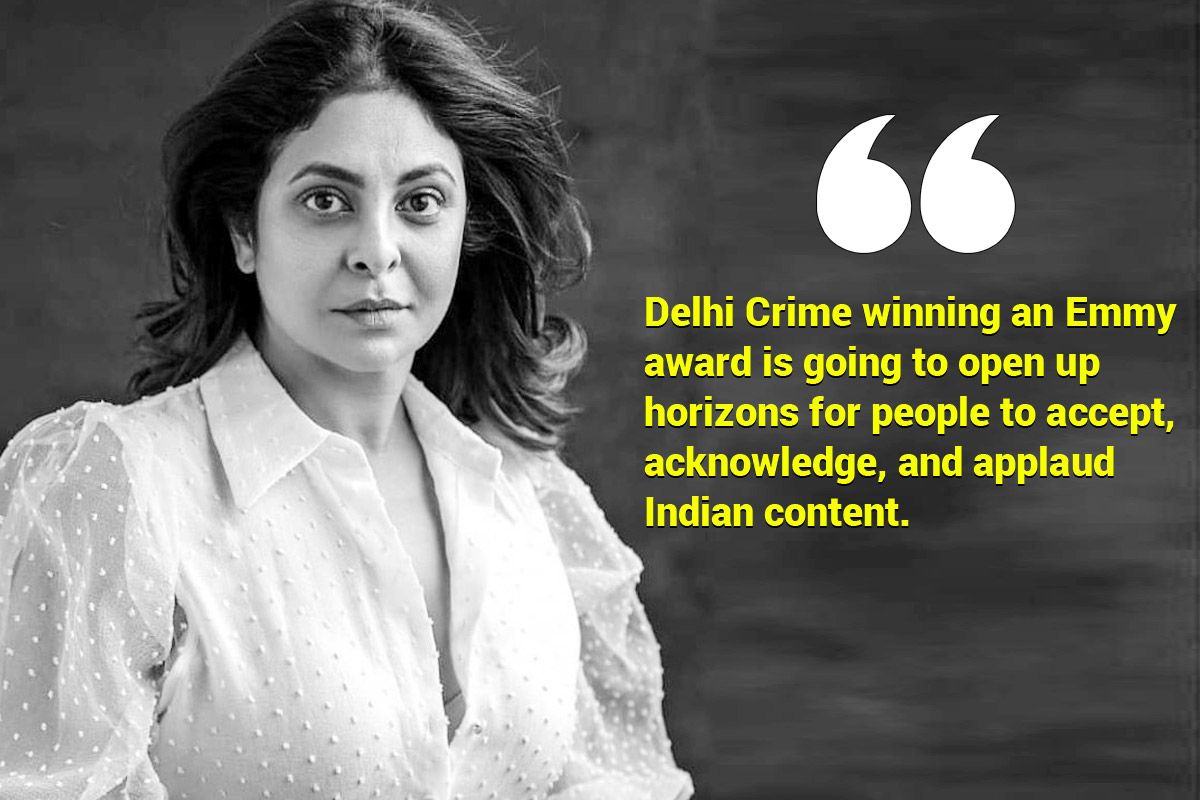 The story of Delhi Crime is real. It is so barbaric that it continues to haunt us because all of us have lived it together. So when such a show comes to you, don’t you just take a step back to realise that before saying ‘yes’, you will have to be prepared to relive that again?

Not at all. I didn’t even bat an eyelid when I said yes to the show. I just instinctively said yes to the show. I thought the story needed to be told. This side of the entire incident… at least I was unaware of. I just knew I had to be a part of it. There wasn’t even one question in my head. And I don’t know any other way of doing any role without being completely consumed by it. Something like this only excites me and this one just hit me right in my gut and I just had to do it.

You represent a strong woman everytime you come on-screen, your character is never complaining about anything though it shows that there’s enough to complain about. Are such characters a deliberate choice as an actor?

No. Honestly, not. I pick a role or a show because I love it tremendously. Yes, all the characters I have played so far have been extremely strong but I would love to do a character that has a sense of vulnerability. It’s a part and parcel of the entire package. It’s not just one aspect of the character. When you see Dil Dhadakne Do, it’s a pretty flawed character and she’s the victim but she’s also ready to carry forward the same problems she had… putting that on to somebody else who is her own daughter. Even with Vartika… she is strong and yet she’s vulnerable. She has her ups and downs. Every character is a combination. And it’s not a deliberate choice. I would never mind doing a character that doesn’t seem so strong.

You are a National Award winner, and now an Emmy, where are you going from here and how does this entire experience change you as an actor?

I just have to work harder, harder, and harder. But that change came in the very beginning when I started doing Delhi Crime because it became my learning curve. Also, yes Emmys is ‘wow’. But, I have had the honour of winning international awards before. Monsoon Wedding won Golden Lion (Venice Film Industry), Gandhi, My Father made me win the Best Actress Award at the Tokyo Film Festival. Delhi Crime won the Best Director, Best Actor, and Best Show at the Asian Film Festival. It’s commendable and it’s the reinforcement of the belief we had in the story, and in the character of Vartika… in what we were making. This show was made out of complete passion without thinking of the results.

Fingers crossed! It’s going to make a difference to not just me, but even to the perception of the Indian content in the world. It has opened up horizons and people have accepted, acknowledged, and applauded the content that has come out of India. 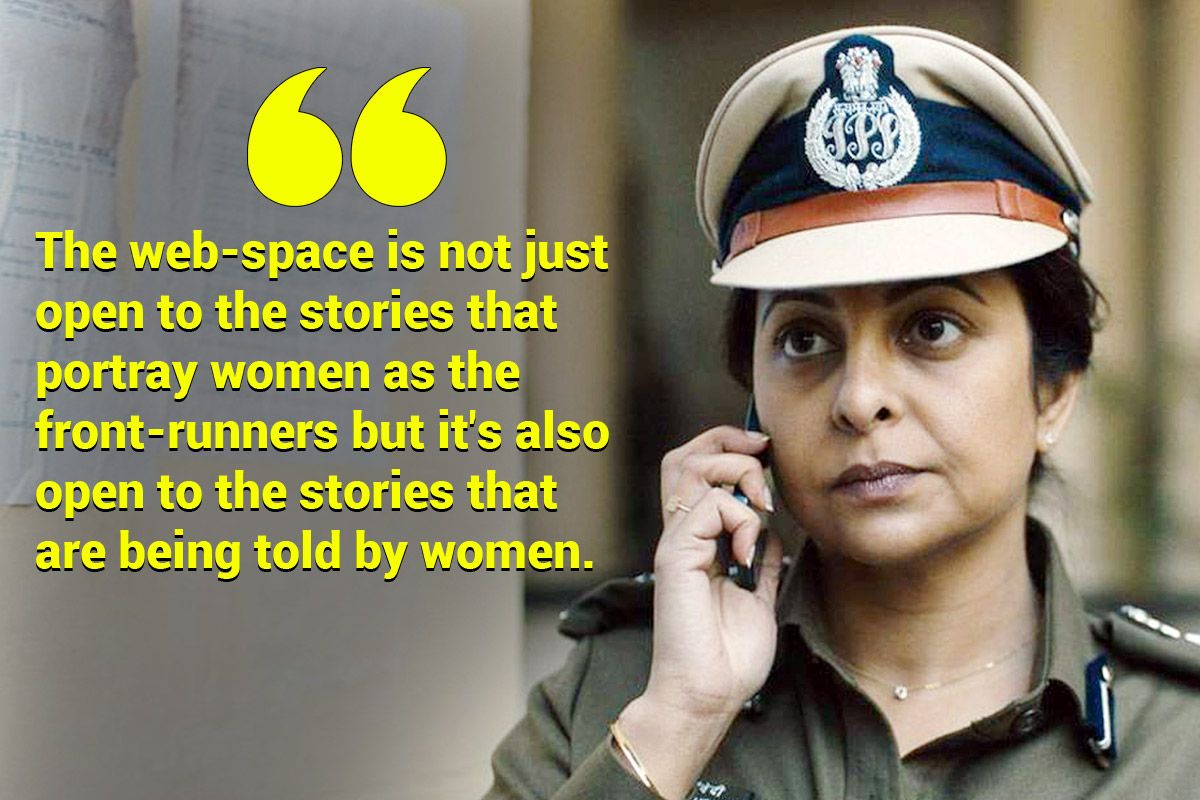 While there’s a wide appreciation for what Delhi Crime has done but there’s also a section of people who think that the country only gets recognised at such international platforms when the content is showing us in a bad light. What do you have to say to this?

Let’s be very clear: This case (Nirbhaya gang-rape case) happened in India but India is not the only place where a rape takes place or where other crimes against women happen. Such crimes, unfortunately, happen all around the world. The show is not just about the loss, pain, and humiliation of one woman. It’s also a story of another woman who got justice. It’s a story of compassion, passion and single-minded force, duty, and justice. It’s unfair to say that this story shows the bad side of India. That’s not true, definitely not in the case of Delhi Crime.

You are a mom to two young boys. How did they react to this win knowing that this is coming for a show which is about rape?

Which was the most intense scene for you in Delhi Crime… something that probably made you believe that what you were doing then is going to resonate with everyone today?

There’s no single moment that I can separate because every single moment was so disturbing, strong, so gut-churning. However, there was this one moment during the interrogation scene (in which) when I heard the other actors describe the culprit, I wanted to tear him apart with my fingernails. It was like somebody had ‘pulled out my guts’. I was sick and so angry. A lot of people told me that at that moment when I hit that shoe at him and abused him… they said it was like an expression of what they all felt. 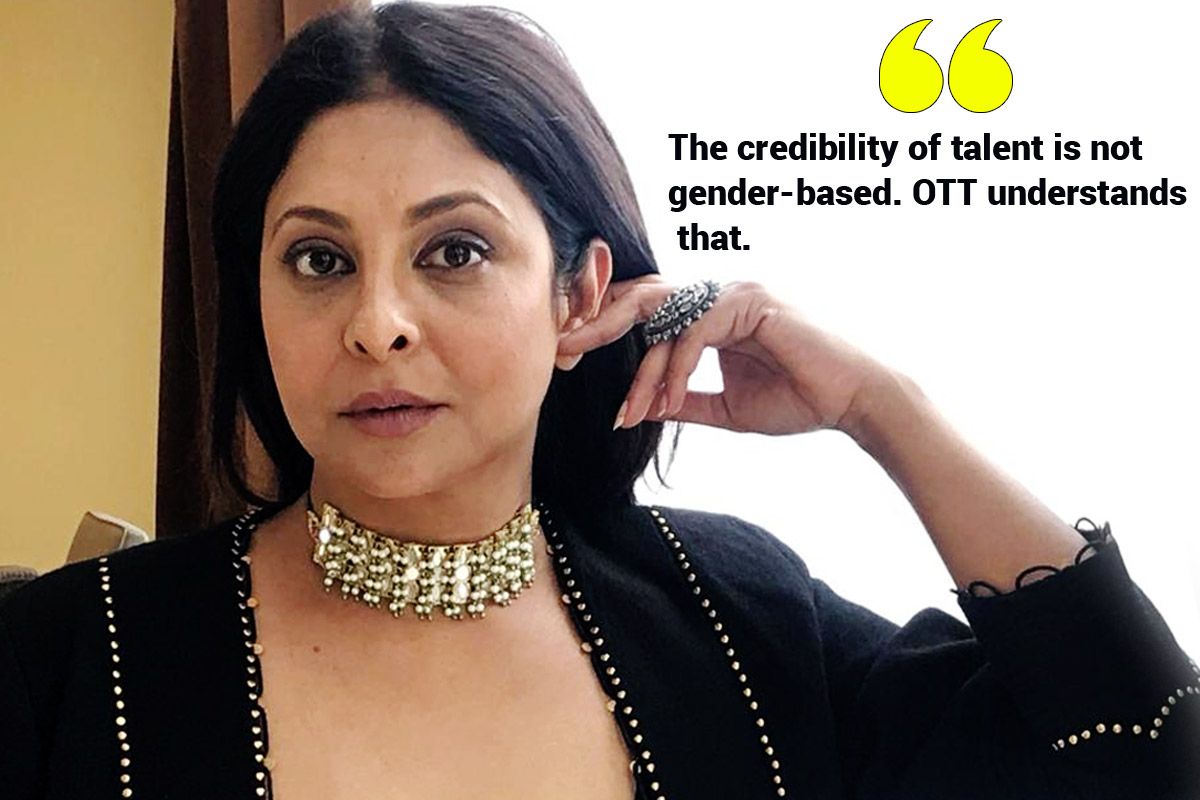 Are you in favour of capital punishment for rapists?

Yes. They deserve what they do to others.

It’s been a long journey for you in the industry now and yet Delhi Crime seems like a breakthrough. Do you consider it a breakthrough in your career?

Absolutely. This is a changing point in my career. This has suddenly put me right out there. People want to cast me in central characters, in pivotal roles. The kind of work that I’ll be doing in the coming years is exactly what I desired all these years. I am just honoured for all the love and appreciation and Emmy becomes a reinforcement of it. But even before this happened, I always thought Delhi Crime was a winner.

Do you think what the web-space today is doing for female artistes is something that mainstream cinema could never do?

Yes. I think so. There are more women-oriented stories because the OTT is ready to take a chance, to put out a show with the protagonist being a woman. But, it is also changing in the cinema. We had Tumhari Sulu, Shakuntala Devi, Lipstick Under My Burkha, Parched – there are stories being told from women’s point-of-view. It’s a change and it’s happening.

So can we say that maybe the OTT is pushing the mainstream cinema space to write better, offer better, or just treat its female artistes better than before?

I don’t know whether the web-space is pushing mainstream cinema. I just think that yes, the OTT is not just open to the stories that portray women as the front-runners but it’s also interested in the stories that are told by women. The credibility of talent is not gender-based and that’s been appreciated, understood, and promoted by OTT.

So what is up the pipeline that is going to bring out an even stronger actor in you?

I am doing two-three films which I am excited about – in the lead cast. I am doing a show called Humans which Vipul (Vipul Shah, Shefali’s husband) is producing and he’s directing along with Moses. It’s about the underbelly of the medical world and unlike anything that the audience has seen. It’s about human drug trials and drug testing and the character is something really different and something I haven’t played before. There are two short films that I have directed. They are going to have their own run. The next few years are very special at work.