Delhi: TV actor Karan Tacker is making headlines for allegedly dating Shreya Chaudhry, who was seen in Amazon Prime Video’s Bandish Bandits. Both of them have been close to each other and leave no stones unturned to comment on each other’s social media posts. Karan and Shreya’s fans have been waiting for the duo to announce the marriage date. However, Shreya Chaudhry and Karan Tacker have not confirmed the relationship. There are reports from several platforms that suggest that the couple will get married in December 2021 and an official statement from the couple is expected soon. A source has informed Telly Chakkar, Karan and Shreya are all set to take their relationship to the next level.Also Read - EXCLUSIVE: Karan Tacker Reveals His Favorite Cuisine, Exercise And Go To Destination, Rapid Fire With Karan Tacker | Watch Video

The source has further revealed that the duo is planning to make an official statement soon on their relationship. It is also reported that Karan has already got a diamond ring for her ladylove Shreya, which he’ll be gifting to her in December this year. Well, now that’s very sweet of him! We are waiting for confirmation from Karan Tacker-Shreya Chaudhry’s side. Also Read - Amit Mistry’s Death Hurts Babil Khan Very Deeply, Remembers Late Actor’s Performance in Bandish Bandits

Also, we got our hands on Karan Tacker and Shreya Chaudhry’s cute conversations in the comment section. Shreya Chaudhry uploaded a photo of hers on which Karan Tacker commented, “Monday crush! (heart emoticon)”. Also Read - Aashram Girl Tridha Choudhury is a Total Fashionista And These 5 Looks Are Proof! 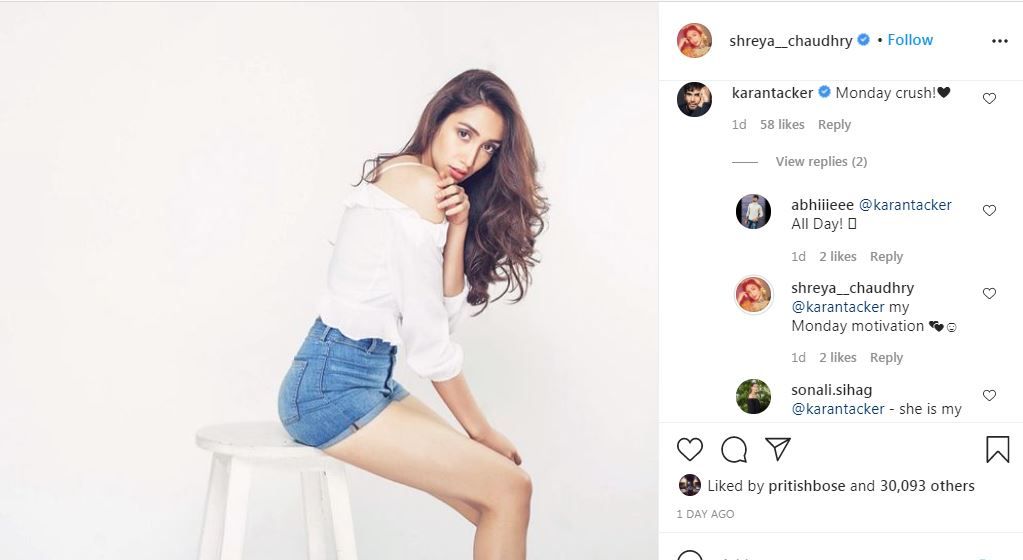 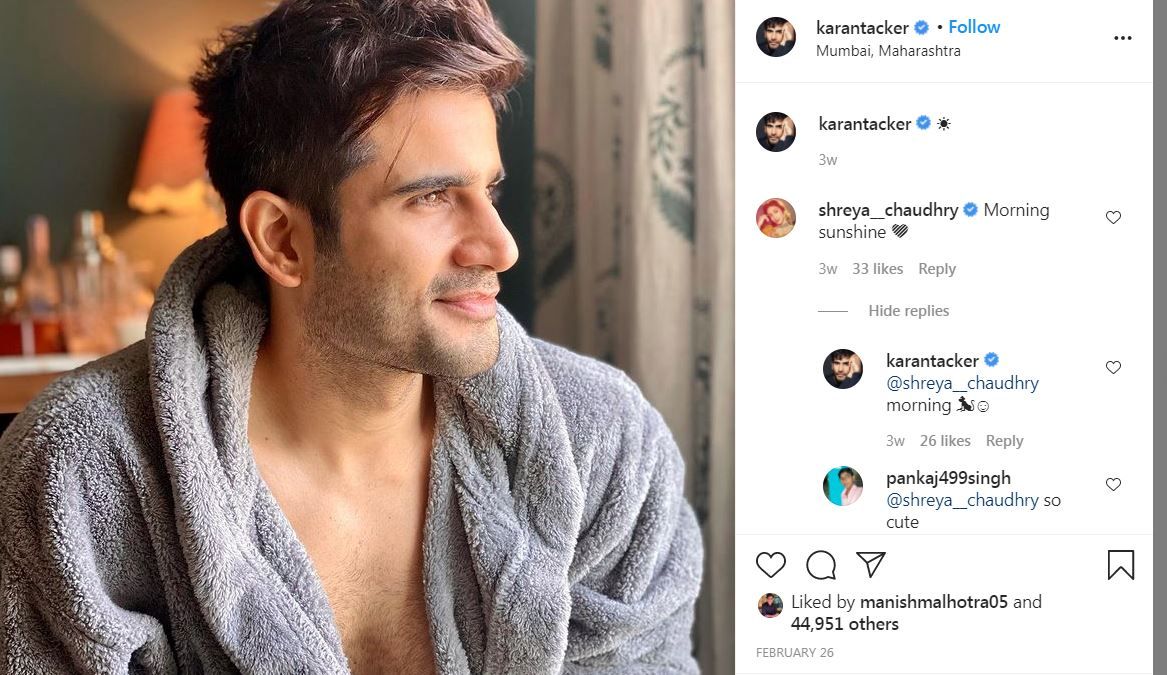 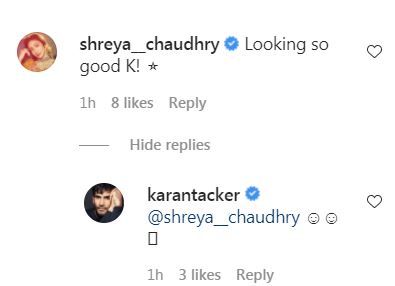 On the work front, Shreya Chaudhry made her Bollywood debut with the film, Dear Maya in 2017 opposite Manisha Koirala and in 2020, she appeared in Amazon Prime’s original web series, Bandish Bandits. On the other hand, Karan rose to fame with Ek Hazaaron Mein Meri Behna Hai and was last seen in 2020’s Special Ops web series for Hotstar Specials, directed by Neeraj Pandey.