What were Kareena Kapoor Khan and Amrita Arora gossiping about at the airport? View pics

Kareena is back in Mumbai with her BFF, but what had the two ladies in splits at the airport

Kareena Kapoor Khan and her bestie Amrita Arora took off to Goa couple of days back. We told you that Kareena has been signed as the brand ambassador of a tea brand, which was earlier endorsed by Priyanka Chopra. In fact, Kareena went to London with hubby Saif Ali Khan last to last week to shoot a commercial for the same brand. So there was an event that was organised yesterday in Goa to announce Kareena as the new promoter. For the event, she wore a navy blue kurta and a lehenga skirt. She was looking like a true Begum in her traditional outfit. That’s how you personify regal. The actress’ manager, Poonam Damania posted Bebo’s photo. Check out Damania’s Instagram post here:Also Read - Kareena Kapoor Khan or Sanya Malhotra: Who Looks The Best in Yellow Anarkali?

After the event, Kareena joined the birthday celebrations of Poonam, who posted another picture from the party with Kareena. I mean, just look at her here. She is looking fresh as a daisy even without the make-up on. How does she manage to look so gorgeous always? Also Read - Saif Ali Khan Reveals Why He Cannot Sing Lullabies to Taimur And Jeh

Birthday celebrations with my lovely 😘😘❤️

Well, her small trip to Goa has come to an end as both Kareena and Amrita returned to Mumbai earlier in the morning. We spotted them at the airport and what caught our attention is the fact that the BFFs were engrossed in some gossip as they set foot in the city. Just look at them giggling and laughing while steeping out of the airport. We wonder what they were discussing that had both of them in splits. Talking about their look, Kareena again kept it simple yet stylish as she wore a stripped blue shirt along with a long black skirt. We love those lightning symbols around the collar. As for Amrita, she wore a off-shoulder checkered dress. Quite chic, we must say. Check out the pictures right here and tell us what do you think Kareena and Amrita were discussing. ALSO READ: Kareena Kapoor Khan is Soha Ali Khan’s ultimate go-to person for pregnancy tips! (see HQ pics) 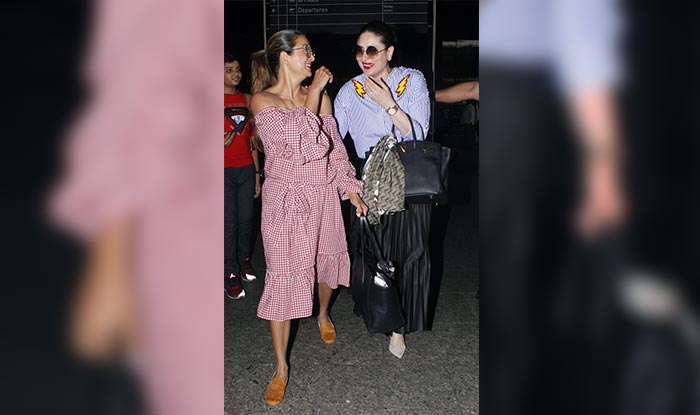 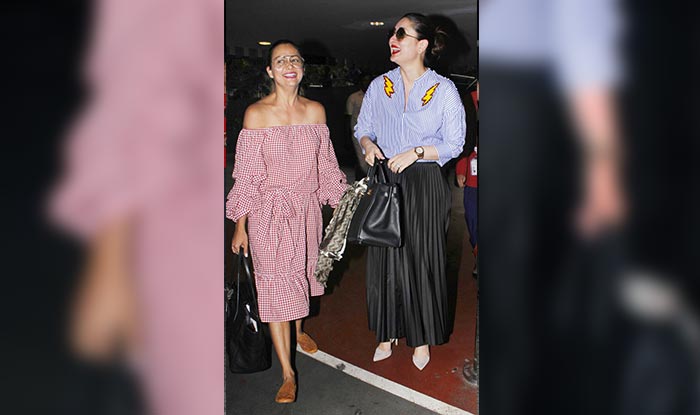 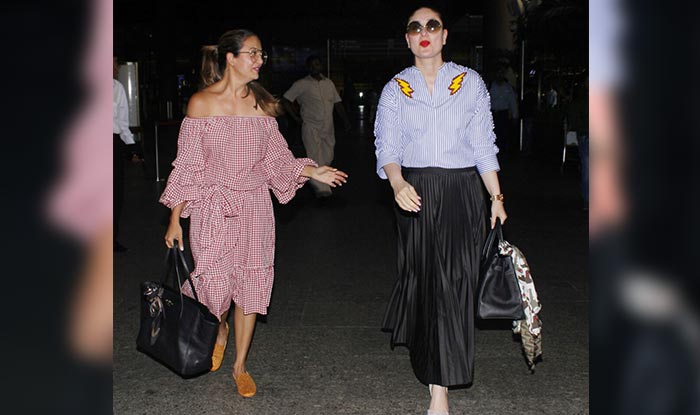 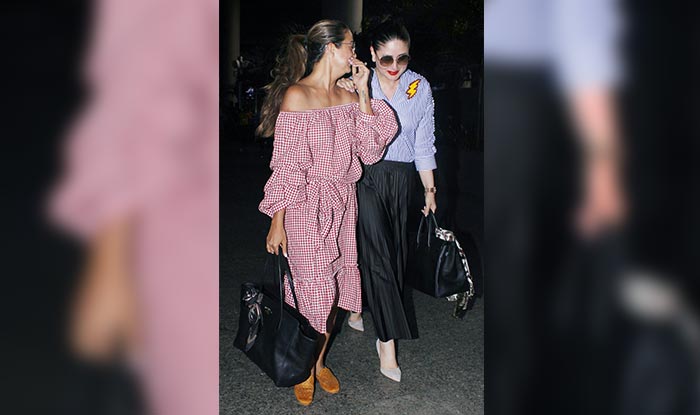 Kareena is currently getting ready to be back on the sets. She has been hitting the gym and doing some Yoga with Amrita to shed off the pregnancy weight. Kareena will be seen in Veere Di Wedding, that also stars Sonam Kapoor. Produced by Ekta Kapoor, Veere Di Wedding is touted to be India’s first chick flick.