When Ayushmann Khurrana was rejected for TV show

The 29-year-old, who came into the limelight after winning the second season of "MTV Roadies", recollects how he was rejected for the show just because of his unconventional looks. 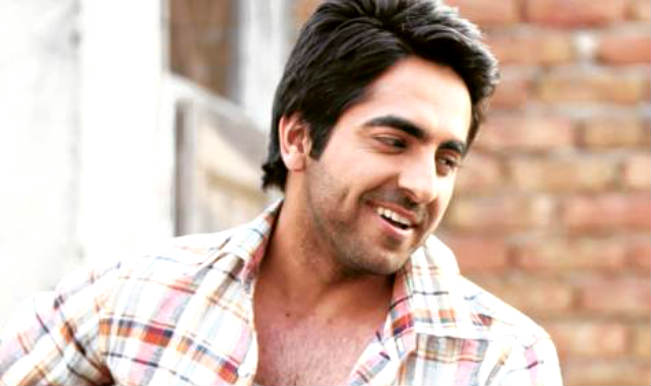 Mumbai, June 27: It was a surreal moment for VJ-turned-Bollywood actor Ayushmann Khurrana when he was called upon to mentor the contestants in the upcoming season of “India’s Best Cinestars Ki Khoj”. He says that it was the same show that rejected him many years ago when he came for audition. Also Read - Ayushmann Khurrana Plays a Cross-Functional Athlete in Next Film

The 29-year-old, who came into the limelight after winning the second season of “MTV Roadies”, recollects how he was rejected for the show just because of his unconventional looks. Also Read - Sonam Kapoor's The Zoya Factor Bombed at Box Office Due to Sushant Singh Rajput's Chhichhore, Claims Director

“It was the spring of 2003 when I auditioned for season one of ‘India’s Best Cinestars Ki Khoj’ and I was rejected,” Ayushmann said here Thursday at the press conference to launch the show along with actress Parineeti Chopra and director Vijay Krishna Acharya.

“It’s quite surreal that I am on the panel as friend (and)as a Bollywood buddy (friend) this time. I remember in 2003 I was this nerdy looking thin guy with spectacles. (I was) not six feet tall conventional hero. But that was ten years back,” he added.

However, he says now the film industry’s doors are open to everybody who has a decent amount of talent.

“Now times have changed and it is the golden era of Indian cinema. We have gone beyond nepotism. This is the time where anybody with decent amount of talent can be an actor,” said the actor, who made a successful Bollywood debut with 2012 film “Vicky Donor”.

The third season of “India’s Best Cinestars Ki Khoj” will go on air on Zee TV soon. While it will be judged by Sonali Bendre and Vijay Krishna Acharya. Hussain Kuwajerwala will be seen as a host.

Besides Ayushmann, Parineeti will also be seen as mentor to the contestants on the show.