Naoh Baumbach's "While We're Young" is a slice of life film that deals with the inevitable truth of life -- youth and old age. It is a film about mid-life crisis of Josh and Cornelia -- the protag 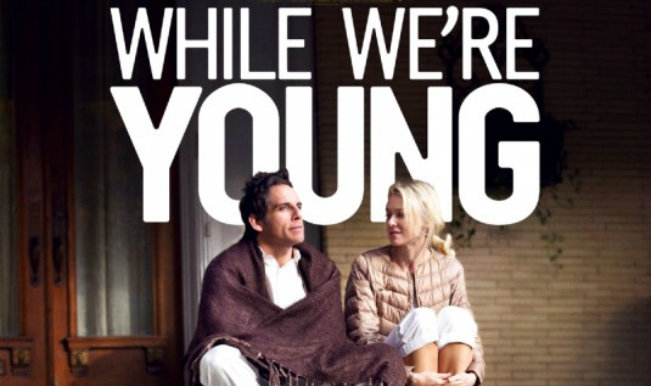 Naoh Baumbach’s “While We’re Young” is a slice of life film that deals with the inevitable truth of life — youth and old age. It is a film about mid-life crisis of Josh and Cornelia — the protagonists. The film portrays each perspective effectively with striking characters that are relatable as they are caught up in their predicaments. Treated as a light comedy, it is the tale of Josh, a documentary filmmaker-cum-professor and his wife Cornelia, who happens to be a documentary film producer working for her father, a seasoned filmmaker, Leslie Breitbart. The couple, childless and in their mid-40s, are in a happy zone doing their own stuff at their pace. Also Read - Oscars 2021 Best Dressed: Zendaya, H.E.R, Amanda Seyfried, Viola Davis And Others Bring All The Glitz And Glamour at The Red Carpet

Professionally, Josh has been engrossed with his ambitious project for over a decade and has no intention of wrapping it up. Their lives cross path with Jamie and Darby, a young couple in their mid-20s, who attend Josh’s lecture. Jamie is an aspiring filmmaker and his wife is an entrepreneur. Soon a mentor-mentee relationship is formed. Josh and Cornelia find themselves weaning away from their friends and peers as they spend time with the youngsters and their circle of friends. This, they find reinvigorating and exciting. Also Read - Miranda Richardson Excited About Starring in Game of Thrones Prequel

Josh helps Jamie with his documentary. But soon, Josh, the perfectionist, finds himself questioning Jamie’s method of functioning and debates on the ethics between the generations. What makes the film exceptional is the detailing in the script. The scenes and characterisation bear testimony to the director’s keen power of observation. He makes you notice the minute elements and undercurrents of the relationships. Whether it’s the shortcuts Jamie takes as a filmmaker that infuriates Josh and his blatant acceptance of his insincerity, or Darby’s strange affirmation as a self-defense mechanism — the manner in which theses skillfully crafted characters are interwoven is impressive.

Humour is witnessed in the form of innocuous dialogues that hit a tangent. On the acting front, director Noah Baumbach extracts brilliant performances from his cast. Ben Stiller as Josh and Naomi Watts as Cornelia are convincing. They have a flare for comedy, which can be noticed in spurts. But unfortunately, the comic quotient in the script is weak and hence their potential is not exploited to the fullest. With his boyish charm and an overtly off-hand demeanour, Adam Driver portrays Jamie to perfection. With no fault of his, he is irritating to an extent that provokes you to detest his character. Amanda Seyfried aptly supports him.

Technically, the film is well presented except for a few jerky transitions and bleeps imposed by the Indian censor board which mar the viewing experience. Overall, the film is amusing and will appeal to an older audience with a bohemian attitude who is willing to learn and unlearn about life.