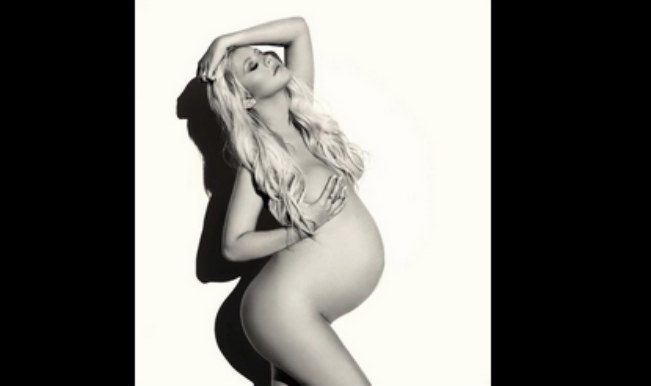 Los Angeles, Aug 21: Christina Aguilera chose a name as unique as Summer Rain Rutler for her newly born daughter because it sounded creative, said a source close to the “Beautiful” actress. Aguilera gave birth to her daughter Aug 16 and announced the name next day. Also Read - Now, brush up Grammy skills with `professor` Christina Aguilera

“Christina wanted something different and unique for the baby’s name,” eonline.com quoted a source as saying. “She loves how Summer Rain Rutler flows together and thinks summer is an amazing time of the year. She has always been a more expressive person and a little bohemian who is inspired by words and daily life. Also Read - Lady Gaga to perform American National Anthem at Super Bowl

“Lately, she has been all about being natural and she’s been showing her softer side. Getting so into yoga really kick started her hippie side. She loves it,” the source added. Summer Rain Rutler is Aguilera’s first child with fiance Matthew Rutler. She also has a six-year-old son from her ex-husband Jordan Bratman.