Why does Salman Khan see Priyanka Chopra as a wife? 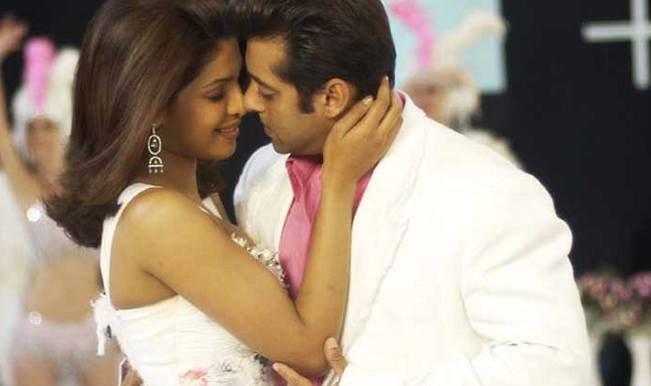 Salman Khan gave the best interview of his life on Karan Johar’s show Koffee with Karan. The once reclusive star revealed all on the talk show – about his life, his friends and foes, his…ahem…virginity. He also made it very clear that among the current crop of heroines, he is a big admirer of…err…Deepika Padukone. (No, not of his ex-beau Katrina Kaif!) Also Read - Deepika Pdukone Is 'Burning Calories' With PV Sindhu, Ranveer Singh Is Having 'Major FOMO Attack'

But there is one more lady he is mesmerised by – his erstwhile enemy Priyanka Chopra! Sometime back, Salman surprised everyone by praising Priyanka’s single In my city on Twitter, giving rest to all speculation of animosity between the two. Also Read - Bigg Boss 15: Rakhi Sawant’s Husband Ritesh Confirms Being Part of Salman Khan’s Show

But on Koffee with Karan Season 4, it came from the horse’s mouth. Salman confessed, “I love Priyanka Chopra”.

And when host Karan Johar had a special round of questions where he asked Sallu to see his co-actors in alternative professions, do you know what he saw PeeCee as? A singer, of course. And a housewife!

Ahem. Is this wishful thinking on Salman’s part? Or is he simply trying to get close to Priyanka because she allegedly had an affair with Shahrukh Khan, Sallu’s buddy-turned-enemy? What qualities does Priyanka have that Salman sees a wife in her? Only Sallu can tell us! Or maybe SRK could. Wot say?

Btw, this is what Salman sees his colleagues do if not acting:

Do you agree with Salman’s judgement of his co-stars?