Hrithik Roshan’s movie has broken records at the box office and made profits from other sources. But does that mean the film is necessarily good? 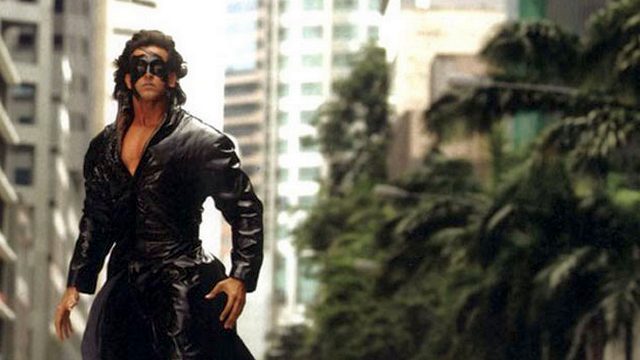 Anything we say about Hrithik Roshan will make him and fans go ‘senti’ right now, with his personal life in a bad shape after separation from his wife Sussanne. We really hope the hunk is able to sort his life out soon. But as far as the actor’s pro life is concerned, we ask if his recently released movie Krrish 3 was really worth the money it made at the box office. Its collections were close to Rs 250 crore in India (last we checked – Krrish 3 made Rs 500 crore if the film’s earnings from other sources were counted), but we wonder what special qualities the movie has. We list down five points which will justify our wonderment. Read on… Also Read - Priyanka Chopra Jonas' Blink-And-Miss Appearance in Teaser of Netflix' Movie We Can Be Heroes

Hrithik Roshan in Koi Mil Gaya (first part of the Krrish franchise) was a decent take on Superman, so was the outer space creature Jadoo in it, designed on the alien in Steven Spielberg’s E.T. the Extra-Terrestrial. But Krrish’s character is more like Batman – complete with the Batsuit – only that his day job is like Superman or Spider-Man’s. Couldn’t our costume designers create an original cape for apna Krrish beta?

Kangna reminds us of Mystique, the mutant shapeshifter from The X-Men series. Kangy is half-human half-chameleon though. To be fair, the actor does not play her part too badly – in fact, quite a change from the earlier psychotic or romantic roles she has played. But the overall film lets her down. What do you think?

Another inspiration from The X-Men series! We wonder if Vivek was seriously trying to match up to Magneto. C’mon! In today’s times when the aam janta also watches all angrezi movies, this just didn’t work for us.

The maar-dhaad in Krrish 3 was Bollywood action plus a poor version of Batman, Iron Man and The Avengers‘ action. Couldn’t Hrithik ask his director dad to hire a less ‘inspired’ fight director?

Of course, music alone cannot grant you BO success or awards – not even if you remake The Sound of Music. But in Krrish 3’s case, the music was mostly not needed! But as the music composer is the hero’s uncle and the director’s brother, we’re sure he was not told that he needs to make music that puts people in the right mood, and not put them to sleep. Yawn.

Do you agree with us?