Why was Aamir Khan missing in action in the Maharashtra Assembly Elections 2014?

Why didn’t Aamir Khan cast his vote in the Maharashtra Assembly Elections 2014? The usually upright and morally sound Aamir, who promotes these values through Satyamev Jayate, was missing in action in Mumbai on polling day (October 15). Here's why. 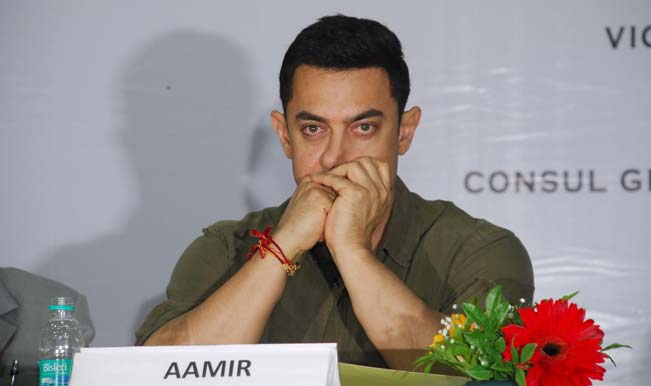 Why was Aamir missing? Also Read - Shah Rukh Khan, Ranbir Kapoor, Fardeen Khan – Get Ready For These 9 Bollywood Comebacks In 2021

When we talked to the official spokesperson of Aamir Khan, she said that the actor-filmmaker is currently in the US to attend an event he had committed dates for before the Maharashtra Assembly Elections 2014 dates were announced. She further said that Aamir usually travels back to India from whichever part of the world he is in, in order to cast his franchise. But this time, it was not possible. The Satyamev Jayate host apparently tried his best to reschedule his commitments in the US but to no avail, as the event organisers had begun advertising the do.

The well-meaning Aamir Khan is pretty upset about not being able to vote for the assembly polls. According to the spokesperson, Aamir has in the past even cut his holiday short in order to vote.

Well then, why not this time, Aamir? Voters would surely think that a person of Aamir’s stature would consider the state elections more important than the event. Another aspect that has us puzzled is that the exact details of the said event in the US have not been revealed by Aamir or his team. All we know is that on October 14, Aamir was in the lovely climes of Cannes, France, as a keynote speaker at MIPCOM 2014, which we assumed must’ve been planned months ago. So we give him credit there. But surely his fans are a wee bit disappointed! 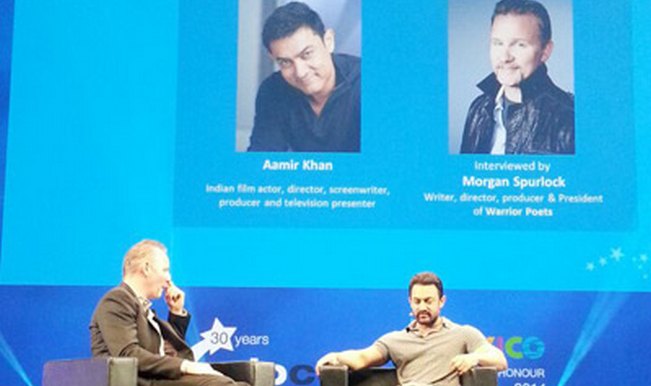 Meanwhile, Salman Khan apparently lamented his colleagues who did not turn up at the polling booth. He had earlier urged people to vote and choose a candidate “as you chose a girlfriend”. Wonder if Salman will give a piece of his mind to his good friend Aamir Khan on the issue.