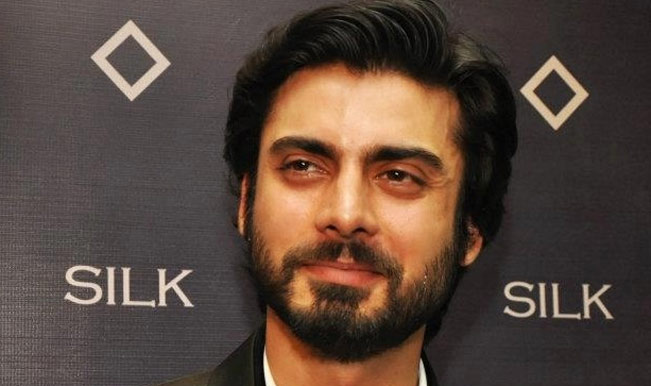 All excited to shine on the silver screen, for the first time ever via Bollywood vehicle titled Khoobsurat-co-starring Sonam Kapoor, Pakistani hunk Fawad Khan is equally nervous about how his popular series Humsafar will be received in India. Premiering on Indian television, on Zee Entertainment’s Zindagi, Humsafar is 23-episode drama. And the 32-year-old actor is nervous about audience’s reaction to the show and hopes it lives up to the hype surrounding it. Also Read - Salman Khan Versus Fawad Khan: Pakistan to Screen Movies Bharat And The Legend Of Maula Jatt During Eid 2019

Humsafar is the highest-rated Pakistani TV serial ever and has acquired an unbelievable fan-following in the country. The serial also received praise for Fawad’s brilliant performance and his on-screen chemistry with co-star Mahira Khan. “I have seen the promos of Humsafar on Zindagi and I am thankful to all those who have loved the show before and who are waiting for it now because the show is special to me. But I am also scared about its outcome here, I just hope it fares well and people like it. I have mixed feelings about it,” said the good looking actor in an interview The 32-year-old actor is making his Bollywood debut with upcoming Sonam Kapoor-starrer Khoobsurat, which is the remake of Hrishikesh Mukherjee’s 1980 film of the same name.

Fawad, who has already charmed the Indian audience with his performance in Pakistani TV show Zindagi Gulzar Hai and Behadd maintains that though his successive successes have given him a fan base here, they have also put immense pressure in terms of fan’s growing expectations.