We think Ranbir Kapoor will outperform Salman Khan as the quintessential Prem! 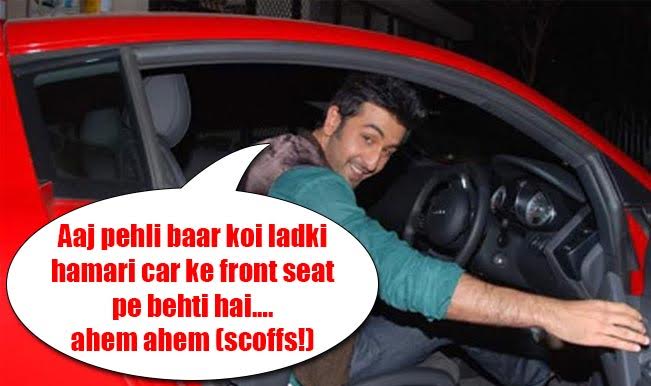 Salman Khan was at the prime of his youth when he acted in the 1994 blockbuster Hum Aapke Hain Koun..! The movie became a sensation like no other. Director Sooraj Barjatya gave us the quintessential Prem: An obedient son every mother wanted, a charming boyfriend every college-going gal dreamt to be with, and a man who upheld virtues which you would find only in holy scriptures these days. Before that, Salman had played Prem in his debut film Maine Pyar Kiya, which was also directed by Sooraj Barjatya. (ALSO READ: OMG! Salman Khan shoots Bajrangi Bhaijaan climax at 10,000 ft above sea level with 7,000 people!) Also Read - Viral Video: Dancing Dad Ricky Pond Grooves to Salman Khan’s 'Dil Di Nazar' Song, Impresses Indians | Watch

Prem became the poster boy of ‘complete man’ ideology, even though off-screen Salman was steadily but surely gaining popularity for being ‘colourful’. Ironically–and miles away from his onscreen character–Salman was in the headlines for his playboy lifestyle, his temper and his unpredictable behaviour. Also Read - "Main Pehle Se Hindustan Ka Bhai Hun," Salman Khan Goes All Big With Dialogues in Aayush Sharma's Antim - Watch Trailer

And now we hear that 21 years after the iconic Hum Aapke Hain Koun..!, Salman Khan will be replaced by none other Ranbir Kapoor in the film’s sequel! Yes, Sooraj Barjatya is planning to make a sequel to the original movie. Salman’s young rival Ranbir is being considered for the role and if everything goes fine, the Kapoor lad will slip into the shoes of the mighty Salman. However, it is not clear who the honey-eyed dude will romance in the sequel. We even entertained the possibility of Ranboo mouthing that popular dialogue from the original movie!

Now isn’t that strange? Ranbir may not be as aggressive as Bhai in real life, but he is also known for leading a colourful lifestyle. Looks like Sooraj is adamant on the criterion that his reel-life Prem should be diametrically opposite the real-life man! Ranboo too is right at the peak of his career.

Now you tell us folks: Will Ranbir Kapoor be a better ‘Prem’ in the Hum Aapke Hain Koun..! sequel? Will he be better than Sallu miyaan? Go forth and vote!