With Padmaavat Controversy Out Of The Way, Shahid Kapoor De-Stresses With Daughter Misha (Pics)

It has been a stressful few months for Shahid Kapoor, who plays the role of Maharawal Ratan Singh in Sanjay Leela Bhansali’s Padmaavat. Now, finally, just a week ahead of its release all things seem to be falling into place for the whole team. They have a CBFC certificate, a solo release date on the long Republic Day weekend and the two new teasers that were released on Friday have been well received. Now that the storm is dying down, Shahid has the perfect de-stressing partner to help him feel better and rejuvenated before Padmaavat hits screens and reactions pour in and before he gets on the sets of his next film. Also Read - Rajesh Khattar Denies Bankruptcy Reports: 'People Said I Was Broke, Mere Paas Khaane Ke Paise Nahi Hain'

The Batti Gul Meter Chalu actor has been spending some great time with his daughter Misha Kapoor and has been keeping fans updated through his social media account.  The little one has started going to the play school and she has been learning new things and Shahid is making sure that in his free time, he gives the little girl enough time and opportunity to explore.  He posted a picture recently where he is seen drawing along with her daughter, he captioned it, “Perfect day.” We are sure it was. Just a few minutes back, he posted another picture where Misha is seen trying on her daddy’s shoes. Check out the two pictures below: ALSO READ: Soha Ali Khan On Why Having Taimur And Inaaya In The Same Room Gives The Family Panic Attacks Also Read - Krystle Dsouza Wants to Replace Shahid Kapoor in Kaminey With Sidharth Malhotra, Here's Why! 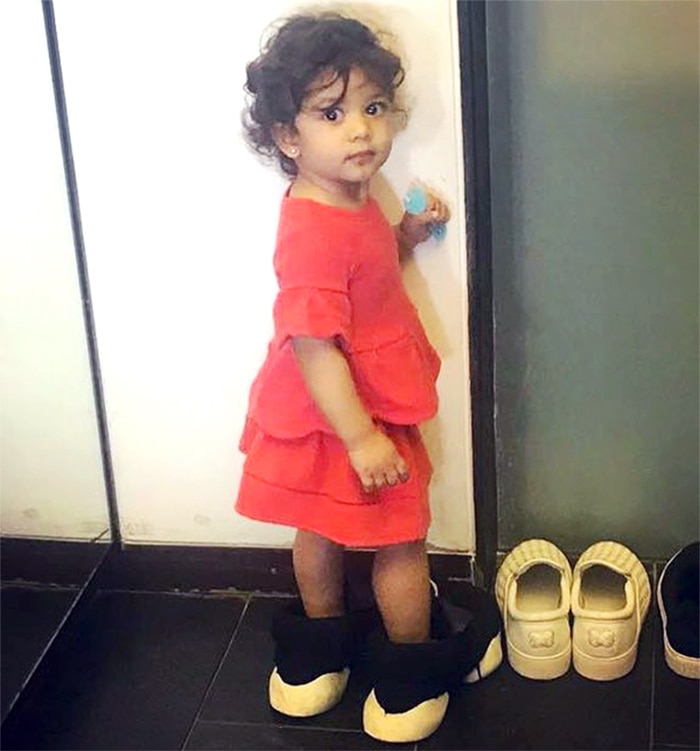 Shahid Kapoor posted, “Looks like she has decided to take over.” The little girl is so camera friendly and has become shutterbugs’ favourite. She has her own fan following and like every father, we are sure Shahid too would be proud she Misha grows up to be more popular than himself.