WTF! There is someone new in Anushka Sharma’s life? This person is secretly giving her company on Sultan sets

Buzz is Anushka Sharma is secretly bonding with this person on the sets of 'Sultan'.

The gorgeous Anushka Sharma is busy with her upcoming film ‘Sultan’. She recently wrapped up the shoot in Budapest and headed straight to Delhi to meet her alleged boyfriend Virat Kohli and his family members. Some thought Virat would be also giving her company on the sets of her forthcoming film but that’s really not the case. It’s not her boyfriend but someone else is giving the beauty a company and seems like a new friendship is budding in the glamorous showbiz industry. Also Read - Bigg Boss 14 Update: Asim Riaz Rejected To Enter The Controversial House as 'Toofani Senior'

If you remember even Salman Khan’s girlfriend Iulia Vantur had headed to Budapest with the actor. The duo was recently spotted at the Mumbai airport returning from their trip. Now could you guess who was secretly giving company to Anushka Sharma? It has been revealed that Salman’s rumoured girlfriend Iulia was giving company to the lead actress of ‘Sultan’. It’s bit hard to believe right! (ALSO READ: Virat Kohli is in town just for girlfriend Anushka Sharma?) Also Read - Bigg Boss 14 October 24 Weekend Ka Vaar Episode Major Highlights: Salman Khan Slams Rubina Dilaik, Exposes Jaan Kumar Sanu 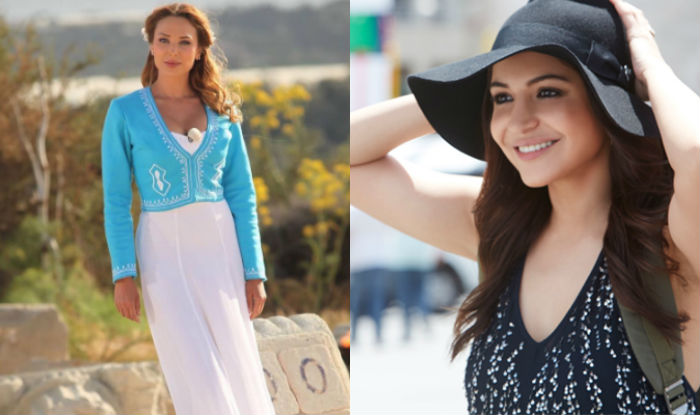 It is reported that the Romanian beauty Iulia Vantur and Anushka Sharma is getting along well these days. It is also said that Anushka has even invited Iulia to her Bandra residence for a party. Now that looks like some cool bond is forming in B-town. Way to go girls! Anyway, neither Anushka nor Iulia has spoken about their new friendship. Neither have we seen any pictures of them on social media. (ALSO READ: Is Iulia Vantur moving in with Salman Khan after Budapest trip?)

If reports are to be believed then we are happy to hear about Anushka Sharma and Iulia Vantur’s growing bond. We hope it lasts for long. On the work front, Salman and Anushka’s film ‘Sultan’ will hit the silver screens during the time of Eid this year.

– With inputs from ANI