Year-Ender 2020: Bollywood And TV Actors Who Passed Away This Year

Year-Ender 2020: Actors Who Lost Their Lives This Year.

2020 is the worst year to look at. More than the global pandemic, this year has been marked by loss. We witnessed several deaths of famous personalities. There were a few actors who passed away due to health issues but, most of them were those who died by committing suicide. The entertainment industry faced a blow of unemployment, which led to depression and urged celebs to commit suicide. The panic, mental health, and economic stability in the times of coronavirus, added fuel to their conditions.

Speaking about Sushant Singh Rajput’s death, he was found hanging from the ceiling fan at his home in Bandra, Mumbai on June 14, 2020. The cause of death was ruled to have been suicide. The official postmortem reports concluded that he died of asphyxia due to hanging. The investigation into his death is being conducted by the CBI. The Narcotics Control Bureau and the Enforcement Directorate are probing separate angles in the case. His death shook the entire industry as no one expected such tragedy. SSR was seen in MS Dhoni: The Untold Story, Sonchiriya, and Kedarnath.

Actor Asif Basra was found dead in a private guest house in McLeodganj in Dharamshala on November 12. The 53-year-old actor featured in supporting roles in films such as ‘Jab We Met’ and ‘Once Upon a Time in Mumbaai’. It has been learnt that Asif Basra was living in a rented house in McLeodganj since five years. He shared the space with a female friend. Asif Basra’s sudden death has left Bollywood shocked.

Television actor Preksha Mehta, who was seen in Crime Patrol, committed suicide at her residence in Indore by hanging herself from the ceiling fan. She took the drastic step in May 2020. Her father discovered her body and then immediately rushed her to the hospital, but she was declared dead on arrival. Right before ending her life, Preksha posted a heartbreaking message on her Instagram stories. “Sabse bura hota hai sapno ka mar jaana’.

TV actor Manmeet Grewal, who was seen in shows such as Aadat Se Majboor and Kuldeepak, committed suicide at his residence in Navi Mumbai in May. The actor was burdened by debt and couldn’t find any work due to lockdown. The 32-year-old actor was found hanging in the bedroom by his wife who tried to save him.

TV actor and model Sameer Sharma was found hanging from his kitchen ceiling at his house in Malad West in August. An accidental death report has been registered and the body sent for autopsy. No suicide note has been recovered. The 44-year-old actor lived in Neha CHS building, situated at Ahinsa Marg, Malad West. He moved to his rented apartment in Chincholi Bunder, Malad West in February this year, the police said. He was best known for his portrayal of Shaurya Maheshwari in Yeh Rishtey Hain Pyaar Ke.

A post shared by One World News – Infotainment (@oneworldnewscom)

Bhojpuri film actress Anupama Pathak allegedly died by suicide at her home in Mira Road area of the Mumbai Metropolitan Region.  A day before her death, Anupama went live on Facebook (unverified account) where she spoke about feeling cheated and not being able to trust anyone. 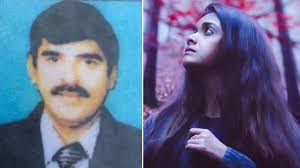 Popular Television actors and siblings, Sreedhar and Jaya Kalyani were found dead at their apartment in Chennai. The sibling duo allegedly committed suicide due to financial issues in their family.