Raman and Romi are having a party at Mihir’s house. Mihir has gone a little crazy because Mihika has married Ashok but he is putting on a brave face and celebrating his freedom. He asks Raman to 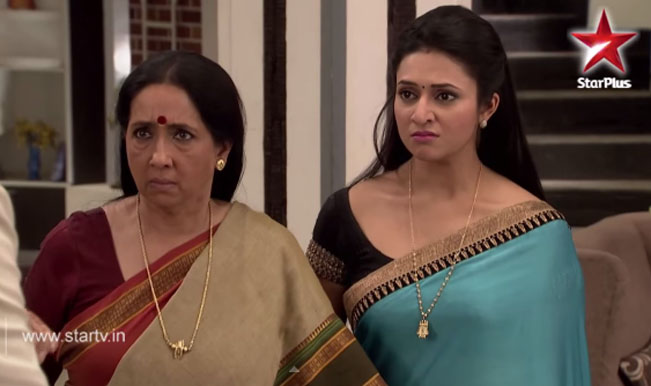 Raman and Romi are having a party at Mihir’s house. Mihir has gone a little crazy because Mihika has married Ashok but he is putting on a brave face and celebrating his freedom. He asks Raman to open a bottle of champagne which Mihir was saving to be opened after his marriage with Mihika but it is opened to celebrate him being single again. Ishita calls Raman and asks him to not drink too much which Raman likes but doesn’t express it. Also Read - Yeh Hai Mohabbatein Hotties Anita Hassanandani, Aditi Bhatia And Krishna Mukherjee Enjoys Pool Time in Goa, See Bikini Pics

Ashok had called Mihika’s family for the first dinner after their marriage. The mood is of utter confusion and extreme awkwardness. Mihika’s mother is fighting back tears to see the sad state of her daughter’s life. Raman returns home drunk and barely able to walk as Ishita gives him a book to read and check if his speech is slurry. Also Read - Uri: The Surgical Strike Actor Navtej Hundal Passes Away

Raman wears a pair of spectacles which he claims can see through clothes and Raman starts guessing what Ishita is wearing under her sari. Ishita gets scared and hides in the bathroom calling Raman’s X-Ray glasses a wasteful product which his company makes. Raman had seen Ishita’s brassiere strap due to her designer blouse and took advantage of the fact. Ishita refused to come out of the bathroom till Raman takes his X-ray glasses off.

After dinner at Ashok’s place, Vishwanathan Iyer says that they should get home now. Mihika and Ashok are given gifts by her parents but they are visibly reluctant at the things they have ended up doing in the name of tradition. But, they all follow the rules fearing that bad blood between them and Ashok will affect Mihika’s safety and happiness with Ashok. Mihika’s family leaves and Mihika thanks Ashok sarcastically and invites Ashok to the bedroom.