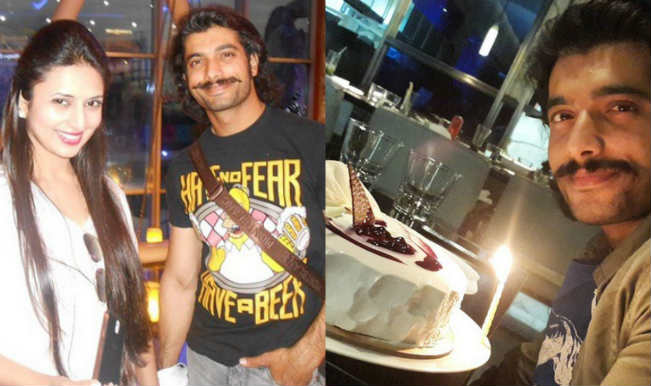 Ishita aka Divyanka Tripathi has been dating her real life beau Ssharad Malhotra for the past six years. The duo met each other on the sets of Zee Tv’s popular telly saga Banu Main Teri Dulhan. Love sparked between the two and they are still going strong since then. Sshard is currently playing the role of Maharana Pratap in Sony’s historic series. (Read Yeh Hai Mohabbatein: Unseen pictures of Ishita Bhalla aka Divyanka Tripathi!) Also Read - Sonam Kapoor Shares Her Struggle With PCOS, Gives Tips And Hacks to Curb It

The telly actor due to his busy schedule couldn’t celebrate his birthday (9th Jan) as he had planned. Ssharad wanted to spend some time his family but his commitment towards job forced him to cancel the plans. However, Divyanka made it sure that her beau’s birthday is celebrated in the best possible way. Also Read - Divyanka Tripathi Shares Desperate Tweet on Behalf of Critical Patient Who Needs a Hospital Bed

She called up some of Sshard’s friends and arranged a surprise party for her sweetheart at Renaissance Mumbau Convention Centre Hotel. Ssharad was overwhelmed to see his friends and cast from the show come over with a cake to celebrate his special day. The cake has Ssharad’s photograph and it took his by surprise.