Raman and Ishita are about to have a good time at the party when Raman gets a call from his son, Adi. Shagun considers herself as garbage after she is discarded from Ashok’s life like an old ite 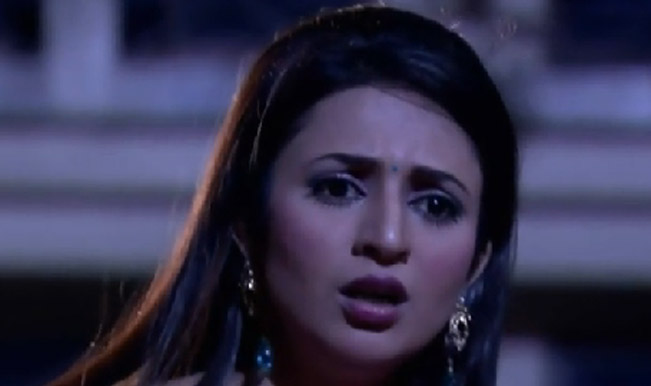 Raman and Ishita are about to have a good time at the party when Raman gets a call from his son, Adi. Shagun considers herself as garbage after she is discarded from Ashok’s life like an old item which is given away or thrown once there is no use. Raman and Ishita get Shagun home as the Bhalla family is shocked to see Shagun drunk and in such a pitiable condition. Also Read - Naagin 5: Divyanka Tripathi to Play The Lead Role Opposite Bigg Boss 13 Fame Asim Riaz? This is What Actor Has to Say

Adi is in shock to see his mother in such a bad condition, he refuses to eat anything despite being coerced by his aunt. Adi is given chocolate milkshake by Raman as he likes that over hot milk. Also Read - Anita Hassanandani's Latest Monochrome Look is The Right Definition of Simply Stunning - See Photos

Ashok is seen enjoying a glass of wine as he enjoys the triumph of his plan. Mihika is regretting the decision and contemplating if she ended up paying a very high risk by marrying Ashok as she remembers the good times while watching a picture of Mihir and herself on her phone. Ashok walks into the bedroom with a couple of wine glasses and Mihika throws a pillow at his face and threatens to call the police and get him caught in a domestic violence case if he doesn’t leave the bedroom. Mihika threatens Ashok that he has taken a bigger bite than he can chew.

Adi recounts the events after eating food as the Bhallas listen to his story. He declares that Ashok has married Mihika and insulted Shagun, calling her garbage and the news shocks them all. Ashok is seen making a drink in the living room as he cribs about how living with a woman is a pain in the neck when he gets a bottle broken on his head by Raman. Raman accuses Ashok of blackmailing Mihika to get her married to him forcefully.

Ishita asks Mihika if she really wanted to marry Ashok when Mihika convinces Ishita that she is happy. Ishita says that the marriage was a sham and that the mangalsutra is sacred. Raman is busy bashing Ashok in the living room while Ishita doesn’t believe that Mihika would be dumb enough to make the same mistake all over again.

Mihika said that she didn’t want to live an average and middle class life and so she married Ashok. Mihir was just a servant for Raman. Mihika says that she wants luxury, power and money and she is convinced that she took a good decision. Branding Ashok Khanna as a rich eligible bachelor, she convinces Ishita of her decision which she keeps reinforcing was the right thing to do. Ishita slaps Mihika to bring her back to her senses.