Ishita wonders how she will make the Christmas party a grand success with no clue if a Santa Claus will come. But, in the confusion, Santosh Kaur and her husband both come to the party dressed as 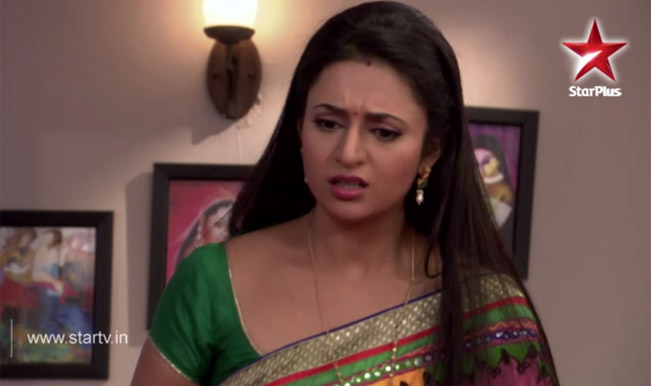 Ishita wonders how she will make the Christmas party a grand success with no clue if a Santa Claus will come. But, in the confusion, Santosh Kaur and her husband both come to the party dressed as Santa Claus. At Ashok’s house there is a Christmas party as well and he is unaware of it. Mihika surprises Ashok with the party and Mihika’s friends call Ashok Santa and hand him a Santa Claus costume. They force Ashok and his brother, Sooraj, to wear Santa Claus costumes. Also Read - Yeh Hai Mohabbatein Hotties Anita Hassanandani, Aditi Bhatia And Krishna Mukherjee Enjoys Pool Time in Goa, See Bikini Pics

Simi teases her mother, Santosh Kaur, as she complains that the costume is making her itch. Ashok’s colleagues make fun of Ashok that he is always the centre of attraction in the business parties and here he is dressing up at his wife’s instructions. Mihika blackmails Sooraj and asks him to dance for the party members. He dances and all he does is embarrass him. Mihika’s friends milk the opportunity to pretend to have fun and make fun of Sooraj to their heart’s content. Also Read - Uri: The Surgical Strike Actor Navtej Hundal Passes Away

Mihika remembers that Ashok had tried to get Ishita roughed up in a private party and insulted her. In the Bhalla residence, two more Santas walk in the party, Raman and Ishita’s brother. Adi’s gift is hidden by Shagun and the fact that he gets no gift makes him upset but she pretends that its alright that Ishita forgot to get a gift for Adi. Adi is in his room, upset about not getting a gift and Shagun promises that she will buy him a gift as soon as she gets a good job. She fills his head with poison yet again about how they are not a part of the Bhalla family.

Ishita asks Raman to give the gift that Raman brought for Ishita to be given to Adi. Ishita wraps the electronic tablet as Raman is proud of her love for Adi. Raman gives the gift to Adi and says that because ehis gift was the most special, it took a little longer than expected to be delivered. Adi removes the gift wrap and he loves the gift. He hugs Raman and Shagun thanks Ishita for making Adi happy. Ishita takes the compliment modestly and walks away to join the party.

Raman gifts Ishita another electronic tablet but she asks why he bought it because she has no use of it. Raman says that he can see everything by wearing his X-ray glasses and Ishita falls for the fake glasses’ power yet again thinking that it allows Raman to see through clothes. Ishita and Raman have a romantic moment when Shagun enters the bedroom and walks out feeling awkward. She claims that the geyser Simi’s room is not working so she entered their bedroom. Ishita tells her politely that Shagun should have knocked before she entered their bedroom.