Yeh Hain Mohabbatein: Raman slaps Parmeet and throws him out of the house!

Finally what everybody was waiting for has happened in the popular tele series Yeh Hain Mohabbatein. Parmeet's evil intentions have been revealed. In the latest episode we saw Raman slap 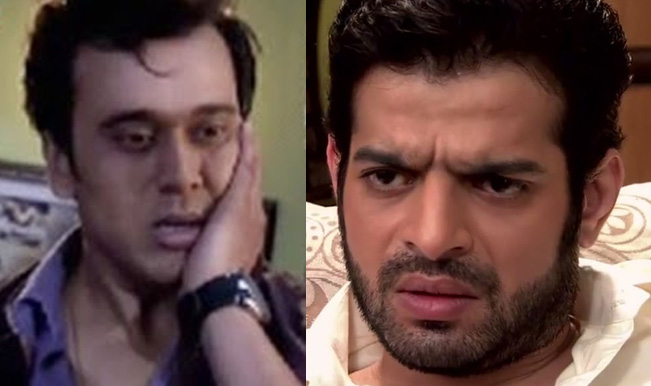 Finally what everybody was waiting for has happened in the popular tele series Yeh Hain Mohabbatein. Parmeet’s evil intentions have been revealed. In the latest episode we saw Raman slapping Parmeet for his deeds. He even throws Parmeet out of the house. Parmeet in his response was seen snapping fingesr in the air and promises that he will take revenge. In the last episode we saw Shagun was not ready to accept that Ashok is the one who is at fault and continues to blame Ishita and Mihika for ruining her life. All the family members, including Raman and Ishita are trying to explain Ashok’s plans for Shagun. Ashok gives an evil smile, while everyone else looks distressed and worried about the unanticipated disaster. But this episde saw Ashok’s real intentions. Also Read - Uri: The Surgical Strike Actor Navtej Hundal Passes Away

After throwing Parmeet out of the house Mihr gets distubed and he starts weeping. Raman cosnoles him. But in the morning media reports the story. Mihr gets distrubed even further. When he reads some reporters in the paaapers. Reporters try to hassle Madhu to get some scoop. Mihr tries to connect with Shagun over the phone but she is not willing to isten the story. She wants to go Ashok’s house, against Mihr’s will. Shagun then goes to Ashok’s house and demands to get married.

Raman goes to Ashok’s house to get his son Adi back. Mihika on the other hand is so depressed that she tries to commit suicide. Will Raman and Ishita stop her from committing the dreadful act? Only the next episode and India.com will tell you!