Recently on New Year, the Indian rapper chose to bring a end to all theories surrounding his absence. 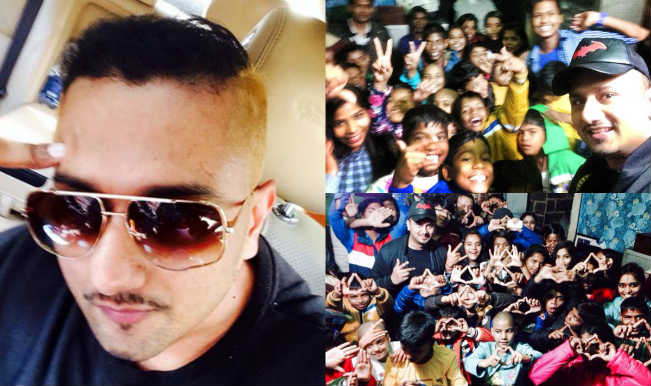 Rockstar Honey Singh’s sudden disappearance from the B-town industry has raised several eyebrows. There have been numerous speculations about the missing pop star making rounds of news for quite some time. While some claimed of the singer being unwell, other reported about Honey slipped into a state-of-depression, some even claimed about Yo Yo being slapped by some Bollywood actor, which resulted into his disappearance. However, no confirmations about any of the speculations have been received by Honey or his managers, neither Honey has made any public appearances in the past two months. (Read Yo Yo Honey Singh goes into depression? His whereabouts unknown!) Also Read - Neha Kakkar, Yo Yo Honey Singh's Song Moscow Suka Out, Watch Video

This is not the first time Honey has taken a break from his work. In the past the rock singer did take a month-long sabbatical leave last year, since he was under strict medical supervision. However, Yo Yo Honey Singh made a rocking come back with his show India’s Raw Star as a host. He also gave some rocking numbers for recent Bollywood releases. The young singing sensation got a taste of success in a short span of time, but his unprofessional attitude of vanishing from sight every now and then will surely cost him a lot. (Read Yo Yo Honey Singh missing: All you need to know about the Indian rapper’s mysterious disappearance!) Also Read - Sidharth Malhotra-Nushrat Bharucha Drop Yo Yo Honey Singh's Peeyu Datt Ke as Marjaavaan Reaches 'Success ki Height'

The rapper went into hibernation mode even after giving commitment to various event management companies. We also hear that Honey Singh cancelled all the concerts at a very short notice and even left his reality show India’s Raw Star mid-way. Recently on New Year, the Indian rapper chose to bring a end to all theories surrounding his absence. Honey posted pics of himself posing with some orphan kids on his social account. The pictures does give a hint that our favourite rock star is all fit and fine and will be back into the B-town circle soon.

Nonetheless, the reason why Honey suddenly disappeared from the social circle is still unknown. He posted pics on his facebook profile with a message that says, ‘Celebrated my 1st day of 2015 with these orphanage kids. God bless.’ But, we are definitely glad that YO YO is back with a bang this year.