Zaira Wasim clarifies that her social media accounts were not hacked post announcing about her retirement in the Bollywood industry.

Actress Zaira Wasim on Monday shot down rumours that her social media accounts were hacked when she announced her decision to quit the world of showbiz. Also Read - 9 Big Things That Happened in Bollywood During The Coronavirus Lockdown

“This to clarify that none of my social media accounts were or are hacked and are being handled by me personally. Kindly refrain from believing or sharing claims that state otherwise! Thanks,” Zaira posted on Twitter. Also Read - Zaira Wasim Shares a Joke on Mother And Twitterati Take it on Another Level Saying ‘How Can You Talk Like This About Mother India’ 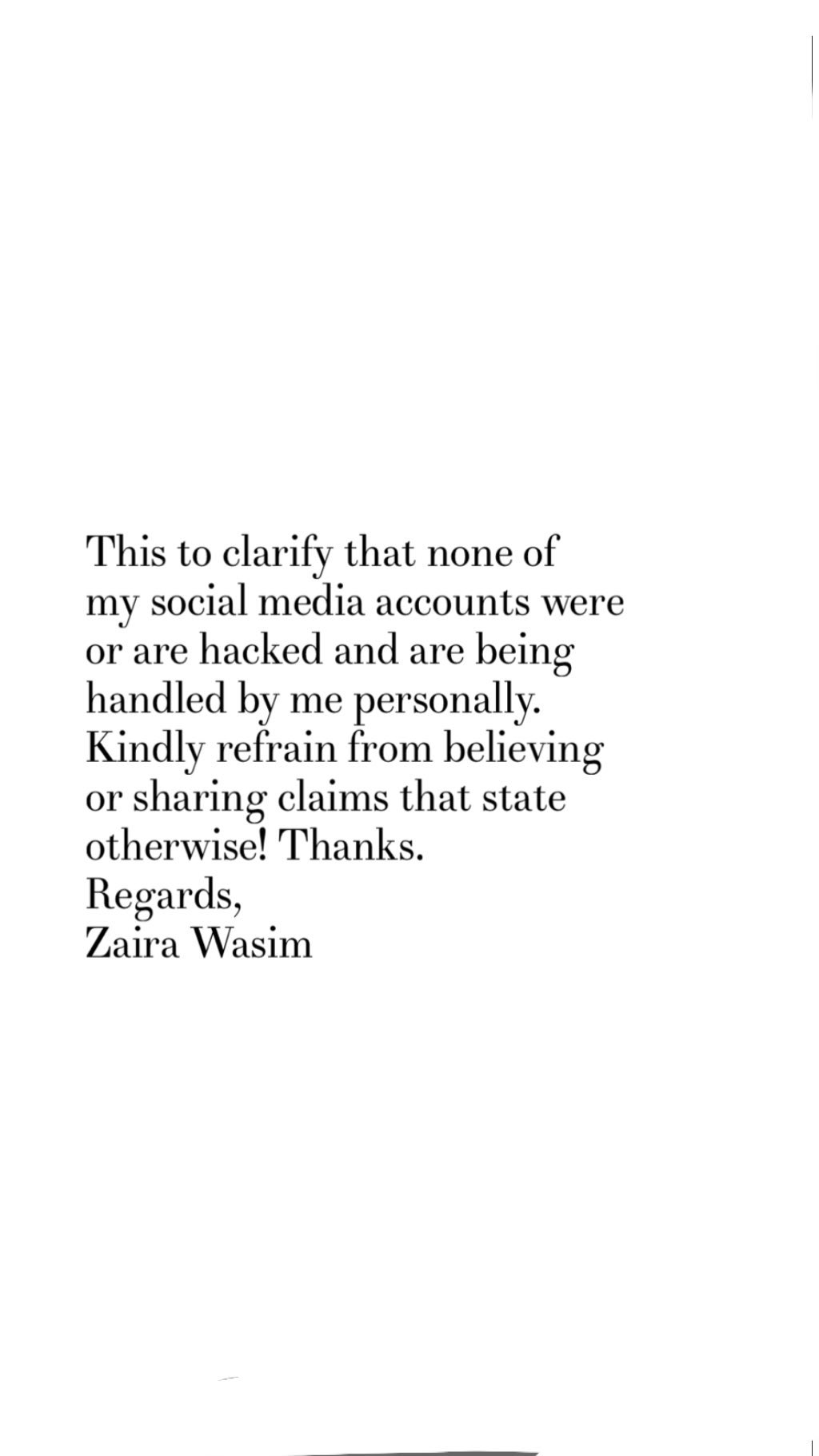 Also Read - Zaira Wasim Reacts to Her Controversial Quran Tweet on Locust Attacks, Says 'It Was Taken Out of Context'

The post came a day after the “Dangal” and “Secret Superstar” actress said she had decided to say goodbye to her film career as she felt her relationship with her religion was threatened.

Her announcement was received with mixed reactions by the industry.

Veteran actor Anupam Kher, who was in Delhi on Monday for a film promotion event, said he felt “sad” when he read Zaira’s post.

“On one side, we are talking about women empowerment… Personally, I feel she shouldn’t have done this, but she is an independent girl and our country gives everyone a fundamental right to choose what they want to choose. But the fact that she has gone all out to say that I am doing this for religion, there’s a certain amount of tilt which has gone into it. But she is most welcome to take her decision. I felt sad when I read it. I felt she had to take that decision, and it was not her decision.”

In Mumbai, the team of “Jabariya Jodi” was also asked to comment on Zaira’s decision. Actor Sidharth Malhotra said: “Firstly, I only read the headline and did not read the details, so I do not know. Secondly, it is her decision to quit acting and I have no say on that. I think you should ask her why she did that.”