Speaking at the launch event in Mumbai, Amit Goenka, CEO, ZEE International and Z5 Global, said Zee5 will catapult Zee Entertainment Ltd. to the next phase of growth.

“With the launch of ZEE5 we see ourselves catapulting into the next phase of growth. Digital will play a critical role in fueling this growth and we wanted to ensure that we had a strong offering and presence in the space,” Amit Goenka said. Also Read - Zee Digital Ranks 2nd Among Digital Media Publishers: Comscore India Report June 2020

“The launch of ZEE5 further strengthens us as a media and entertainment powerhouse. A blend of unrivalled content offering and robust technology is the foundation of this all-new digital offering from our end. We have invested immense amount of time and energy in creating and acquiring rich and engaging content for ZEE5, which I’m sure will be cherished by our viewers across the nation and worldwide” Punit Goenka, MD & CEO, Zee Entertainment Enterprises Ltd, added. 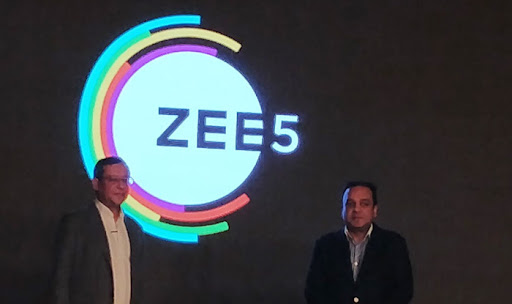 *It comes packed with 1,00,000 hours of On Demand content, including exclusive Originals, Indian and international Movies and TV Shows, Music, and Health and Lifestyle videos across languages.

We got our original stars who all showed up to support the launch of #ZEE5! #ZEE5Premiere @ZEE5India pic.twitter.com/R75U8yfrHZ

*The viewers who opt for a subscription pack will get access to the entire library of content at a special launch offer price of Rs 99 per month instead of the actual monthly pack price of Rs 150.