Covering East, West, and Central London, ZEE5 Global takes off in a brightly coloured van to serve a variety of ice cream flavours to Londoners.

Mumbai: ZEE5 Global, the world’s largest streaming platform for South Asian content, has this weekend taken to the streets of Britain in an iconic ice cream van to serve Londoners their favourite soft serves and create brand awareness from 10th to 12th September. Titled ‘On The Road’, the streaming platform’s newest campaign looks to engage London’s South Asian Millennials and Gen Zers with free ice cream and a glimpse into the vivid stories of South Asia.Also Read - Rashmi Rocket: Vicky Kaushal, Anurag Kashyap And Others Praise Taapsee Pannu's Gripping Trailer

Ice cream is a sure-fire way to beat the summer heat, and given that the UK loves its summer months, saying goodbye is hard. On The Road is ZEE5’s way of keeping the summer around for a little longer by engaging consumers with something that’s hard to beat good old ice cream. Also Read - SOS Kolkata Starring Nusrat Jahan - Yash Dasgupta Gets a Release Date, to Premiere on Zee5

Driving from West London (Harrow, Wembley, Ealing Broadway, Southall) to East & Central London, covering Green Street, Ilford Lane, and Hyde Park, the ZEE5 van will also provide London residents with resources to download the app and get a glimpse of all the fascinating stories that South Asia has to offer through ZEE5. Also Read - Zee5’s #Helmeton Campaign Encourages Conversations Around Safe Sex And Condom Usage

To get a free serving of their favourite ice cream, Londoners can scan the QR code on the side of the van, download the app, engage with ZEE5 social media and enjoy their delicious ice cream! 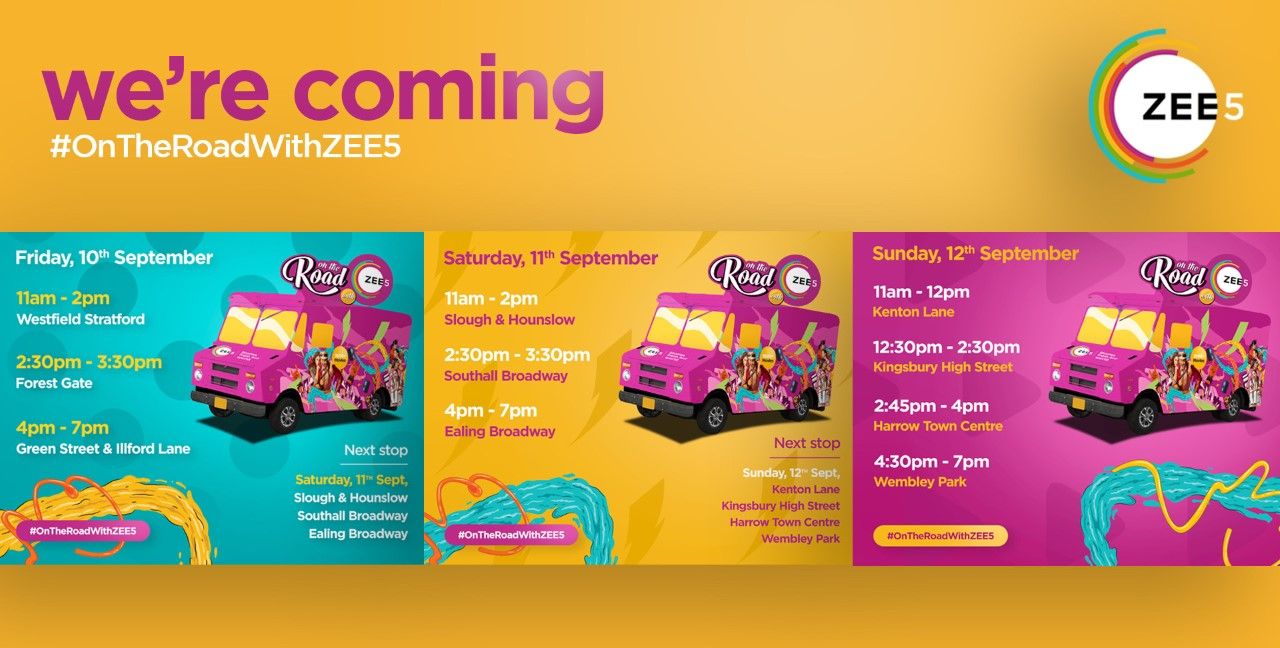 The 3-day campaign aims to capture not just the attention of Londoners through a culturally British icon: the ice cream van, but also familiarise people with the extraordinary South Asian-themed stories on its platform. ZEE5 has named the ice creams after its content titles. Londoners can choose from:

Archana Anand, Chief Business Officer, ZEE5 Global, said, “Londoners, do look out this weekend for a bright cheery truck bringing you loads of summer cheer from The World’s Largest Streaming Platform for South Asians! To crank up brand visibility just as summer is winding down and folks are getting back out after a prolonged lock-in, the happy ZEE5 truck will be seen across key locations distributing waffle cones of ice-cream to Londoners, alongside their much-loved tv shows and movies with their favorite stars. This is one among the many fun and quirky initiatives we have lined up to engage with our audiences so do look out for more such!”