Ahoi Ashtami is a Hindu festival celebrated by mothers for the well-being of their children. It is celebrated four days after Karwa Chauth and eight days before Diwali. This year the festival is celebrated on October 31. According to Purnimant calendar, it falls in the month of Kartik, while according to Amanta calendar followed in South India, it falls in the month of Ashwin. It is just the name of the months which differs however, the Ahoi Ashtami falls on the same day. Ahoi Ashtami is similar to Karwa Chauth as women abstain from consuming food and water throughout the day. The fast is broken after the sighting of the stars in the sky. Ahoi Ashtami is also called as ‘Ahoi Aathe’ as the fasting is during the eighth day of the month.

They prepare the variety of traditional food for rituals of Ahoi puja. Ahoi puja is observed in evening and mother open their fast after sighting of stars in the sky. Devotees draw a picture of Ahoi Mata/Ahoi Bhagwati on the wall and do puja by offering food to maa as a Prashad.

India.com wishes every one Ahoi Ashtami and also presents a list of Best English Messages to wish your friends and families. 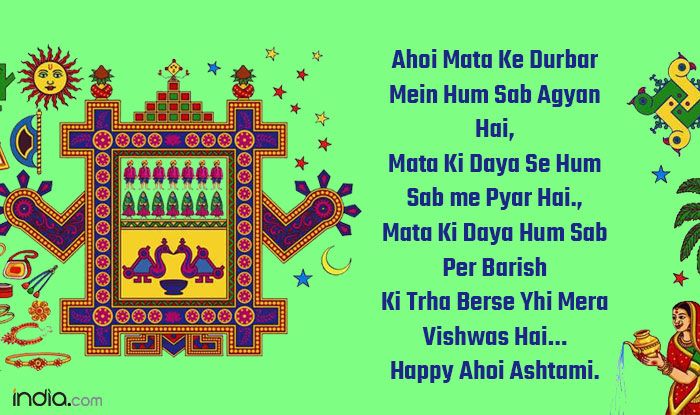 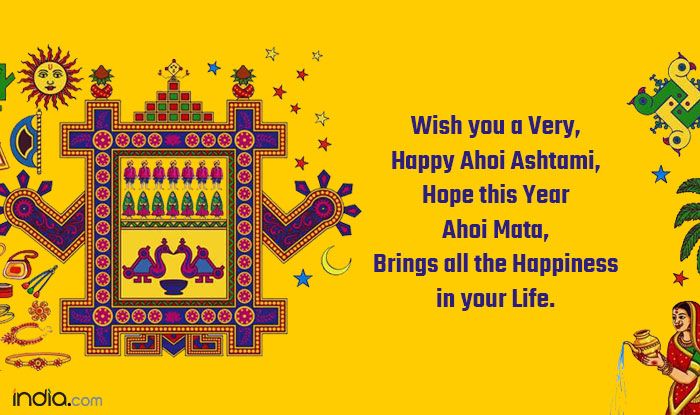 Wish you a Very,
Happy Ahoi Ashtami,
Hope this Year Ahoi Mata,
Brings all the Happiness in your Life. 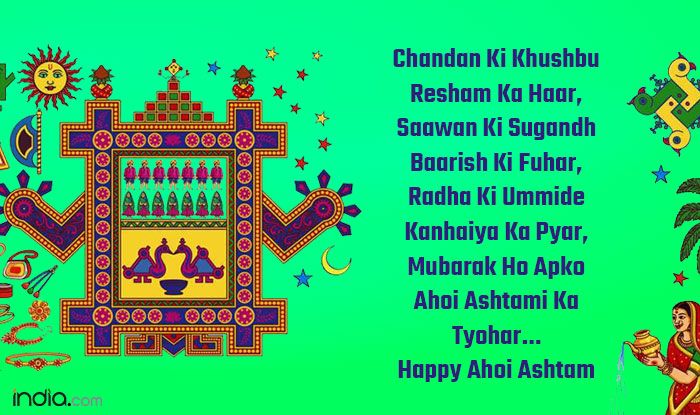 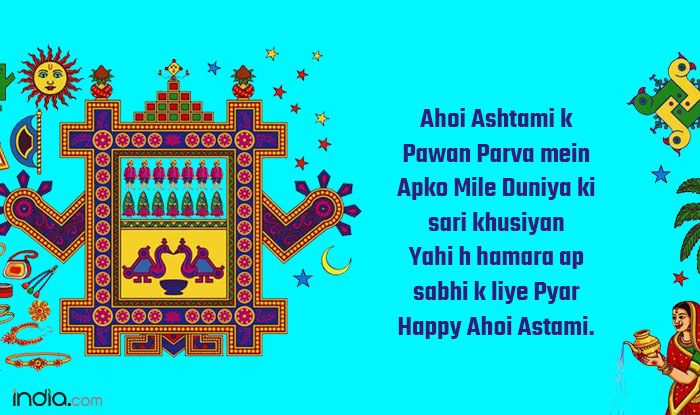 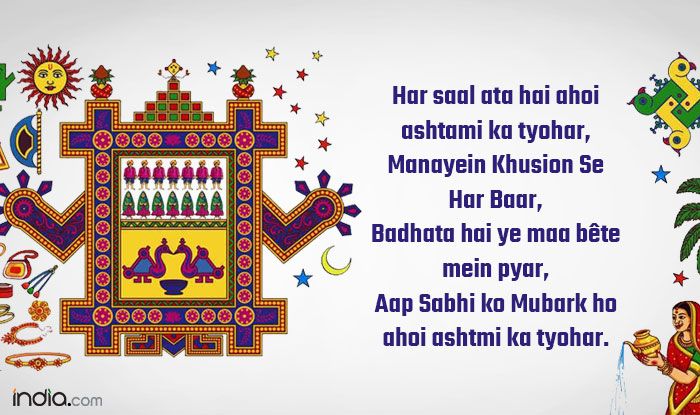 Different families follow various traditions and customs and break the fast by giving Argha to the stars or the moon. Earlier mothers used to fast from sunrise to sunset praying for the well being of their sons, now they also do the same for their daughters also. Women break their fast only after spotting stars in the sky and on Ahoi Ashtami, the moon rises late in the night.