In Karnataka, November 1 is a public holiday, so the celebrations at commercial establishments take place

The State of Mysore was founded on November 1, 1956, with the passing of the State Reorganisation Act. It was the day when all Kannada speaking regions were merged together giving birth to the state of Mysore. However, the name was not accepted by some regions and after a prolonged discussion, it was again renamed on November 1, 1973. Also Read - Karnataka Rajyotsava 2019: All You Need to Know About State's Founding Day

Celebrations start with the presentation of the honours list for Rajyotsava Awards by the Government of Karnataka, hoisting of the official Karnataka flag and a speech by the Chief Minister and Governor of the state. Festivities carry on throughout the day with communities holding their own ceremonies and concerts. Also Read - Kannada Rajyotsava 2018: Karnataka to Celebrate Its 61st Foundation Day on November 1

The entire state of Karnataka wears a festive look during Rajyotsava day, with red and yellow Kannada flags decorating streets, houses and institutions. The state flag is also hoisted at offices of political parties and various localities. Since it is not a religious festival, the day is celebrated by Hindus, Muslims and Christians as well.

Check quotes and messages that you can send to your loved ones: 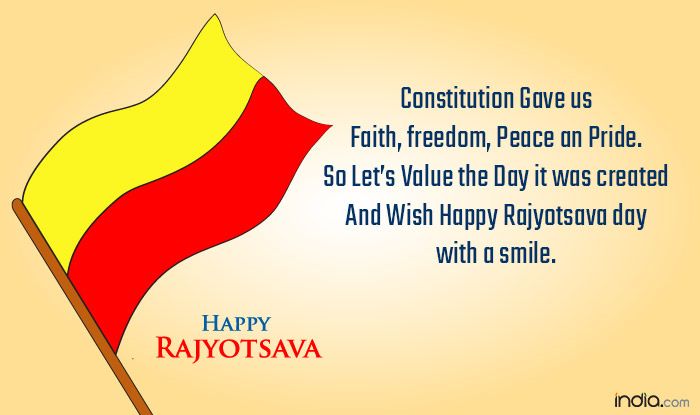 So Let’s Value the Day it was created

And Wish Happy Rajyotsava day with a smile. 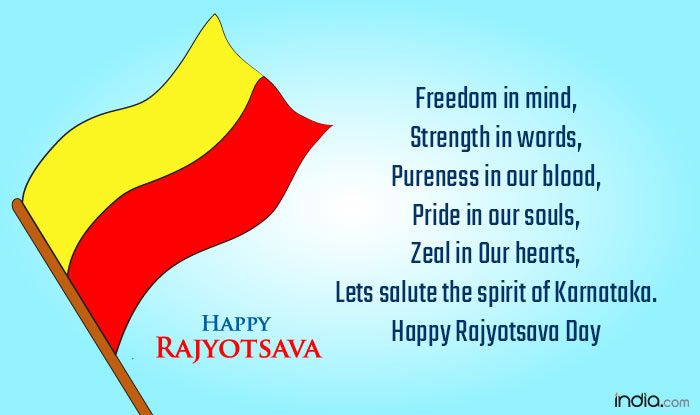 Pureness in our blood,

Pride in our souls,

Zeal in Our hearts,

Lets salute the spirit of Karnataka. 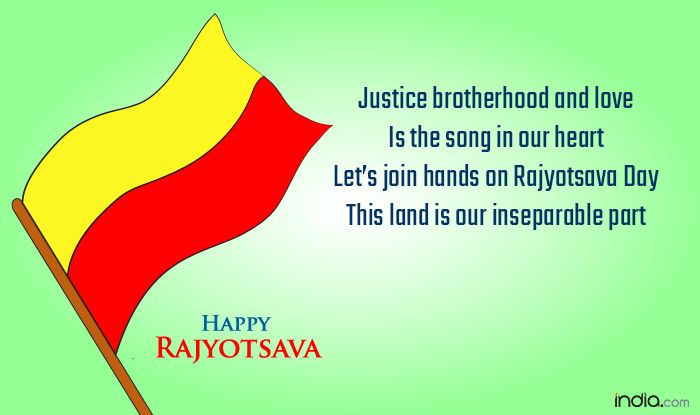 Is the song in our heart

This land is our inseparable part! 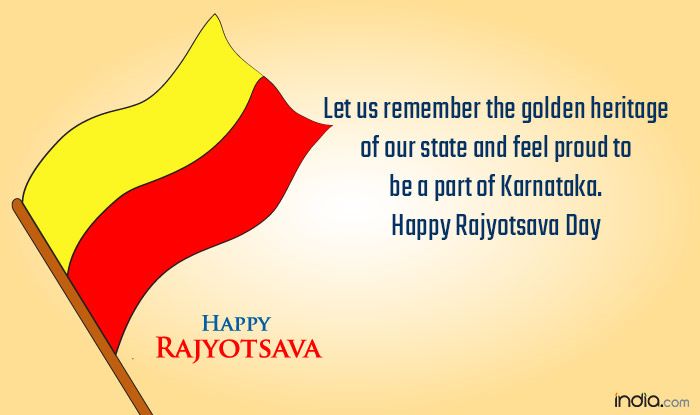 Let us remember the golden heritage of
our state and feel proud to be a part of Karnataka.
Happy Karnataka Rajyotsava Day! 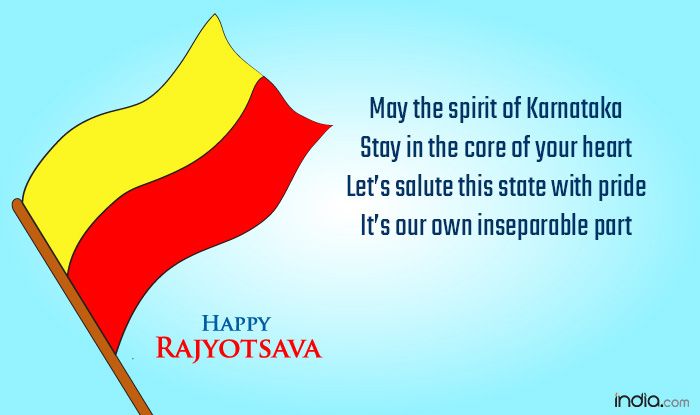 May the spirit of Karnataka

Stay in the core of your heart

Let’s salute this state with pride

It’s our own inseparable part

But never can I,

The spirit of my Karnataka 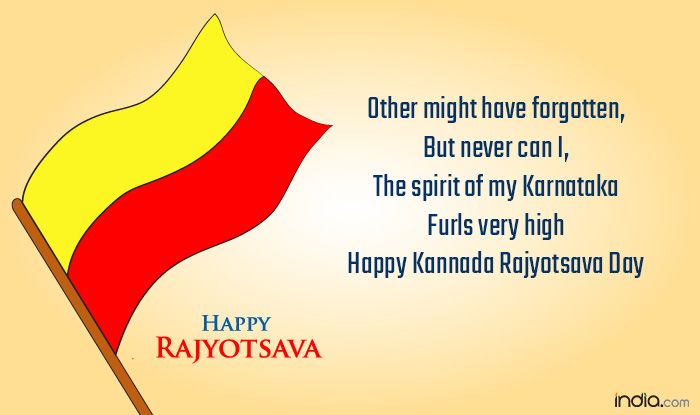 But never can I,

The spirit of my Karnataka 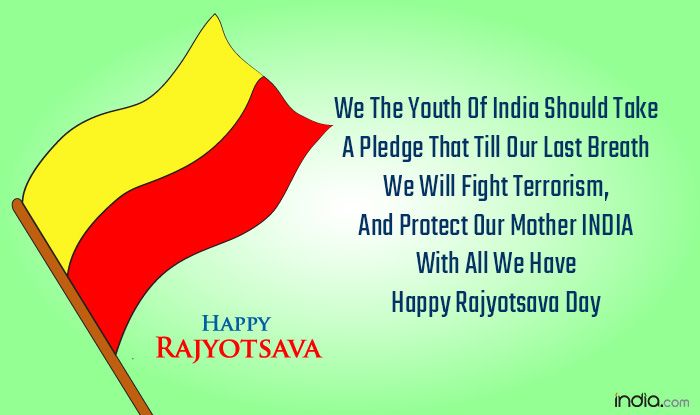 We The Youth Of India Should Take

A Pledge That Till Our Last Breath

We Will Fight Terrorism,

And Protect Our Mother INDIA

With All We Have 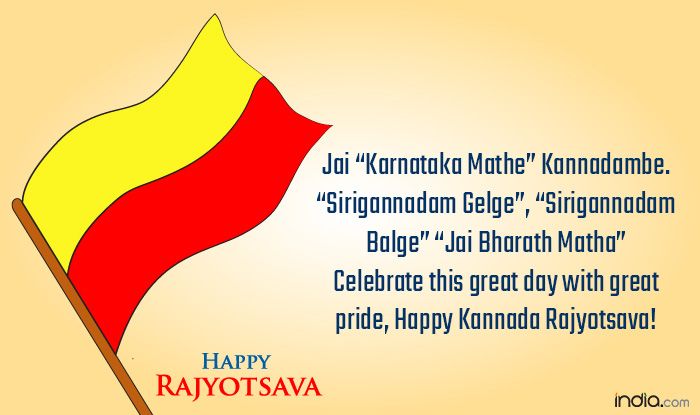 The state government hands out awards to people who have contributed to the development of Karnataka and the chief minister inaugurates the cultural show which is normally held at Kanteerava Stadium, Bangalore. There are also multicoloured tableaux carrying the picture of Goddess Bhuvaneshwari, and they are accompanied by folk artists who perform traditional dances.

In Karnataka, November 1 is a public holiday, so the celebrations at commercial establishments take place in the following days of the week. Kannada flags are prominently hoisted and displayed at almost all office and business establishments across the city of Bengaluru, and many Kannada-themed T-shirts to workplaces in support of the day.