The main day of Onam celebrations is Thiruvonam which falls on 11 September 2019.

Onam 2019 Wishes in Malayalam: Onam is a harvest festival of Kerala that is being celebrated by all Malayalees and is a 10-day long event. This year Onam celebrations started on 1 September and will be concluded on 13 September. The main day of Onam celebrations is Thiruvonam which falls on 11 September 2019. Onam is celebrated in the month of Chingam according to the Malayalam Calendar and people enjoy sending Happy Onam wishes and messages to their friends and family to brighten their day. Happy Onam wishes in Malayalam, as well as English, are forwarded on WhatsApp, Facebook and other social media platforms along with pictures of the delicious Onam feast which is called the Onam Sadhya. Also Read - 'Mother's Body Organs For Sale': Kerala Woman Offers to Sell All Her Organs to Pay Medical Bills of Her Children

Onam Celebrations include a feast served on banana leaves, Pookkalam (flower arrangement), folk dance like Pulikali (tiger dances), tug of war, Vallam Kali (boat races), and traditional dance form Kaikottikali include some of the major celebrations during Onam in Kerala. Onam falls in the month of Chingam according to the Malayalam New Year. Onam marks the beginning of the new year for Malayalee Hindus. Also Read - Kerala: 2 Migrant Workers Killed in Quarry Explosion in Ernakulam District, Terror Links Suspected

Malayalees around the world celebrate Onam with great zeal and enthusiasm. While it is majorly believed to be a Hindu festival, people from the following religions in the state also celebrate the festival. Kerala Tourism witnesses a great boost during the Onam festival with foreigners flocking the state to be a part of the celebrations. While it is a harvest festival, Keralites celebrate the festival to welcome the great King Mahabali. According to mythology, King Mahabali who once ruled the state visits his subjects on Thiruvonam every year. Hence, Malayalees decorate their houses, wear their best clothes and prepare a grand feast for his welcome. Also Read - NIA Busts Major Terror Module, Arrests 9 Suspected Al-Qaeda Operatives For 'Plotting Attacks on Vital Installations'

According to mythological stories, during the reign of King Mahabali, everything was in bountiful. Mahabali being a just king never divided his people on the basis of religion, caste or creed. During the era, there was no theft, cheating or jealousy. However, the good times did not last long as the Gods became jealous of such a generous and powerful King. Fearing the King Mahabali’s powers they approached Lord Vishnu for help. The Gods believed that Mahabali would capture the heavens too. Lord Vishnu, hence visited Mahabali disguised Vamana, a poor Brahmin. Mahabali being generous asked  Vamana to ask for anything he wished to which he asked for three-feet land.

Mahabali agreed and soon after which Vamana grew in size and placed his first feet on the earth. With the second he claimed the heaves and with no land left, Mahabli offered his head for Vishnu to keep his third feet. Mahabali was then pushed to the netherworld by Lord Vishnu. However, he was granted a wish where he could visit his subjects every year on Thiruvonam.

While Kerala is decked to celebrate Onam in all its glory, here are messages you can send your friends, family, and relatives on an auspicious day. 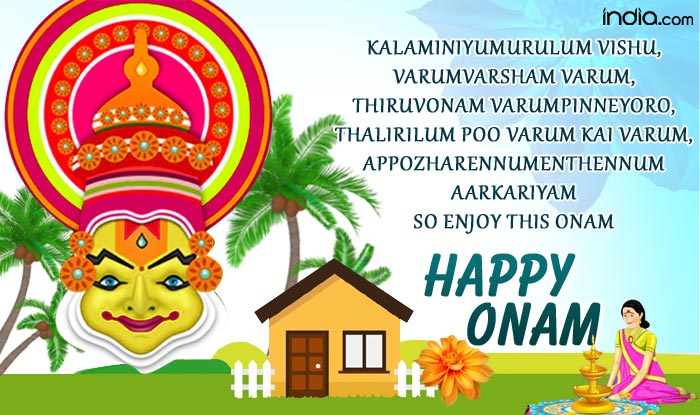 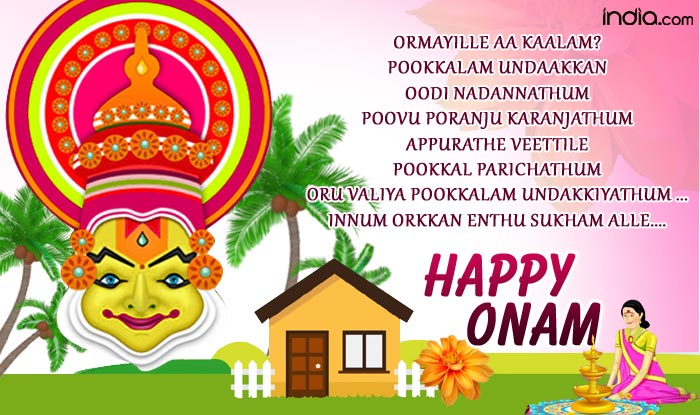 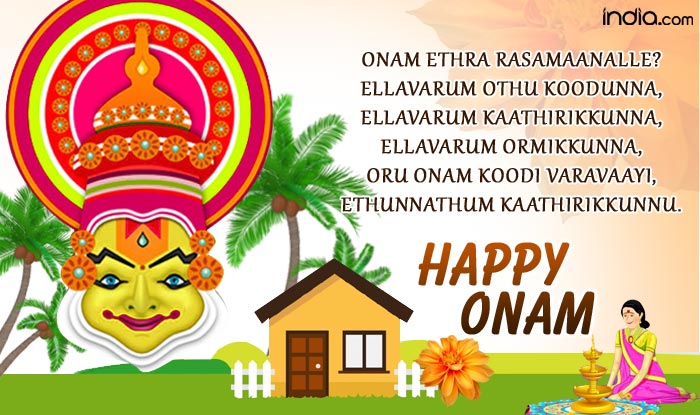 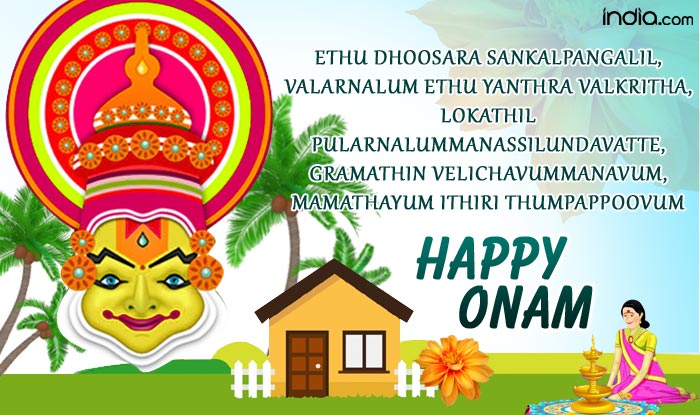 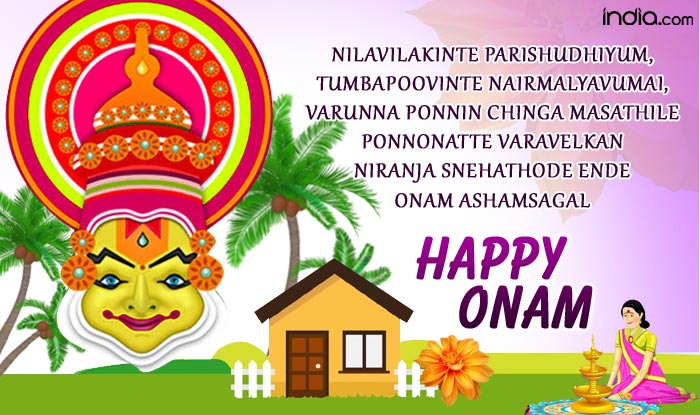 This year, the Kerala Tourism Department has arranged special packages and programmes under its Responsible Tourism’ (RT) initiative for Onam. The initiative titled ‘Nattinpurangalil Onam Unnam, Onasammanangal Vangam’ (Let’s have Onam feast in villages and get Onam gifts) aims at introducing the festivities to foreign and domestic tourists. Under the package, interested families can welcome tourists to their homes and treat them to an Onam feast. The new initiative falls under ‘Responsible Tourism’ project and government has already set aside Rs 4.5 crore for the initial phase of the project.