Jagannath Yatra 2019: Know The Significance, Importance, Dates And Rituals About The Holy Festival of Orissa

The much-awaited festival of Orissa, the Jagannath Yatra begins today, July 4th and will be concluded on July 15th

The much-awaited festival of Orissa, the Jagannath Rath Yatra begins today, July 4th and will be concluded on July 15th. As per the belief, it is said that on this day Lord Krishna along with his brother Balram left for Mathura on the chariot sent by her uncle after he invited them to Mathura to kill the Krishna. It is the day of departure that the devotees celebrate as Rath Yatra. It is also believed that Lord Jagannath which itself means ‘Lord of the World’ visits his birthplace Gundicha Temple along with his brother Balabhadra and sister Subhadra.

On the day of the procession, the holy ritual of Chhera Pahara is performed by the royal successor Gajapati Maharaja Dibyasingh Deb of Orissa. At this time, hordes of locals and devotees flock around the temple area. 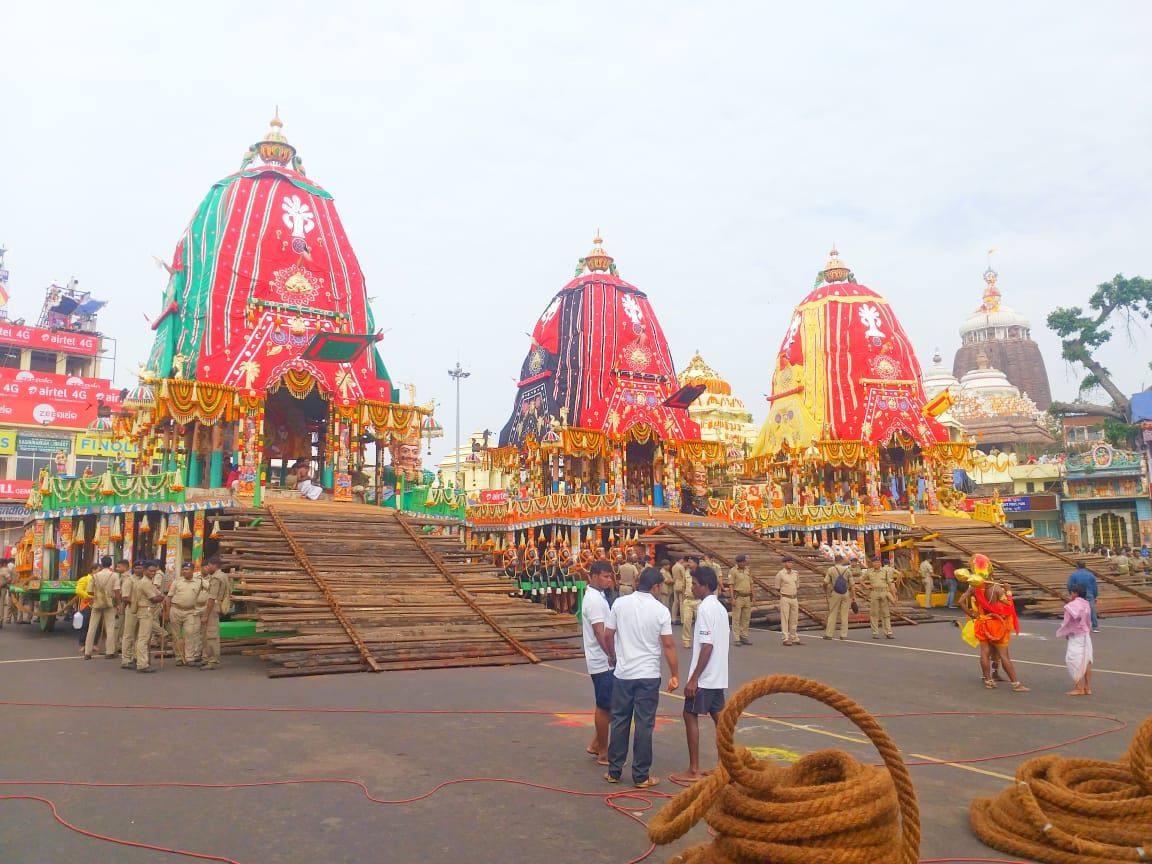 As per the traditional Odia calendar, Rath Yatra begins on the second day of Shukla Paksha of the Hindu lunar month of Ashadha. When the Rath Yatra starts, the idols of the fold are taken from the Jagannath temple to Gundisha temple. Then the idols are placed in decorative chariots followed with chants. Before the yatra begins, the idols are washed with 109 buckets of water in a ritual called ‘Snana Purnima’. It is believed that the deities get fever after they are washed and hence they are kept in isolation. This tradition is known as ‘Ansara’. 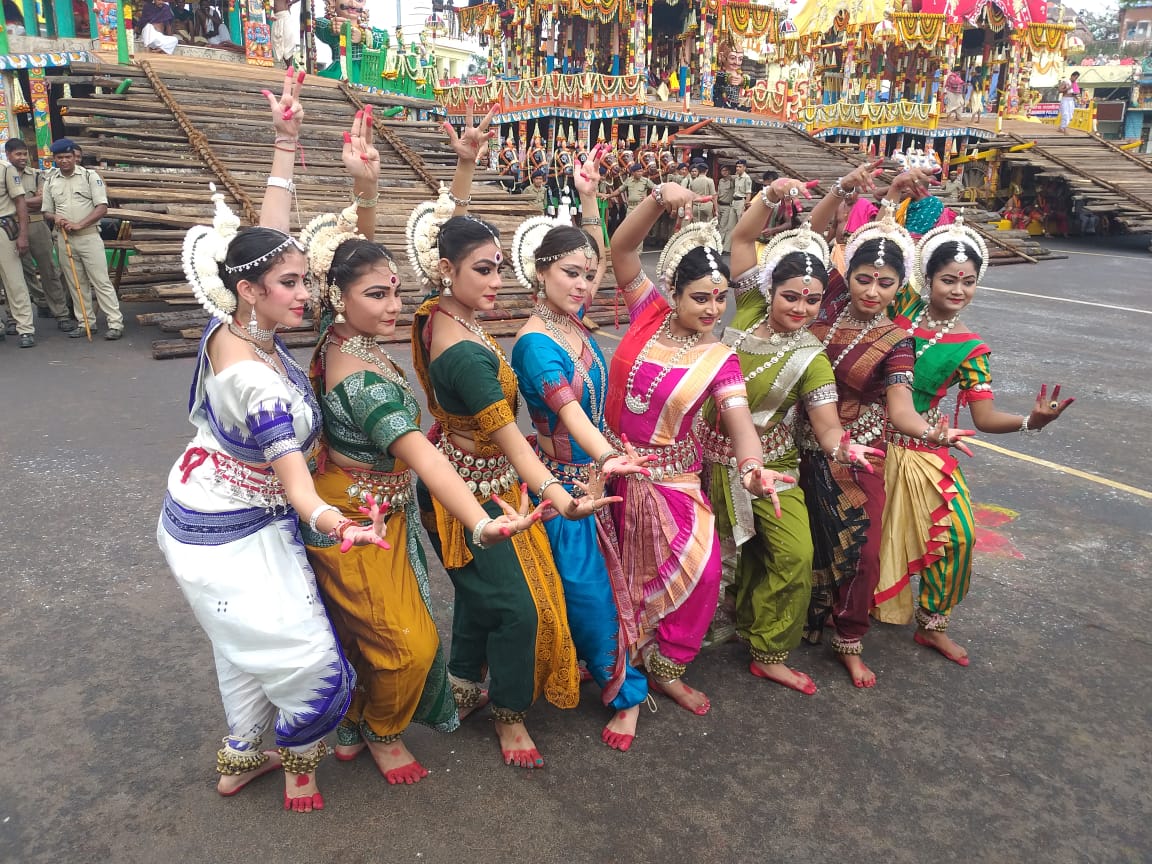 This yatra includes three majestic chariots — Nandighosa (Lord Jagannath), Taladwaja (Balabhadra) and Darpadalan (Subhadra). They have been kept ready before the 12th century Jagannath Temple, situated in Puri. On the occasion of Rath Yatra today, devotees will pull these three chariots on the grand road to the Gundicha Temple, which is situated about three kilometres from the main temple. 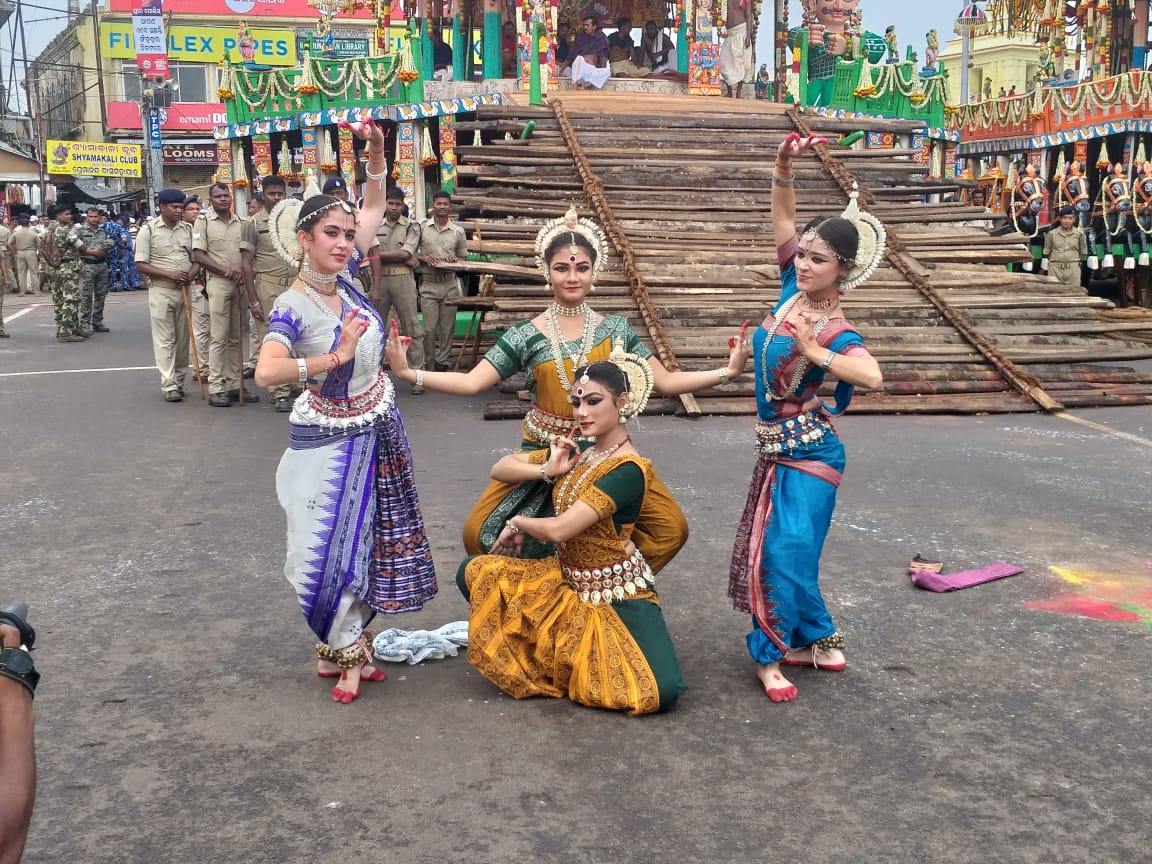 The Rath Yatra is the only festival in the world where the deity is taken out of the temple. It is said that people who attend the festival find their way towards heaven after death. The entire state as well as many people across the country attends the Rath Yatra for a fascinating sight and also to seek darshan and witness the holy view in Puri.

July 4 – Sri Gundisha: Deities are placed on the chariot and then taken to the Gundicha temple. The first chariot moves of Lord Balabhadra then Subhadra’s chariot and at the last the chariot of Lord Jagannath. Pulling of the chariots starts at 4 pm.

July 8 – Hera Panchami: Devotees carry Goddess Lakshmi to Gundicha temple. It is believed that when Lord Jagannath does not return, it concerns the Goddess and she goes to Gunchi temple to search for him.

July 12 – Bahuda Yatra: The return of the chariots to Jagannath temple starts at 4 pm.

July 13 – Suna Besha: The deities are decorated with gold ornaments. The ritual starts at 5 pm and goes on till 11 pm.

July 15- Niladri Biajaya: Deities are placed back into Jagannath temple.