Navratri festival is primarily dedicated to different forms of Shakti or Nav Durga but the ways of celebrating this glorious festivity are very different in various Indian states.

Navratri is a ten day long festival in India that represents the diverse nature of our country in the most unique way. Navratri 2017 or Sharad Navaratri begins on September 21 and will continue till September 29. The festival is primarily dedicated to different forms of Shakti or Nav Durga but the ways of celebrating this glorious festivity is very different in various Indian states. The Hindu festival is observed as Durga Puja in the eastern states while people in Gujarat worship a holy clay pot called Garbo during this festival. Similarly, South India associates Navratri celebrations with the assembly of Golu or Bombe Habba while the northern states associate Navratri mainly with Ram Leela. As we gear up to celebrate this beautiful festival in our own traditional way, it is important to know how Navratri is celebrated in different parts of India and we have summaries the different ways in which this Nav Durga festival is commemorated in India.Also Read - Puri-Based Miniature Artist Makes Goddess Durga Idol With 275 Ice-Cream Sticks 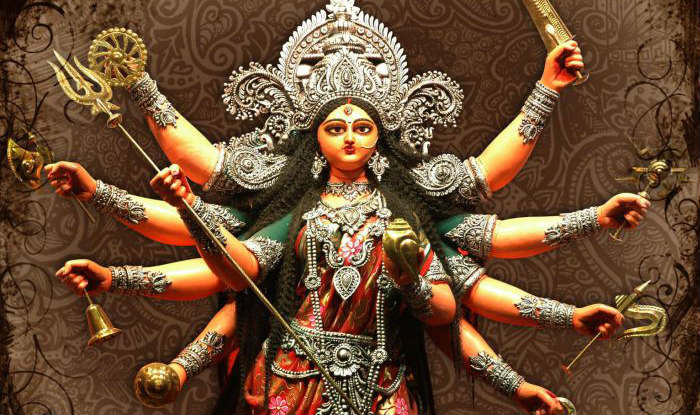 Navratri is a nine-day festival that begins with Ghatastaphna on the first day and is celebrated in the Shukla Paksha. However, people in the eastern states like West Bengal, Odisha, Assam and Tripura celebrate the festival as Durga Pujo or Durgotsava. Durga Puja celebrations last for five days and begin on Shashti in the Hindu month of Ashvin. Durga Puja 2017 begins on September 26 and will be celebrated till September 30. Elaborate temple and stage decorations (pandals), scripture recitation, performance arts, revelry and processions are all a part of the Durga Pujo festivity. Also Read - Durga Puja 2021: Burj Khalifa Pandal in Kolkata Sealed as Mammoth Crowds Trigger COVID Concerns 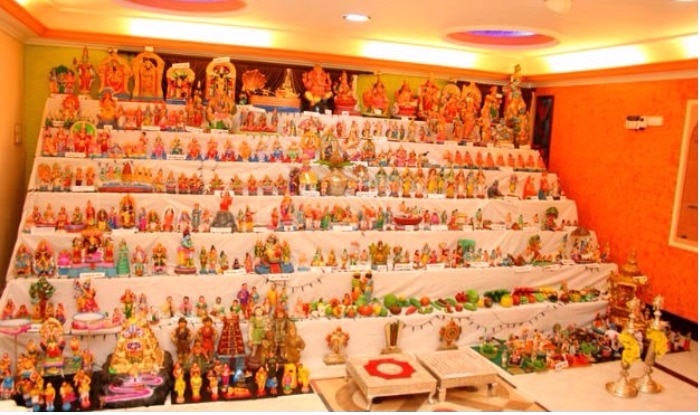 Golu, Bomma Golu or Bombe Habba is the South Indian way of celebrating Navratri every year. The celebrations, which are mainly observed in Tamil Nadu, Karnataka and Andhra Pradesh revolves around displaying figurines and dolls in a particular order on a pre-decided number of steps. Also known as doll festival, Golu is a beautiful way of decorating the figurines of various gods and goddesses. Golu festival begins with Ganpati Puja and is followed by welcoming of goddesses Saraswati, Parvati and Lakshmi by Hindu ritual called Kalasa Ahvanam. The number of steps of Golu is usually an odd number and can be 3, 5, 7, 9 or 11 based on personal preferences. 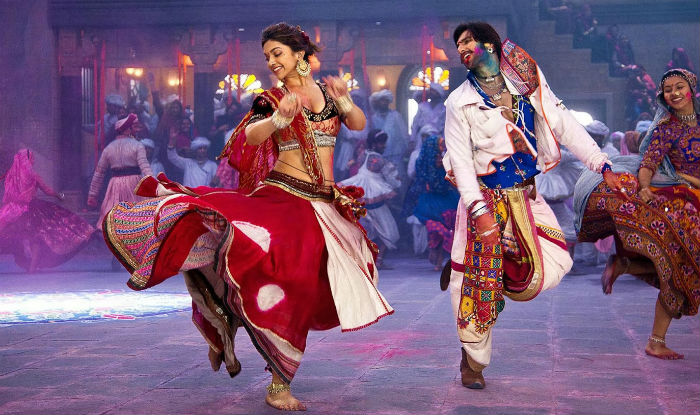 Navratri is an extremely important festival in Gujarat and the traditional celebrations for Navratri includes fasting during the festival by not eating any grains and dedicating their prayers to a symbolic clay pot called Garbo. The pot is seen as a resemblance of the womb of the universe as well as the family and a diya is lit inside the pot (representing the aatma or soul of people). People from Gujarat also indulge and energetic dance performances during Navratri, which is called as Garba and Dandiya. Navratri is seen as a festival that brings together the communities and pushes them to sing, dance and enjoy together. 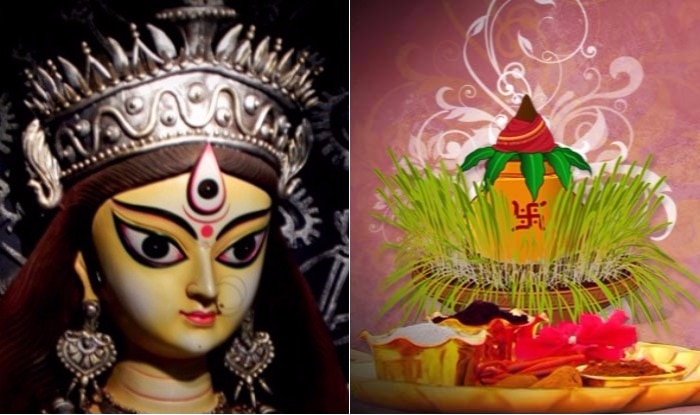 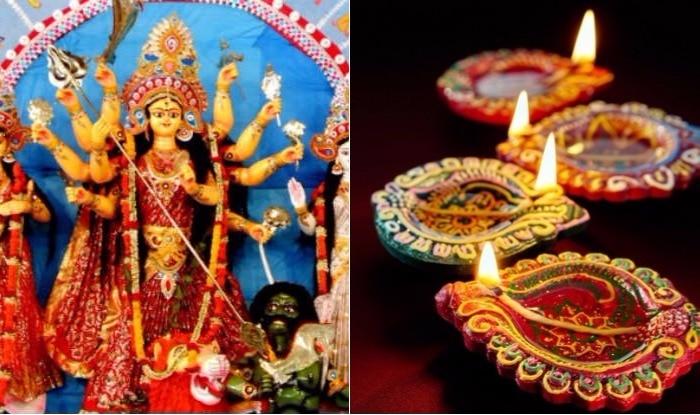 Navratri Celebration in Maharashtra is very similar to the celebration in Bihar and other states and begins with Ghatasthapana on September 21. Many people in Maharashtra also light a lamp or diya in their house, which symbolizes knowledge and prosperity and the lamp is kept lit throughout the nine days. On the occasion of Dussehra, men in the house perform Ayudha Puja and worship and thank all sorts of tools, weapons, vehicles and productive instruments are maintained, decorated. 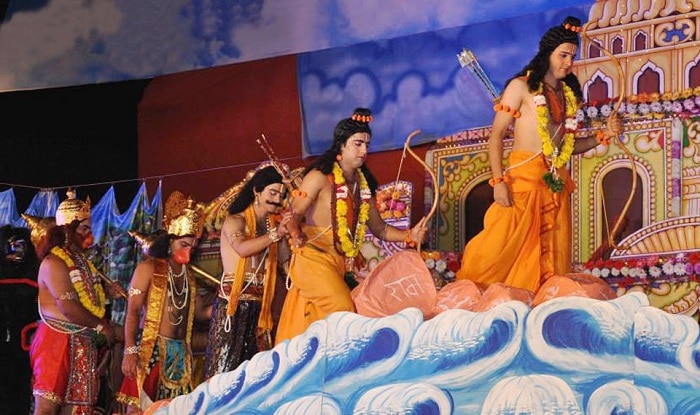 Navratri in synonymous with Ram Leelas in the Northern states and episodes from the story of Rama and Ravana are enacted by teams of artists in rural and urban centres, inside temples or in temporarily constructed stages. Ram Leela has been inscribed by UNESCO as one of the “Intangible Cultural Heritage of Humanity” in 2008 and various cities in Uttar Pradesh, Uttarakhand, Bihar and Madhya Pradesh organise Ramleelas for Navratri season.

Other Indian states like Goa, Kerala and Telangana also celebrate Navratri in a similar fashion. Temples in Goa are installed with a copper pitcher surrounded by clay in which nine varieties of food grains. Kerala celebrates the last three days of Navratri as Sarasvati Puja in which books are worshipped. The fact that one festival is celebrated in numerous ways is the perfect example of the diversity of our country and we wish everyone a Happy Navratri 2017!