Sadhya means 'banquet' in Malayalam is a spectacular multi-course vegetarian meal that features over 23-26 dishes on a banana leaf.

The state festival of Kerala, Onam is celebrated in full swing with fun and fervour. Commemorated in honour of King Mahabali who sacrificed his life for his people, the ten-day festival is no less than a grand carnival. The extensively important festival sees an elaborate feast, called the Onam Sadhya. The delicious recipe is an integral part of Onam, which marks the Malayalam New Year as well as the harvest festival. Sadhya is the traditional vegetarian buffet typically comprising of 26 dishes or items. Onam, which kick-started on August 25, 2017, will continue till September 6. The lip-smacking cuisine served in an Onam Sadhya feast makes the Kerala festival memorable for the followers. Bring on the banana leaf! Also Read - Metro Man E Sreedharan to be BJP's CM Candidate in Kerala Assembly Elections

Onam is celebrated at the beginning of the month of Chingam, the first month of Malayalam Calendar (Kollavarsham). This corresponds with the month of August-September according to Gregorian Calendar. Carnival of Onam lasts for four to ten days. The first day, Atham and tenth day, Thiruonam are most important of all.  Onam is symbolic with floral carpet called pookalams, snake boats called Vallam Kali, tiger dances called Pulikali, women’s dance called Thumbi Thullal, folk songs and dance called Atthachamayam. Along with the pompous celebrations, there is grand feast – it is called Onam Sadhya. Sadhya means ‘banquet’ in Malayalam is a spectacular multi-course vegetarian meal that features over 23-26 dishes on a banana leaf. It is not just associated with Onam but during other events in Kerala. Also Read - Kerala Sets up 'Sanitiser Booths' at Schools For Safety of Students as Classes Resume 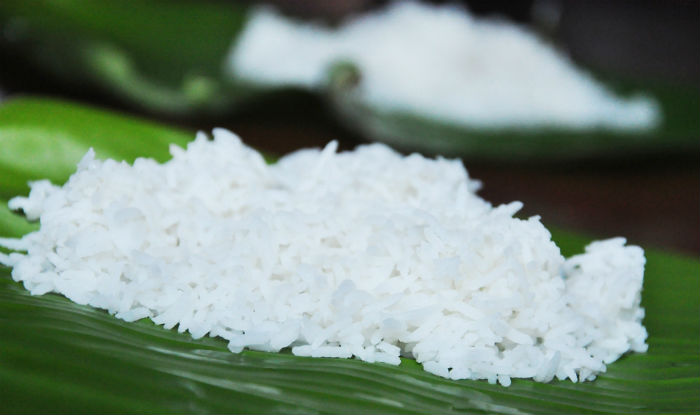 1. Rice: It is the main item in a sadya. It is always the Kerala red rice (semi-polished parboiled brown) which is used for the Sadya. The rice is also called ‘Kerala Matta’. 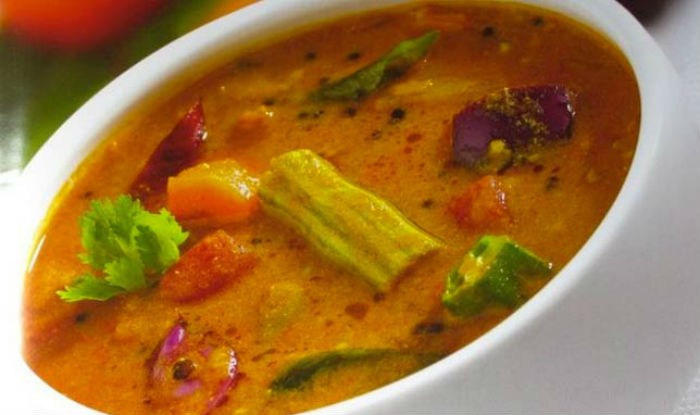 2. Sambar: A thick gravy made of lentils, tamarind, vegetables like drumsticks, tomato, etc., and flavored with asafoetida. 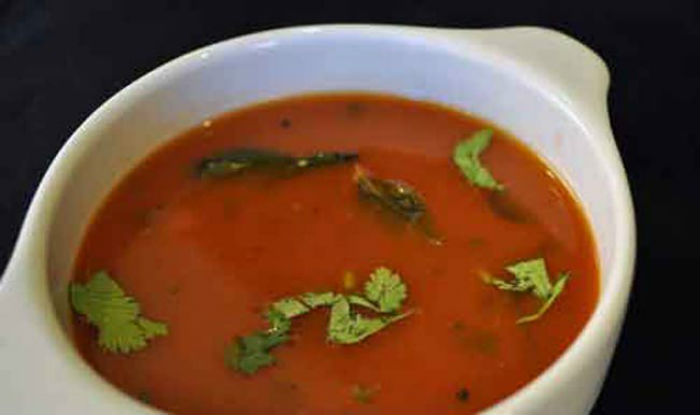 3. Rasam : A watery dish made of tamarind, tomatoes, and spices like black pepper, asafoetida, coriander, chili pepper, etc. It is very spicy in taste and aids in digestion. However, in some regions Rasam is not counted as part of Sadhya.

5. Avial : Thick mixture of various vegetables, and coconut. It is seasoned with coconut oil and curry leaves.

6. Kaalan : Made of yogurt, coconut, and any one vegetable like “nendran” plantain or a tuber-like yam. It is very thick and more sour, and typically can last for a longer period owing to the lower water content. 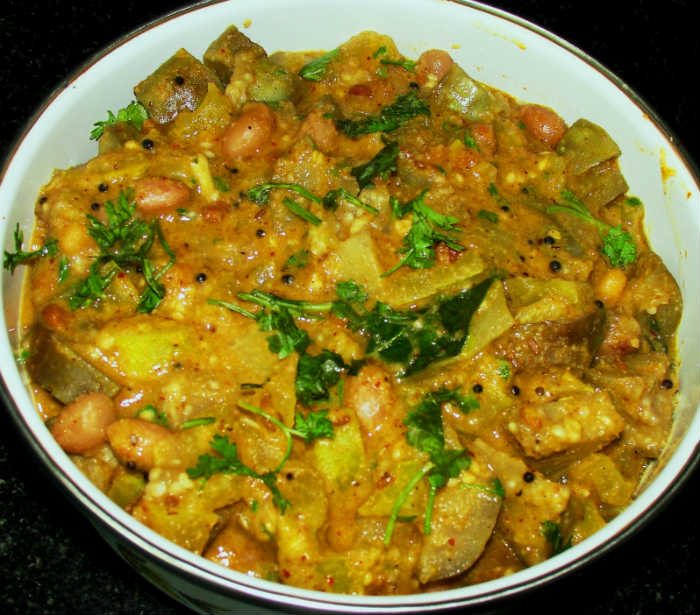 8. Koottukari: Vegetables like banana or yam cooked with chickpeas, coconut and black pepper.

9. Erissery: A thick curry made from pumpkin, black-eyed peas and coconut. 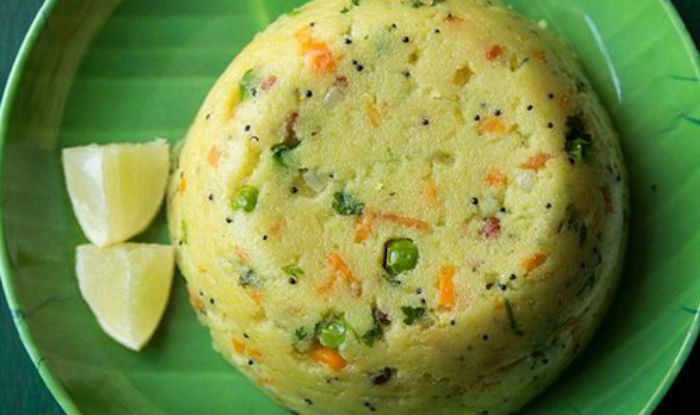 10. Kichadi: Sour curry made of yoghurt and usually cucumber or sliced ash gourd cooked in coconut ground with mustard seeds and seasoned with sautéed mustard seeds and curry leaves. In Tamil Nadu, this dish is known as Pachadi. It is somewhat similar to a Raita.

11. Pachadi: A sweet form of Kichadi, made with pineapple, pumpkin or grapes in yoghurt. The gravy masala comprises coconut ground with cumin seeds and green chillies. Due to its sweetness, it is also called Madhura (sweet) curry in some places. 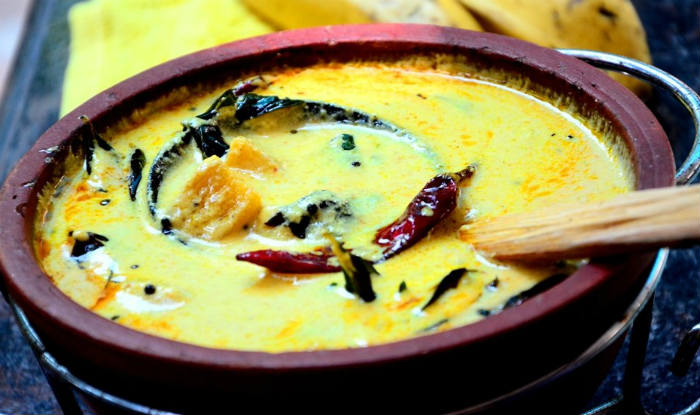 12. Pulisseri: A sour, yellow-coloured thin curry made with slightly soured yoghurt and cucumber. A sweet variant called ‘Mambazha Puliseri’ replaces cucumber with a combination of ripe mangoes and jaggery.

14. Thoran : A dish of sautéed vegetables such as peas, green beans, raw jackfruit, carrots, or cabbage (usually) with grated coconut. 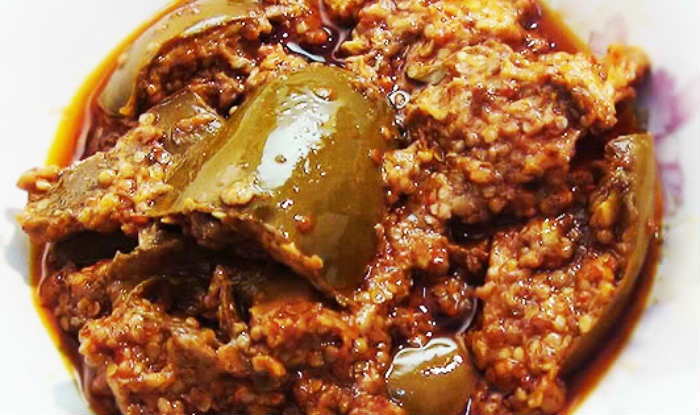 16. Pappadam: Made with lentil flour, it is crispy and can be eaten as an appetizer. 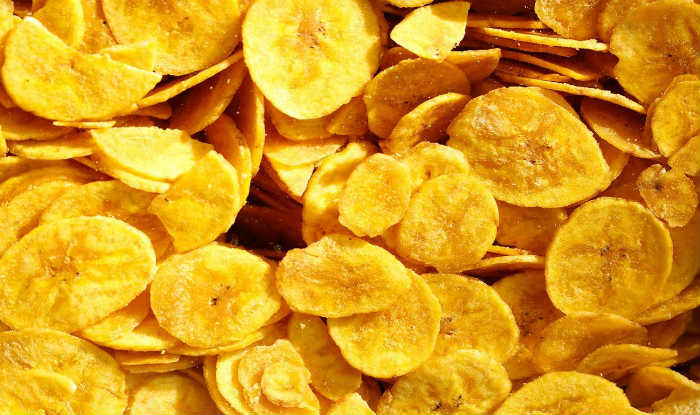 19. Banana: A ripe banana is often served with the Sadhya to be eaten with the dessert, Payasam.

20. Sambharam: A drink made from salted buttermilk with green chilli, ginger and curry leaves. Drunk to improve digestion. 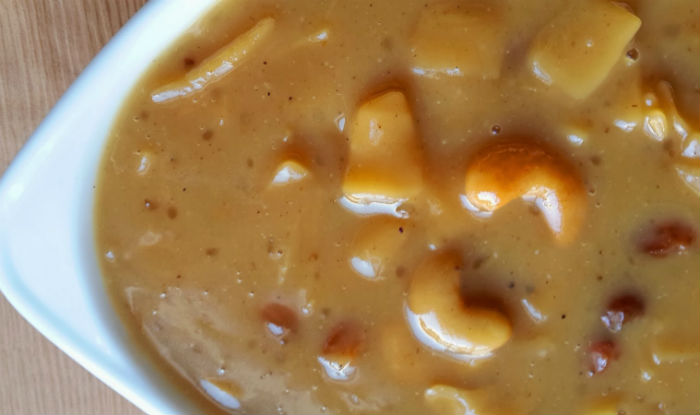 21. Prathaman: Prathaman is a sweet dish in the form of a thick liquid; similar to payasam. It is made with white sugar or jaggery to which coconut milk is added. The main difference between a prathaman and a payasam is that the former uses coconut milk, while the liquid versions of the latter use cow’s milk. 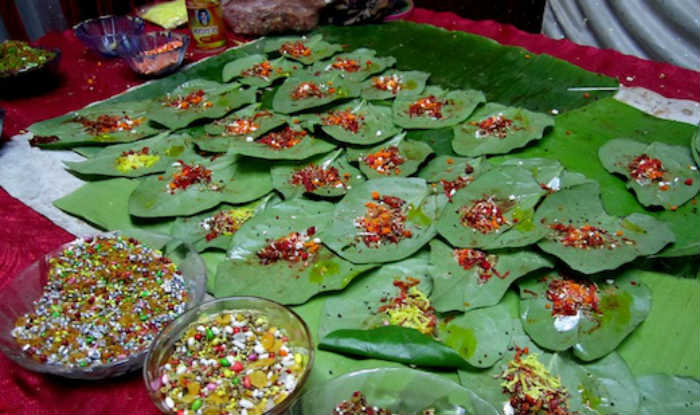 22. Betel Leaves: In the end of the tasty Kerala cuisine, it is customary for all the guests to chew on betel leaves as a digestive.

Curries, side dishes, fried snacks, desserts, ghee and drinks make up a tasty meal for Onam festival. No wonder, Keralites are so excited about having the grand meal. We hope the dishes of the basic Onam Sadhya helps you devour this interesting festival. We wish everyone celebrating the Kerala festival, a happy Onam 2017 and Malyalam New Year.