Rabindranath Tagore Jayanti 2020: Best Inspirational Quotes by ‘Bard of Bengal’ to Celebrate The Great Poet on His Birth Anniversary

Rabindranath Tagore was a Nobel laureate, genius poet, and the man behind composing India’s national anthem. Today, on his birth anniversary, Rabindranath Tagore Jayanti or Rabindra Jayanti is a cultural celebration in remembrance and reverence of luminary Rabindranath Tagore on his birth anniversary. It is celebrated annually and globally on the 25th day of Bengali month Boishakh. As per the Bengali year, he was born in the year 1268 and as per Gregorian calendar, he was born in 1861 AD. Born to Debendranath Tagore and Sarada Devi, he is widely known for authoring Gitanjali which made way for him to become the first non-European to win the Nobel Prize in literature. He is also referred to as the ‘Bard of Bengal’. Also Read - Tagore Birth Anniversary 2020: Mamata Banerjee Celebrates 159th Rabindra Jayanti Amid COVID-19 Scare, Artistes Perform Virtually

He was truly ahead of his time and is considered a cultural icon. He was even awarded a knighthood in 1915 by King George but renounced the title in 1919 after the Jallianwala Bagh massacre. The day is elaborately celebrated in Santiniketan in West Bengal, in the Visva Bharati University which was established by him. Also Read - Pak PM Imran Khan Does it Again: This Time he Passes off Tagore's Words as Khalil Gibran's

Here we bring some of the inspirational quotes by him: 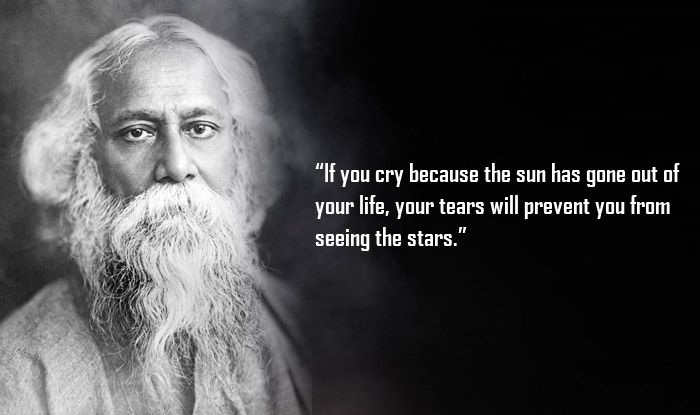 Quote Read: If you cry because the sun has gone out of your life, your tears will prevent you from seeing the stars. 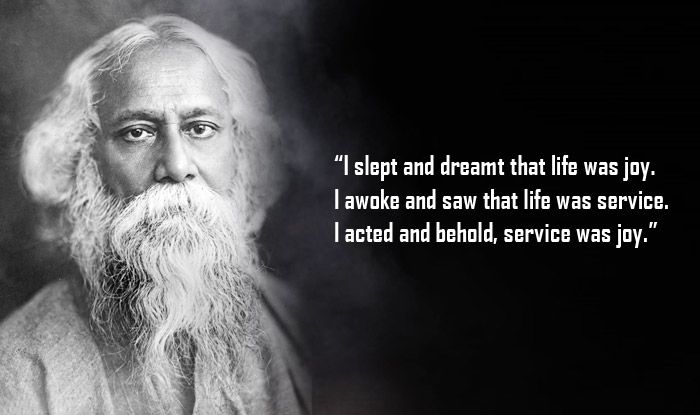 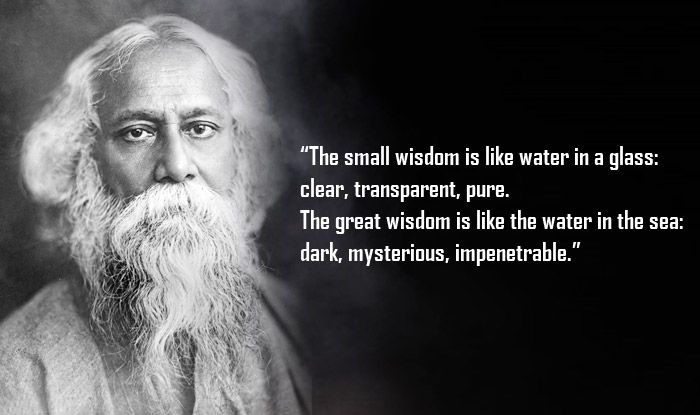 The small wisdom is like water in a glass:

The great wisdom is like the water in the sea: 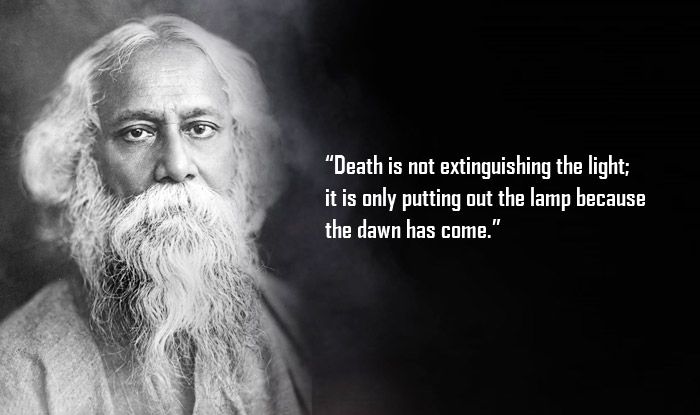 Quote Read: Death is not extinguishing the light; it is only putting out the lamp because the dawn has come. 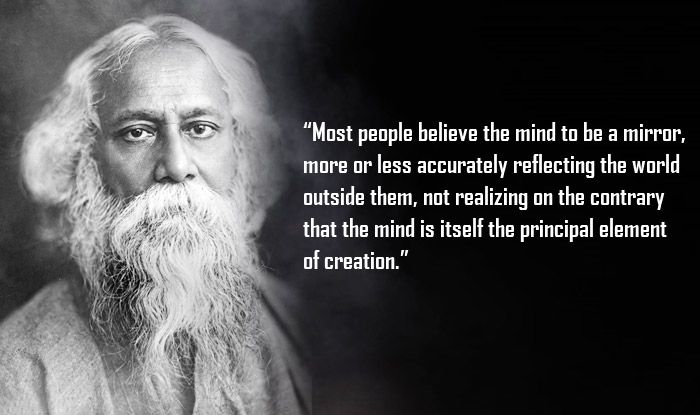 Quote Read: Most people believe the mind to be a mirror, more or less accurately reflecting the world outside them, not realizing on the contrary that the mind is itself the principal element of creation 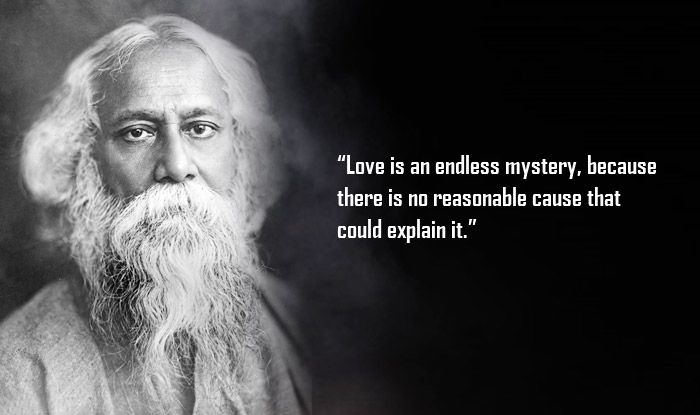 Quote Read: Love is an endless mystery, because there is no reasonable cause that could explain it 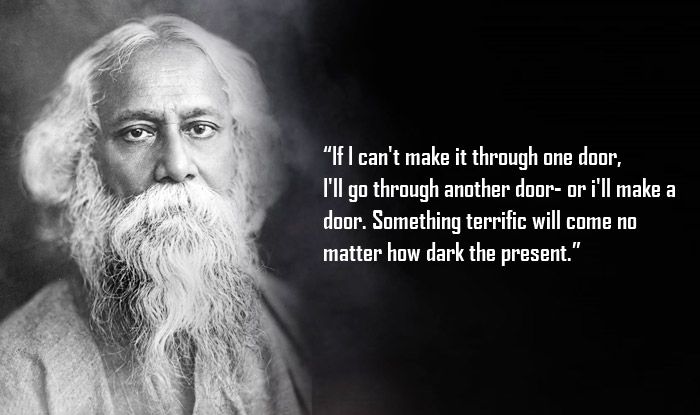 Quote Read: I can’t make it through one door, I’ll go through another door- or i’ll make a door. Something terrific will come no matter how dark the present. 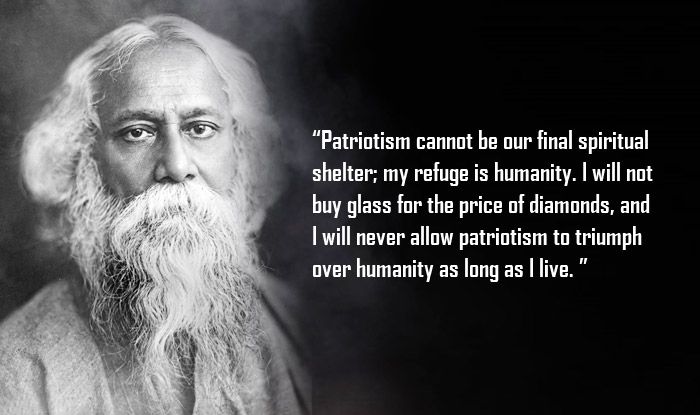 Quote Read: Patriotism cannot be our final spiritual shelter; my refuge is humanity. I will not buy glass for the price of diamonds, and I will never allow patriotism to triumph over humanity as long as I live. 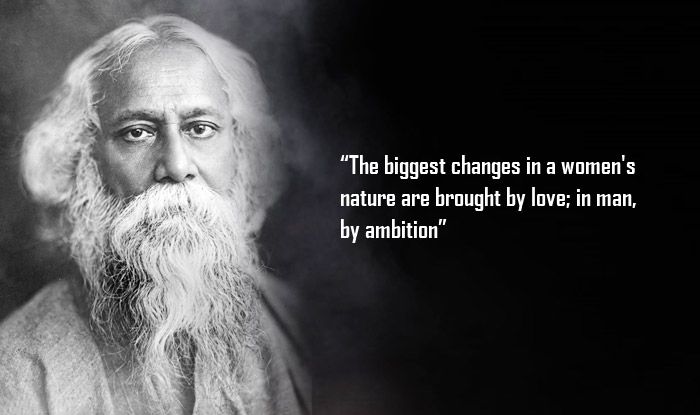 Quote Read: The biggest changes in a women’s nature are brought by love; in man, by ambition 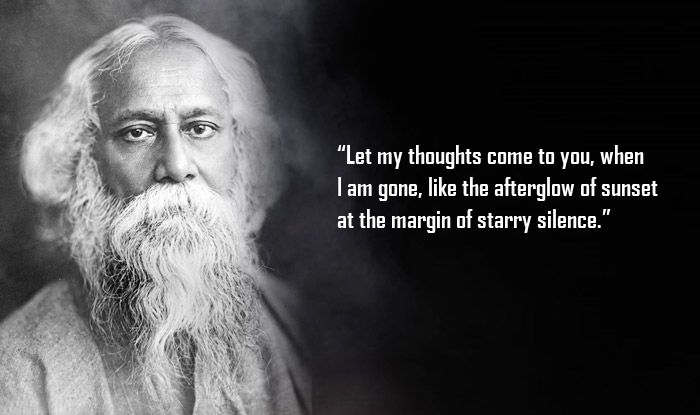 Quote Read: Let my thoughts come to you, when I am gone, like the afterglow of sunset at the margin of starry silence. 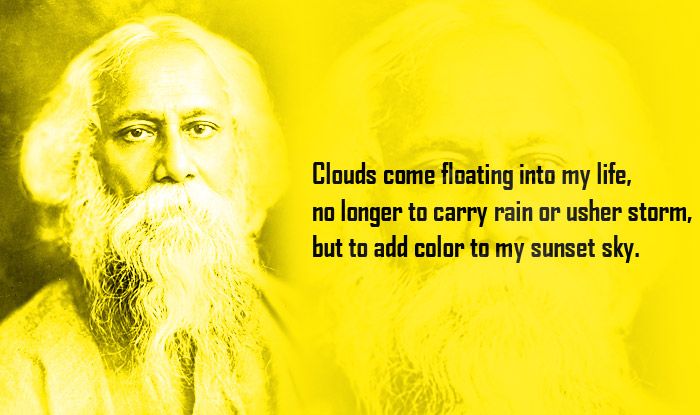 Quote Read: Clouds come floating into my life, no longer to carry rain or usher storm, but to add color to my sunset sky.

His Rabindra sangeet to his short stories to his poems and authored books, he is known for his renowned work which is still being read and sang globally around the world.