Ramadan 2019: Australia Will Observe First Fast on THIS Day

As Muslims waited in anticipation, searing skies for the crescent moon that would mark the beginning of the holy month of Ramadan, Australia has declared the date of the first day of fast. As per a statement released by the Australia National Imams Council, the first fast this year will be observed on May 6. Also Read - Facebook Says It Will Pay USD 1 Billion over 3 Years To News Industry

As per a report in Khaleej Times, the announcement came after much consultations with Islamic leaders across the island continent, the Grand Mufti of the country and Dr Ibrahim Abu Mohamad. Henceforth, the Council declared May 6 as the first day of Ramadan there. Also Read - Australia Passes Landmark Law to Make Google, Facebook Pay For News 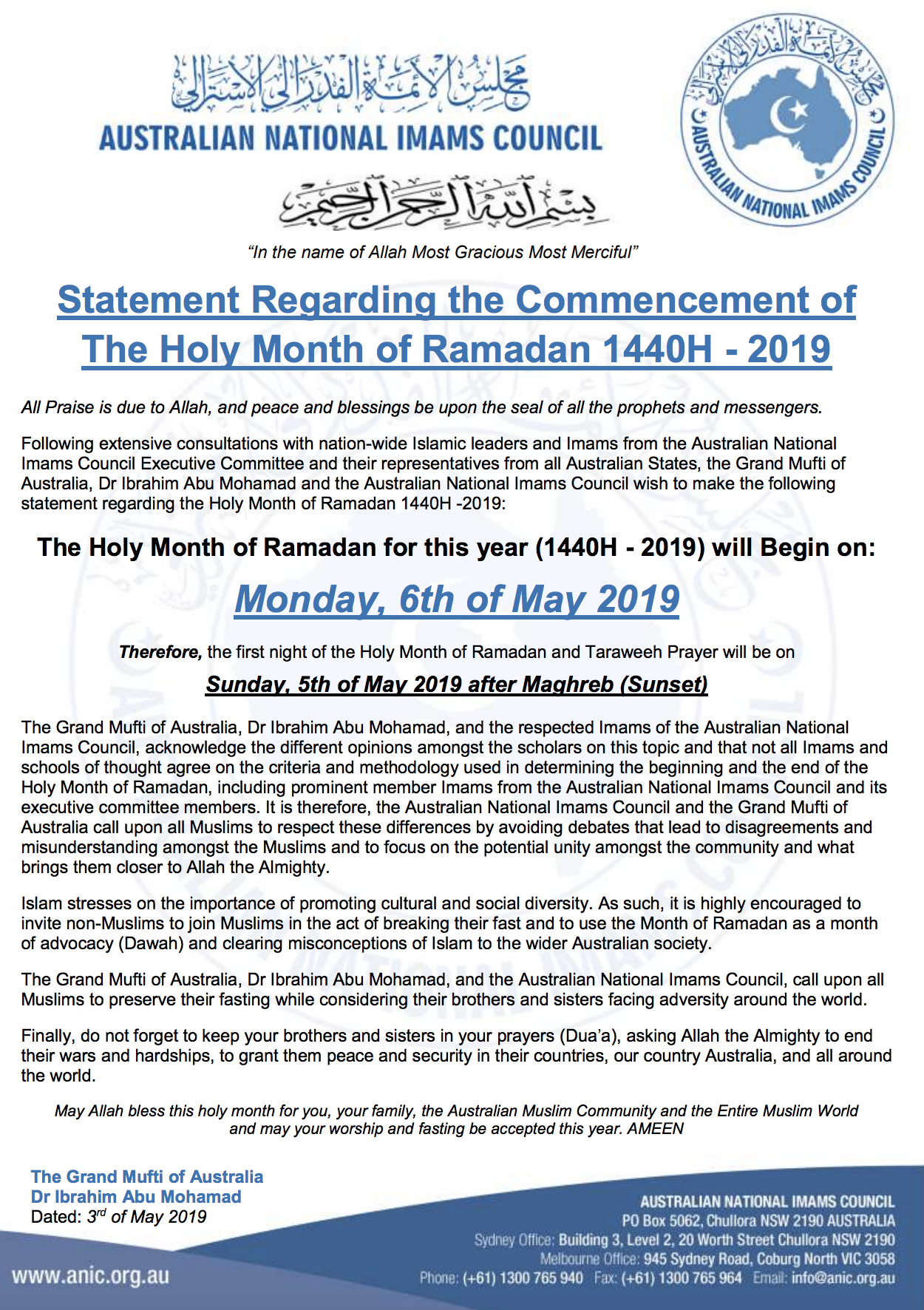 Statement declaring the commencement of Ramadan 2019 in Australia

Unlike the Gregorian calendar followed by the West, the Islamic calendar is lunar that is, based on the moon. Since lunar months are shorter than solar months, Muslims holy month of Ramadan, which takes place in the ninth month of the Islamic year, occurs approximately 11 days earlier every year depending on when the moon is sighted and hence, varying from country to country by about a day.

Apart from offering the five daily prayers at the time of Fajr (dawn), Dhuhr (noon), Asr (afternoon), Maghrib (evening), and Isha (night), the rozedaars (or as the people who keep fasts are called) should not eat or drink anything intentionally and abstain from smoking or else the fast will become invalid. However, consumption of any food item due to forgetfullness or by mistake will not have any negative effect on one’s fast. In such a case, the fast will remain valid.