Ramadan Timetable 2020: Know Sehri And Iftar Dates And Timings in India For Fasting During Ramzan

Ramadan Timetable 2020: Ramadan Schedule in PDF with Sehri and Iftar dates & timing in India (IST) for fasting in the Holy month.

The sacred month of Ramadan is just around the corner and Muslims across the world are gearing up to practice self-restraint as they observe 30 days of fast from dawn to dusk. Fasting is one of the five pillars of Islam, the other pillars are faith, prayer, charity and making pilgrimage to the holy city of Mecca. Ramadan is considered to be the most pious month for the followers of Islam. As per the legend, it was the holy month of Ramadan that the holy Quran was revealed to Prophet Mohammed. Also Read - Ramadan 2020: Fasting Tips For Diabetics

This year, Ramadan will begin from April 23 and will be conceded on May 23. Eid-Al-Fitr would be celebrated on May 23, however dates may var as per the lunar movement. Also Read - Ramadan 2020 Recipes: Scrumptious Recipes to Relish on The Occasion

Here we bring you the timetable for Sehri and Iftar timings: 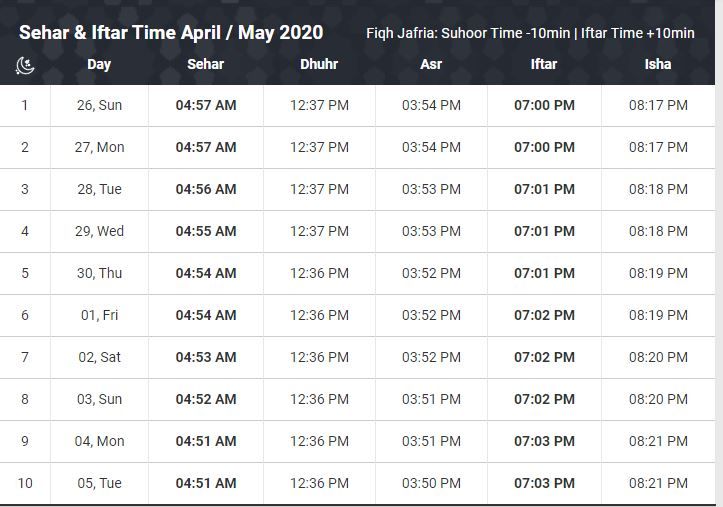 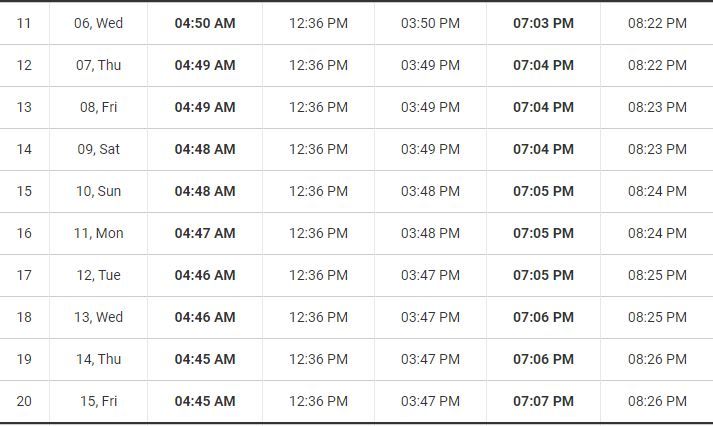 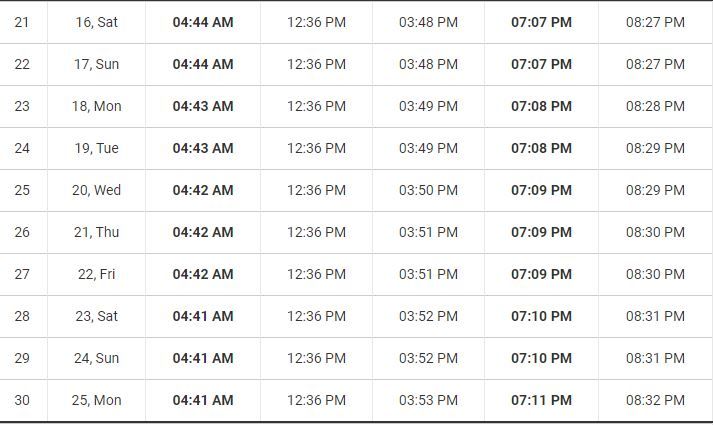 When will Ramadan begin and end in 2019?

In India this year, Ramadan is expected to begin from May 24, as per the sighting of the crescent moon. Depending on the moon cycle, the period will last 29 or 30 days which means that the holy month will draw to a close on May 23 or May 24. Muslims all over the world will be observing a fast from dawn to dusk during these 29 or 30 days of Ramadan.

What is the significance of Ramadan?

According to Muslim beliefs, it was during Ramadan, precisely on the night of Laylat al-Qadr that the Quran was first revealed to mankind. The Night of Power or Laylat al-Qadr as it is called, was the night when the word of Allah is said to have been revealed to Prophet Muhammad.

The whole month is spent by Muslims in spiritual reflection and increased devotion and worship as the tablets of Ibrahim, the Torah, the Psalms, the Gospel and the Quran are believed to have been sent down on the 1st, 6th, 12th, 13th and 24th days of Ramadan.

“The month of Ramadan is that in which was revealed the Quran; a guidance for mankind, and clear proofs of the guidance, and the criterion (of right and wrong). And whosoever of you is present, let him fast the month, and whosoever of you is sick or on a journey, a number of other days. Allah desires for your ease; He desires not hardship for you; and that you should complete the period, and that you should magnify Allah for having guided you, and that perhaps you may be thankful.”

What is the tradition of keeping a fast in Ramadan?

The fast is called a Roza and it is observed by all Muslims through the month and the basic idea behind fasting is to practice self-restraint. Breaking a fast with iftari delicacies can put a smile on the hungriest of people.

A Roza is kept in a certain way, a typical day would start with sehri or suhoor which consists of a lavish meal before dawn. Once the sun rises everyone observes the fast through the day and then break the fast after the evening prayer with a feast enjoyed by friends and family. Eid-ul-Fitr marks the end of Ramzan. This annual observance is regarded as one of the five pillars of Islam.