Here's all that happened in the grand and fabulous event of Maha Shivratri at Sadhguru's Isha Foundation.

Coimbatore: Caution dampened neither exuberance nor devotion in Isha’s all-night Mahashivratri celebrations, a spectacular display of music and dance that was interspersed with immersive meditative experiences in the presence of Adiyogi. “Let this night not just be a night of wakefulness, let this night be a night of awakening for you,” Sadhguru said while speaking about the immense spiritual possibilities of the auspicious night.Also Read - Sadhguru and Demi Lovato Discuss Aliens, Spirituality and Other Interesting Things in a Thoughtful Interaction | Watch

A smattering of a live audience, a fraction of what Isha hosts annually attended the all-night event in person. With strict distancing norms, hygiene protocols and medical screening procedures, this was one of the most cautious and unusual Mahashivratris at Isha. But it did little to dampen the celebratory mood of the audience, volunteers and performers whose lung power and high-voltage energy belied their numbers. Sadhguru entered to a roaring welcome. Also Read - International Yoga Day 2021: Sadhguru Explains How Yoga Dissolves Animal Nature Within in The Most Beautiful Video Ever 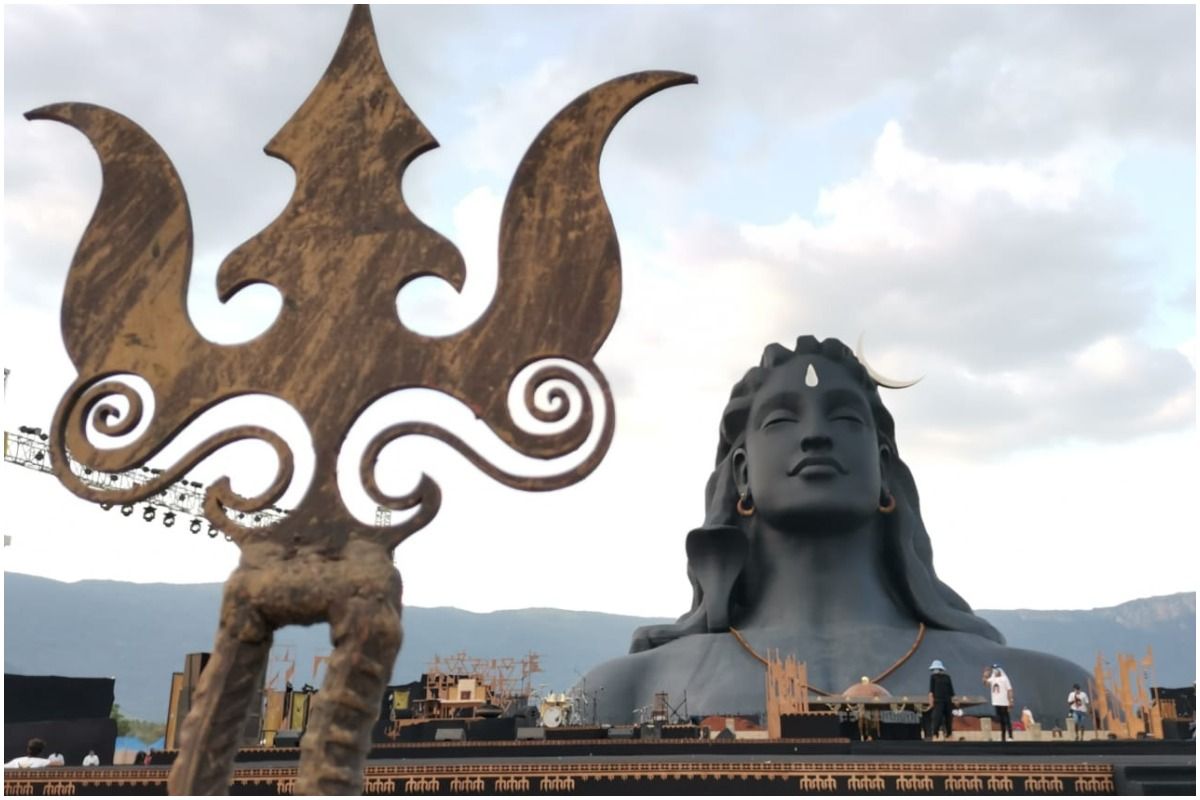 The event was preceded by the Linga Bhairavi Yatra to Nandi at the Isha Yoga Center. Fiery and passionate, the Yatra is a representation of Devi’s qualities and culminates in the Maha Arati. The Yatra was followed by the Panchbhuta Kriya performed by Sadhguru. The ritual helps to better integrate the five elements into one’s body. Sadhguru planted a sapling and lit the Mahayoga Yagna that symbolizes his wish and Isha’s mission to bring one drop of spirituality to everyone on the planet. With the lighting of the Yagna, millions of Isha volunteers (Yoga Veeras) pledge to teach a simple form of Yoga that can be easily integrated into one’s lifestyle, to as many people as possible. Also Read - Anand Ethirajalu Speaks With Shilpa Reddy on Sadhguru's Isha Agro Movement | Watch

It was then time for some serious fun as a gala cultural menu unfolded at the venue led by Isha’s homegrown music and dance troupes – Sounds of Isha and students of Isha Samskriti. With an impressive roll-call of artists; discourses, chants and meditation sessions with Sadhguru; and the dazzling Adiyogi Divya Darshanam on the cards, this Mahashivratri at Isha probably kept more people awake online than in the past. 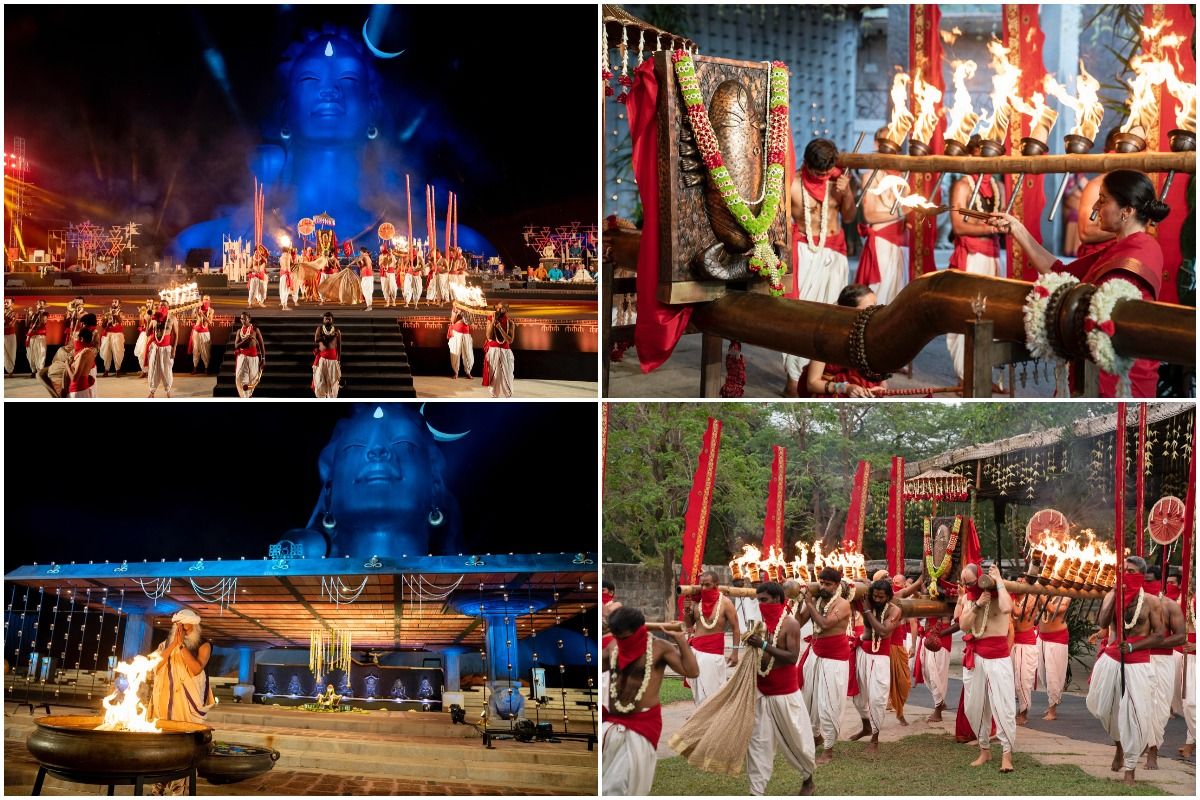 The Midnight Meditation with Sadhguru lived up to its promise as did Sadhguru’s discourse and Q&A. Artists performing through the night seemed to be infused with superhuman energy that spilled over to their charged audience. Staying within their safe zones, performers and audiences alike nevertheless made a memorable night of it. The Thappu drummers worked up a rhythmic frenzy that proved irresistible for the enthusiastic audience. Parthiv Gohil & his troupe, regulars at Isha’s Mahashivratri celebrations, jammed with familiarity and ease with Sounds of Isha. Sandeep Narayan’s soulful and intense renditions drew much cheering from an appreciative audience. Kutle Khan, Kabir Cafe, Mangli, and Anthony Dass added versatility and panache to ensure there was never a dull moment. Adiyogi Divya Darshanam, the spectacular sound and light show, left the audience spellbound.

Keeping with tradition, Sadhguru felicitated farmers and made offerings to their bedecked bovine partners who seemed to have soaked in the celebratory mood as well. 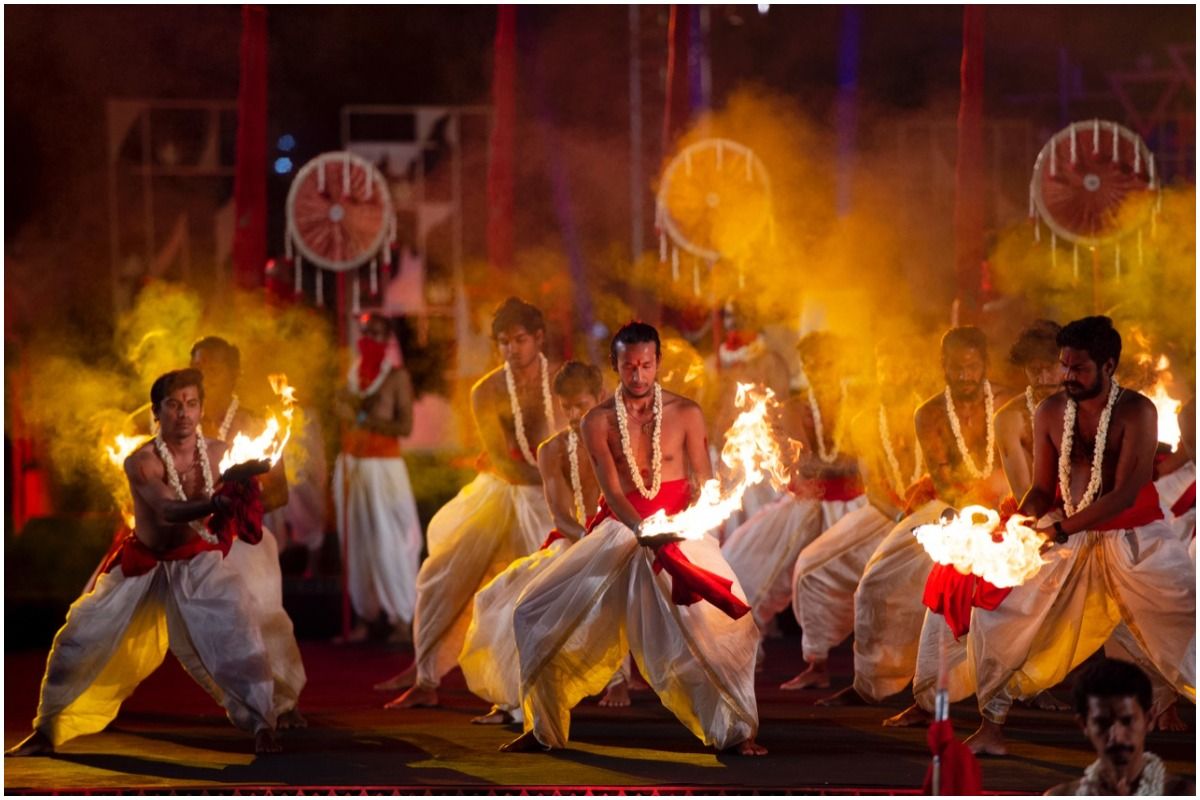 The event was live-streamed and telecast across 100 channels. Apart from English and 11 Indian languages, it was also streamed in Nepali, Russian, French, Portuguese, Traditional Chinese, and Simplified Chinese reaching a worldwide audience of millions of viewers.

The event was held in strict adherence to government directives on social gatherings. All participants were required to produce a COVID-negative test report to be eligible to participate in person. In addition, temperature checks, medical screening, masks and social distancing were made mandatory for the event. Isha volunteers made elaborate pre-determined seating arrangements which the participants were required to comply with for the duration of the event.