As these two teams kick off the action on day 3 of round of 16 we take a look at some facts. 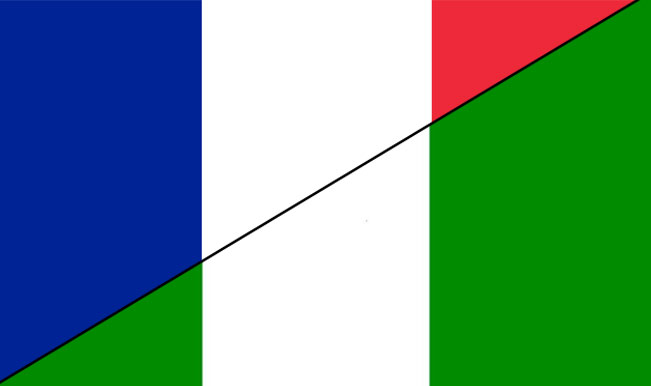 Two impressive wins and a draw saw France top the Group E and advance to last 16. France knocked down Honduras and neighbours Switzerland with abundant goals before a goalless draw against Ecuador. On the other hand Nigeria finished second in Group F and progressed to knockout stages for the first time since 1998, the same year when France became champions. Also Read - .BurtononTrent SPF10 SPO-WC-FRIENDLY-ENGLAND Wilshere cautious over England World Cup hopes

France holds the edge and are also favourites to march into quarter-finals but Nigeria who are eyeing their maiden entry into quarter-final will look to give France a run for their money. As these two teams kick off the action on day 3 of round of 16 we take a look at some facts. Also Read - Putin to attend Confed Cup opening match

2) France 62 attempts at goal more than any other side, may be the reason why they scored 8 goals in the group stage.

4) France striker Karim Benzema who is in a nick has scored nine goals in his last nine appearances for France. In this tournament he has scored three in three games.

5) The fact that Nigerian fan would not want to look at is, Nigeria have only emerged victorious once out of their last 11 World Cup matches.

6) The Super Eagles are aiming to become just the fourth African side to make the quarter-finals after Cameroon in 1990, Senegal in 2002 and Ghana in 2010.

7) Nigerian Goalie Vincent Enyeama is a busy man as he has recorded the most saves (18) of any goalkeeper in the group phase at this year’s tournament.

8) Defender Joseph Yobo became the first player to reach 100 international caps for Nigeria when he was in action against Argentina and is levelled with Jay Jay Okocha’s record of nine World Cup matches for the Super Eagles.

10) Here is something that can make Nigerian supporters happy. The Super Eagles have only once met France before in 2009 and defeated them 1-0.