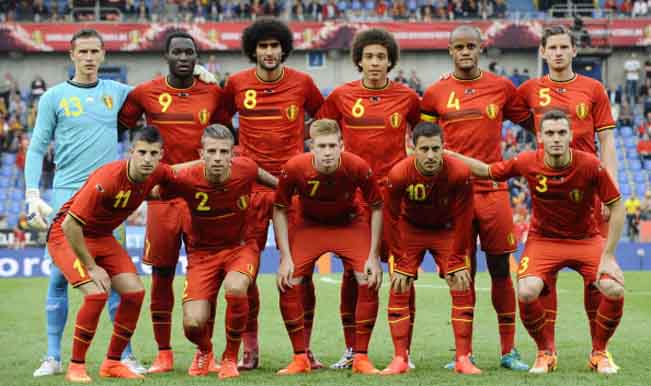 85 Min: Anthony Vanden Borre takes the ball to the corner but loses the ball after he is countered by 2 defenders.

76 min: Belgium attack and Jan Vertonghen gets the Goal!!! to put Belgium in the lead.

69 Min: Lee Chung-Yung tries to get a good run into the penalty but the pass is too high.

64 Min: Belgium is on the attack with Nacer Chadli covering ground down the left and he turns to pass the ball but loses possession to the Korean defence.

56 Min: Korea playing well at the moment but give the possession away to Kevin Mirallas near midfield.

46 Min: And we are off again with the start of the second half.

45 Min: The referee blows the whistle and the goalless first half comes to an end.

44 Min: Belgium loses their star midfielder Steven Defour for a casual challenge that looked dangerous because of the two footed lunge.

26 Min: Anthony Borre gives possession to Ki Sung-Yeung as the ball is cleared.

24 Min: Belgium gets a throw in near the Korea goal post and a scramble ensues as the ball is cleared away.

17 Min: Belgium wins a free kick from 35 yards to take a shot at the Korean goal but he takes a shot.

Kick Off: The referee blows the whistle and the last group stage game for Korea Republic and Belgium kicks off.

Algeria will take on Russia as well with Russia on third position in Group H with 1 point and Algeria is on second position with 3 points. If Algeria wins against Russia then Belgium and Algeria will qualify for the Round of 16. A draw between Algeria and Russia will put Algeria with 4 points and a win by Korea Republic against Belgium will put them at 4 points at which point goal difference will decide the second qualifier from Group H.