United States take on Germany for a crunch encounter in their final Group G game. Catch the live updates of the match here. 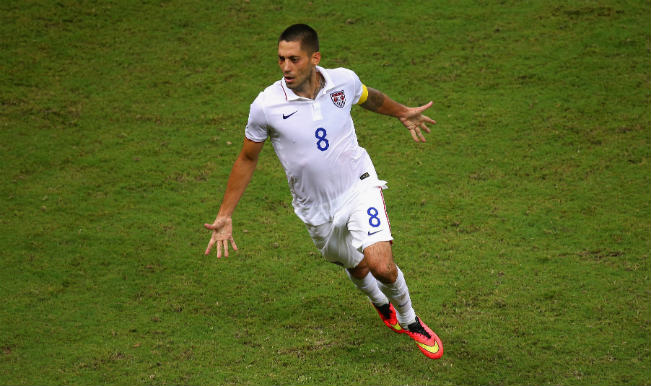 Also Read - Rashid Khan: I Will Get Married Once Afghanistan Win The Cricket World Cup

FULL-TIME Also Read - Still Trying to Work Out if it Was High or Low: Kane Williamson on World Cup Final

62 Min: Ghana have equalized against Portugal! If they win they will overtake United States to finish second in the group to qualify for the next round. Also Read - Robin Uthappa Believes he Still Has a World Cup Left in Him, Says 'You Can Never Write Yourself Off'

Thomas Muller equals Lionel Messi and Neymar as tournament top scorers in Brazil. He surpasses Diego Maradona (8) in World Cup goals. The forward is only 23 years old! So much to come from him in the future!

55 Min: GOAL! Muller scores!!! A well worked corner see a header saved by Howard but the ball falls to Muller at the edge of the box and the forward excellently blasts it into goal!

52 Min: Great chance as Schweinsteiger picks out Klose but he glances his header wide. It was a real quick delivery and the substitute striker was almost caught out by surprise.

46 Min: Great ball in from Boateng but more amazing defending from Gonzalez to get in front of Ozil! Great start to the game here!

Second-half: The referee gets the game restarted. USA need to hang on to this scoreline or get a win to go through as Portugal are 1-0 up.

Not the best of games but really it’s really interesting to see how both sides are willing to attack. No great chances for either side although Germany should have done better with their finishing! Score is tied at 0-0.

35 Min: Great ball from Muller to Ozil who cuts inwards and shoots with his left but Howard saves the low shot! Ozil should have bent it in to the top corner!

31 Min: Toni Kroos tests Howard with a long range effort but not a problem for the keeper!

28 Min: Great ball played wide for Johnson to chase but the referee gets in the way of Jones which prevents the midfielder from getting to the pass! Comical stuff! But unfortunate for the Americans.

21 Min: Jones makes a good run and catches Lahm out of his position and he passes to Graham Zusi who then shoots and bends a shot high up above!

15 Min: Schweinsteiger is fed a great ball towards goal and he has only the defender and keeper to beat but it’s a great sliding challenge from Gonzalez to prevent him from shooting on goal.

8 Min: A marauding Podolski crosses in a great ball from the left towards Muller but Tim Howard does well to claim it! Superb reading of the game by the big Everton keeper!

2 Min: GERMANY CHANCE! Great ball in from Boateng and it’s a chance for Muller but his acrobatic scissor kick does not work out!

Kick-off: The match referee gets the game going! Germany coach Joachim Low has left Miroslav Klose on the bench. Sami Khedira and Mario Goetze are also on the bench with veterans Bastian Schweinsteiger and Lukas Podolski back in the starting line-up.

Jurgen Klinsmann, the German-born coach of the USA, also made only two changes for a match that could see both sides go through. Geoff Cameron has been left on the bench in favour of Omar Gonzalez, with Jermaine Jones coming in for Alejandro Bedoya in midfield.

United States take on Germany for a crunch encounter in their final Group G game. United States have been the surprise package this FIFA World Cup 2014 and stand a chance to go through the group stage when Jurgen Klinsmann’s side were expected to have a tough time with the likes of Portugal, Ghana and of course Germany.