Midfielder Michael Barrantes insisted Saturday that Costa Rica are no longer World Cup underdogs and are ready to make history by securing a quarter-finals place with a win over Greece. 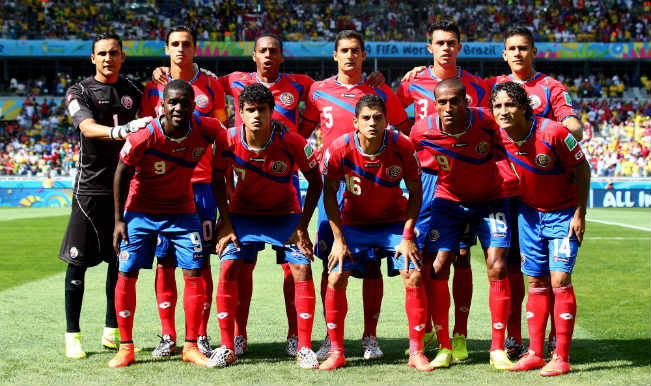 With Costa Rica now challenging for the last eight for the first time, Barrantes believes the central Americans have answered their critics.

“We came here to write football history for our country. We came in as the underdogs, now everybody knows who Costa Rica is.

“We’ve surprised everybody, but right through it all we’ve believed in ourselves,” he said.

Costa Rica are appearing in the round of 16 for the second time in four participations, having last made it to the knockout round in 1990 when they suffered defeat to Czechoslovakia.

And Barrantes said the ‘Ticos’ have no intention of stopping just yet.

“What we’re doing here means a lot to everybody. We’re writing football history for our country,” said the 30-year-old, who plays for Aalesund in Norway.

“We don’t know how far we can go, but we are focused on going as far as possible. The team is calm, but we’re not too relaxed.

“We’re totally focused on what we want to achieve.”

Chelsea coach Jose Mourinho described the shock win over Uruguay as a “big surprise” but said a win against Italy would be difficult. The Portuguese said the threat of striker Joel Campbell and their tactical system were both “no longer new.”

Costa Rica coach Jorge Luis Pinto responded by saying: “He plays Sundays and Wednesdays and he is not able to repeat what he did the match before? Of course he is.”