FIFA World Cup 2018: All You Need To Know About Tunisia

Tunisia were lucky enough to have avoided African powerhouses on their way to Russia. Facing the Democratic Republic of Congo, Guinea and Libya in the last stage of the African qualifiers, Tunisia kept an unbeaten record and qualified for Russia 2018 after heading their qualification group.

Tunisia played their first match of FIFA World Cup 2018 on June 18 against England and got defeated by 2-1.  The second match was played  on June 23 and again got defeated  by 5-2 against Belgium.Also Read - Arab World Cup hopes now pinned on Tunisia: coach

At  2018 FIFA World Cup, Tunisia are chasing their second victory at football’s biggest stage — 40 years after they recorded their first win in the tournament. Also Read - Get Alli! Tunisia coach singles out Dele the dangerman

Considering the fact that the north African team will face England and Belgium during the group stages, the ‘Carthage Eagles’ might need a lot of luck in their fifth World Cup campaign to make that happen, reports Xinhua news agency.

Tunisia were lucky enough to have avoided African powerhouses on their way to Russia. Facing the Democratic Republic of Congo, Guinea and Libya in the last stage of the African qualifiers, Tunisia kept an unbeaten record and qualified for Russia 2018 after heading their qualification group. 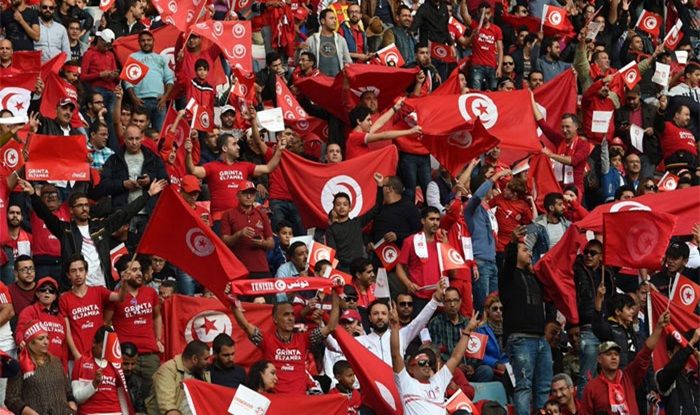 Nabil Maaloul was appointed as Tunisia’s head coach in April 2017. Under his guidance, Tunisia have qualified for their first World Cup in 12 years.

The former midfielder has helped the team build up an acute tactical awareness, which has increased the confidence of Tunisian fans that their side can win at least a game in Russia.

Tunisia’s biggest weakness is the lack of superstars who can lead them to victory. Maaloul announced the team’s 23-man roster after a 2-2 draw with Turkey on June 1.

The squad, dominated by local based players, doesn’t include influential midfielder Youssef Msakni and the Tunisian league’s top scorer Taha Yassine Khenissi, who have both been forced out by injuries.

Defender Syam Ben Youssef is now seen as an important figure in the team, as he will have to deal with some of the best attacking talents in the world.

The 1.89m tall player, who plies his trade in the Turkish league, is good at controlling high balls, but if England or Belgium put the ball behind Tunisia’s defence line , the ‘Carthage Eagles’ could be in trouble.

Considering the other powerful competitors in Group G, trying to beat Panama is the most realistic goal for them.