The ongoing FIFA World Cup 2018 in Russia witnessed its first trouble inside a stadium as fans of Brazil and Serbia got involved in a violent brawl in the middle of the last Group E match which the South Americans won 2-0 and eventually sealed a spot in the knockout stages.Also Read - Toyota To Launch India’s First Flex-Fuel Car On Wednesday; Will Run On Ethanol

A group of Brazil and Serbia fans were seen trading punches in the stands during the match at Spartak Stadium in Moscow. A woman appeared to be caught up in the melee before stewards intervened to stop any further trouble occurring. She was in tears after appearing to be struck and grabbed by a pair of fans wearing Brazil shirts at the end of the game. Also Read - Mid-Air Horror: Video Shows Sparks Coming Out of United Airlines Boeing 777 After Facing Technical Glitch | WATCH 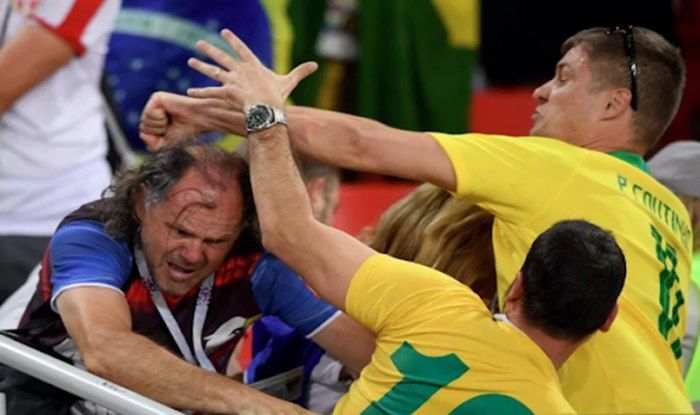 The woman has nowhere to hide as fighting breaks out around her. (Image Source: Getty) 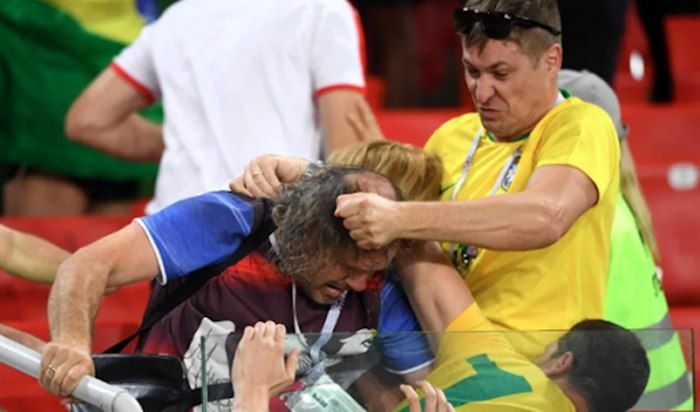 A female fan was caught in the middle as Brazil supporters traded punches with a Serbia fan (Image Source: Getty)

The reason for the trouble is still not clear as to why tempers boiled over during the crucial match which decided who would make it through to the knockout stages. The incident is one of very few at matches so far in Russia amid fears over security before the start of the tournament.

Brazil will face Mexico in Round of 16 fixture on Sunday.